Share on Facebook
Tweet
Submit to Reddit
Email
SlutWalk was created in response to comments made by a member of the Toronto police force, who said that "women should avoid dressing like sluts in order not to be victimized." Since then there have been a number of protests around the globe. That protest came to St. Louis on Saturday, July 16 as scores of people marched down the Grove in condemnation of sexual assault. Steve Truesdell 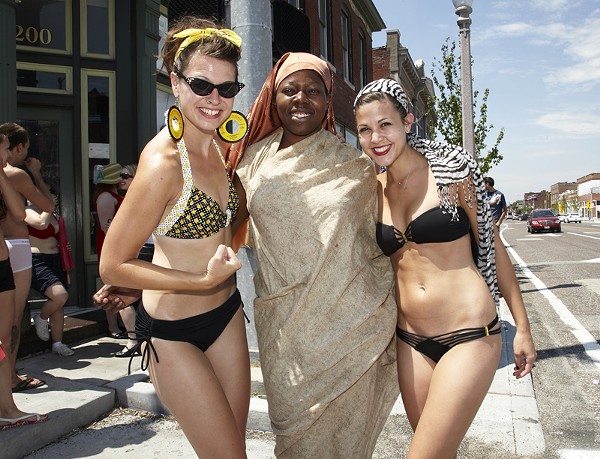