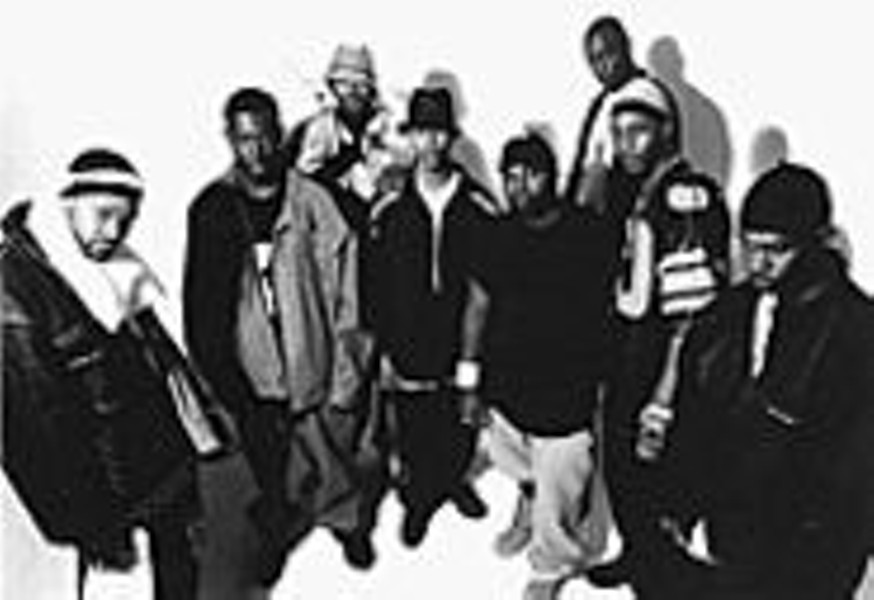 Ah, the Wu-Tang Clan: The often inexplicable band of rap merrymen that absotootley changed the face of rap is coming to the Lou. Sure, you might not be as jazzed about the shinier, seemingly thrown-together Iron Flag as you were about the magnificent and hugely underrated The W. Fair enough. But as long as most of the dudes decide to show up -- well, what the hell, as long as Ghostface Killah shows up -- this should be an evening's worth of raptastic jammertainment. It's worth the price of admission just for the opportunity to hear Ghostface proclaim that he ought to be heading up the war on terrorism in person. Let's face it: He's the only member of the group not to have made a horrible solo album. And live, the man sweats, screams, laughs and cries -- he'll have you doing the same, promise.

And dudes, for shit's sake, let's keep the "I'm gonna give my 20 boys who started rapping last week some shine 'cause they're signed to my new label" quotient to a minimum, shall we? God bless the Wu-Tang's seemingly endless pool of up-and-coming talent -- they're trying to do their thing -- but when it comes down to the nitty-gritty, we want the most out of our twenty-nine-fitty, don't we? So, to quote whomever-the-hell-41: All killer, no filler tonight, gentlemen. We haven't given up on you yet.