MICHAEL THOMAS FOR THE MARSHALL PROJECT Billy Ames, shown in a collection of family photographs, died in 2018 in the St. Francois County jail. 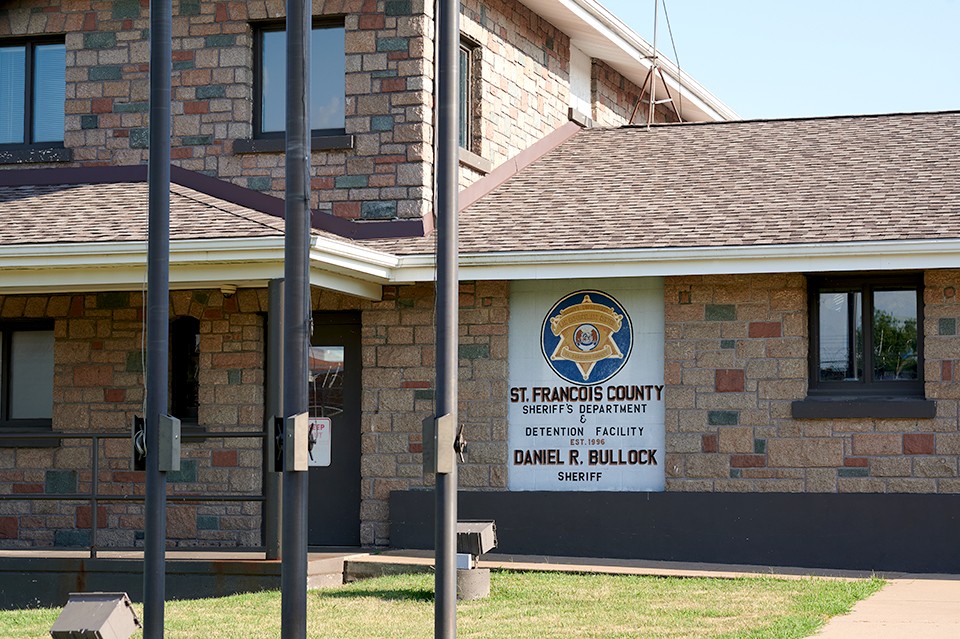 In March, Sheriff Daniel Bullock granted me an interview, and we met in his office, which is full of Western tchotchkes, including a taxidermied snake, a small statue of a Confederate soldier, mounted guns and swords, and pictures of frontier lawmen like "Wild Bill" Hickok and Wyatt Earp. He comes from a family of law enforcement officers, and once told a reporter they believed they had a connection to Seth Bullock, the first sheriff of Deadwood, South Dakota, depicted on HBO by Timothy Olyphant. "I'll work with you until you burn me, and when you burn me, we're done," he told me. "If I read something [in your article] that's not particularly true, I wouldn't advise you to come back."

Bullock declined to discuss the death of Billy Ames in detail, but pointed to the cause of death — an overdose — as evidence that the family's lawsuit was frivolous. "I'll tell you a little secret about Vonne," he said. "She's an ambulance chaser." He was angry that she had taken me in earlier in the week to visit one of her clients, but he agreed to let me tour the jail.

Last December, as Karraker's lawsuits gained attention, administrator Dennis Smith announced his retirement. (Karraker had previously sent a letter to the county commission demanding he be placed on leave.) His departure allowed the sheriff to appoint a new jail administrator who could signal a new era.

It was this new administrator, Jamie Crump, whom I followed into the jail. A restraint chair still sat in a cell near the booking desk, although Crump said it was not used often. Crump spoke about the importance of understanding trauma and addiction, and said he didn't believe in using solitary confinement. He wanted to make it easier for family members to visit. Still, he said, "There's not really been anything that I'm looking at and going 'holy crap.'"

The kitchen was clean and the day's chili was tasty (I tried it), but other glimpses were less encouraging: Many surfaces were filthy, and some of the walls were covered in what looked like black mold. The hallways were dark and a few ceiling panels were missing due to a leak in the roof. The central enclosure, from which guards would be able to watch many of the living areas, was abandoned. In another room, amid numerous screens of security camera footage, a television was tuned to cartoons.

When I asked Bullock about the stories of violence and medical neglect, he said, "Take a trip around the United States, and you'll find every facility has the same complaints." He is not wrong: Ritualized fights, medical neglect and abuse by jailers plague jails across the country, and sheriff's departments frequently face lawsuits. "If they were true, I certainly wouldn't stand for it," he said. "I couldn't have been here 40 years if I was letting things like that go on." When I emailed a detailed list of the allegations in this story to the sheriff, he wrote back: "I am proud of my years of service to the residents of St. Francois County. Based on the timing and content of this article, it is obviously politically motivated. Because of the pending litigation, it is not appropriate for me to comment specifically. I can say unequivocally that these allegations are not true." I sent a similar list to jail administrator Dennis Smith and he said by phone on Monday, "I believe that the sheriff released a statement, and I'll go with that." 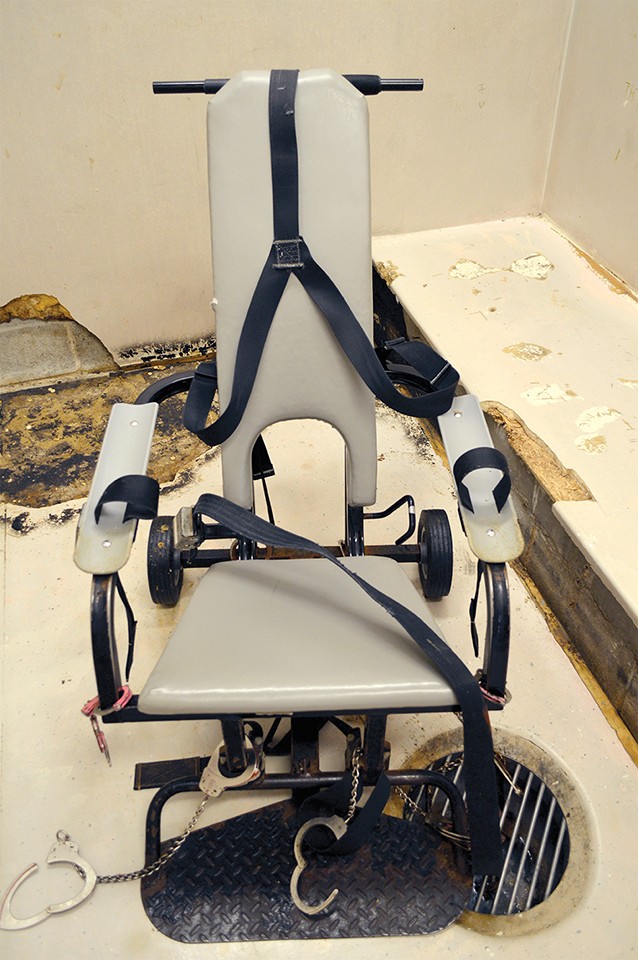 Sheriff Bullock began his career as a deputy, and in 1992 he won the Democratic primary for sheriff, according to the department's website, by 22 votes. He has been re-elected every four years since then. Jim Powell, a former deputy who failed to unseat him in 2000 and 2008, said one man refused to put up his campaign sign because his son had been beaten in the jail and remained fearful of retaliation. Bullock "seems to have a cult following," Powell said. "You can't penetrate it." Some former detainees do not blame the sheriff personally for the conditions inside the jail. "It ain't Bullock's fault, I don't think info gets to him," said Sheila Downs, after telling a story about an officer spraying a fellow inmate with mace.

This summer, nationwide protests sparked by the killing of George Floyd in Minneapolis focused on police departments, whose leaders are typically appointed by mayors. Sheriffs are directly elected and often stay in power for a decade or more. Hundreds of counties will hold sheriff elections this November, and some incumbents like Bullock are now facing scrutiny from voters over deaths in their jails. In early 2020, a retired police officer named Don Ebner announced he would run against Bullock, campaigning with a life-size cut-out of President Trump while criticizing abuses in the jail, like the Ames death, as examples of government overreach.

But Ebner was also battling cancer. In late March, he died.

From his deathbed, he threw his support to Ryan Miller, a 32-year-old former police officer. Miller told me that even if voters don't sympathize with those abused in jail, the problems will ultimately cost them as taxpayers as the county loses lawsuits like those Karraker is bringing. Miller has a local reputation for being liberal, but he argues that the sheriff should not be a partisan position. "Your vote is of much greater impact locally than it is in Washington," he said, noting that "everyone knows George Floyd's name," but many in St. Francois County may not know about the death of Billy Ames.

Ebner was not the only one facing a medical crisis. In December, Karraker was diagnosed with stage 4 breast cancer.

She had survived it before, and made jokes about how her doctors couldn't let her die because her photo graced a calendar the hospital sent out for fundraising. But radiation still sapped her strength; when we met, she was clearly in pain. In late March, she began having trouble breathing. A coronavirus test came back negative, but she was briefly forced to stop radiation treatment, and her pain grew worse. She began making plans with a fellow lawyer and her many clients for how to proceed should she not survive.Even so, she worked with new clients, including Jimmy Dean Cook, who said he was punched by his cellmate and, after picking up his teeth off the floor, was denied medical treatment and then beaten by a jailer. A carpenter named Michael Perry told Karraker that he'd been held in the jail for 24 hours after getting into a fight with his neighbors over noise. He said the jailers ignored his broken fibula and then released him in the dead of night, and he spent four hours dragging his leg two miles to the house of a friend. (Perry filed a lawsuit in June.) "Not one damn thing has changed," Karraker told me.

As the Aug. 4 election approaches, and Karraker's lawsuit over the Ames death edges toward a potential trial, stories from the jail continue to dominate the local Facebook groups. ArchCity Defenders, a St. Louis nonprofit that has sued jails in Missouri, contacted her and is looking for information. But Karraker is handing off much of her work to others as her medical condition worsens. She recently noticed her fingernails turning blue, and she learned the cancer has spread to vital organs. She also needed surgery for an unrelated spinal issue; she remained awake during the operation even though she took a sedative. "I was on my feet an hour later and headed home," she wrote in a text message. In late June, a doctor gave her three to six months to live. She wrote, "The good old boys will probably wish I'd died sooner."