Remember Walter Hill, the writer/director who modernized action genres in the 1970s with such critically acclaimed films as The Driver and The Long Riders and the cult favorite The Warriors? Hill had an enormous success in 1982 with 48 Hrs. (Eddie Murphy's debut film), and ever since, those of us who admired his earlier work have endured a string of misguided high-concept action films, hoping for a return to form for the once-inspired, tough-guy artiste.

Hill's new film The Assignment has received more attention than any film he's made in decades, largely thanks to its central theme, which will strike most people as either a questionably contrived gimmick or a deliberate display of insensitivity.

You be the judge: Waking up in a sleazy hotel covered in bandages, hit man Frank Kitchen (Michelle Rodriguez) discovers that he has been the subject of unwanted gender-reassignment surgery performed by a vengeful mad-scientist surgeon (Sigourney Weaver), whose brother had been one of Frank's targets. Frank comes to terms with this new situation and begins himself to seek revenge.

Frankly, I don't think that Hill was taking any particular position on gender issues when he made The Assignment any more than he was concerned about facial reconstruction surgery in Johnny Handsome or the urban blight in East St. Louis in Trespass. Although he gets a few chances to tweak male and female roles — Weaver wears a suit and tie and Rodriguez seems to enjoy playing at macho swagger — Frank's surgery is just Hill's MacGuffin, a justification for a neo-noir action that he could direct in his sleep. 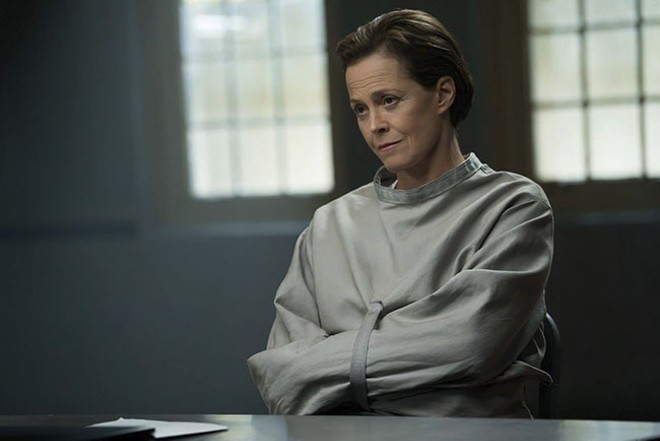 That defense aside, The Assignment is something of a mess, albeit the kind of entertaining mess that Hill has served up more than a few times. Far too much time is devoted to a framing device, a dull rehash of The Silence of the Lambs in which the imprisoned Weaver, in a straightjacket, spells out the plot as she Hannibal-lectures investigator Tony Shalhoub on Poe, Shakespeare and her own unappreciated artistry. The remainder of the film follows Frank's progress and his revenge. It's fitfully interesting, largely owing to Rodriguez's efforts.

The Assignment isn't really clear enough in its intentions to merit indignation. It's a fuzzy action film built around an idea that was never really taken seriously by its creators, and it's their lack of commitment that keeps the film from ever becoming coherent. Some films are met with outrage when they first appear but get a reconsideration years later. (Consider William Friedkin's Cruising, the subject of protests in 1980 and now considered by some a landmark of gay cinema.) Other films are considered misfires when they premiere but earn a closer look later on when the sense of disappointment isn't so immediate.

Most of Hill's films fall into the latter category, adequate action films that still contain a glimpse of the artist's original skill. I suspect that anyone who takes a second look at The Assignment in twenty years will see it not as a statement on gender but as a minor, occasionally interesting genre piece, just a notch or two below Johnny Handsome.