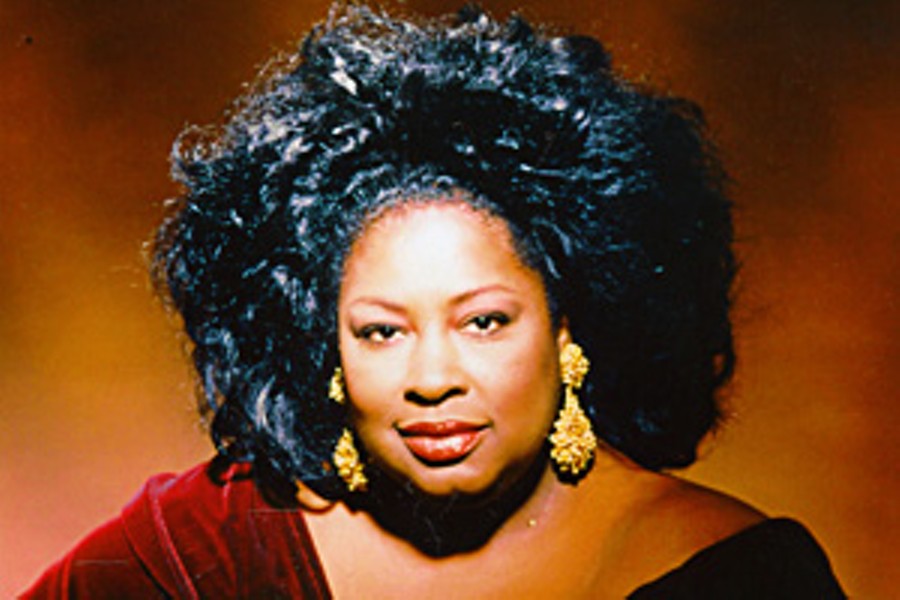 Shirley Brown: "Singing in clubs was a bridge in my career, a way to showcase myself."

Check out the Top 10 bad-ass Stax Records covers in a slide show.

The year is 1974; the place is Memphis, Tennessee. In the Stax studios on McLemore Avenue, a young protégé of blues giant Albert King is getting her shot at one of the most unusual songs in the history of the label. Shirley Brown is 27 years old, and she's been waiting for this song all her life.

"Woman to Woman" was written by the Stax team of James Banks, Henderson Thigpen and Eddie Marion. It opens with a recitation, not an unknown device in soul music. But never before had there been such frankness in the delivery, the tone of one woman speaking directly to another, albeit a rival. "Woman to Woman" is not a soul version of Dolly Parton's "Jolene." The love triangle it explores is a private conversation with everything at stake.

Hello? May I speak to Barbara? Barbara, this is Shirley.

You might not know who I am, but the reason I'm calling you is because I was going through my old man's pockets this morning, and I just happened to find your name and number.

Over evocative strings and some eerie, slow-burn psychedelic guitar lines from Bobby Manuel, Brown recites a litany of her devotion to a man she knows she can't trust. She even pays the note on his car. By the time the first chorus comes around, Brown turns her confident declarations of love inside out. She knows what it's like to be in the other woman's shoes; she prays the other woman knows as well.

"Woman to Woman" reached No. 1 on the R&B charts and No. 22 on the pop charts. In 1978, Barbara Mandrell would realize the country-pop potential with her own version, and even Jewell would have a minor hit with it in the '90s. "Country and R&B are kinfolk," Brown says now, unsurprised by the crossover success.

Had Brown never recorded another song, "Woman to Woman" would be enough for soul immortality. And, to be sure, she never found another song quite like it, another meeting of music, story and persona. Stax Records folded a year after her first session there; Brown decided to try her luck in New York with the fledgling Arista label.

"Stax closed and we were left without a deal," Brown says, calling from Memphis, Tennessee. "We went to New York and did some demos for the legendary Clive Davis. I was one of the first soul singers he signed. I was there before Whitney and Aretha. Clive said that if we could ever get the right material, we could have a hit. But he felt that the material was too Southern. He didn't want that Southern soul sound. He really wanted his female artists to cross over. But that wasn't my thing."

Brown was born in 1947 in West Memphis, Arkansas. As a child her family moved to Madison, Illinois, just across the river from St. Louis. Like most soul singers of her generation, she began singing in the church, but in her teens she already had ambitions to follow the lead of the women who were dominating pop and rhythm & blues radio.

"Nancy Wilson, Aretha Franklin, Gloria Lynne, Dinah Washington, Gladys Knight," Brown says when asked to name her early influences. "It was the time of women back then. It was an era when women had big gigs all the time. That was my aspiration."

By the time she was fourteen, Brown was singing in the legendary Harlem Club on Route 3 in Brooklyn, Illinois, a town known as Little Las Vegas, though Brown says she never felt any backlash from her church community: "Most people who go to church, go to a club, believe it or not. I didn't give it that much thought. I was just a girl trying to make it. Singing in clubs was a bridge in my career, a way to showcase myself."

In the Harlem Club, Brown worked with Oliver Sain, a mentor who took her into the recording studio, and even placed a few cuts with the small Nashville label Abet. The singles "I Ain't Gonna Tell" and "Love Is Built on a Strong Foundation" raised her profile in St. Louis, but wider exposure eluded the ambitious young singer.

"If you were with Oliver, you were into something," she says. "He was the person who got me on local television. They tried to put dancers with me, and he knew I was good enough without that. We did a little deal with a company in Nashville, but we never had distribution."

But the bluesman Albert King was listening and knew the potential of her voice. "Albert used to sneak into my sets on Wednesday nights and say, 'I'm gonna get you out of here, I'm gonna get you out of here,'" Brown recalls. "Oliver would come back and say, 'Leave my artist alone, man!' It was funny. But when I left Oliver, I was scared to tell him I was going to quit. But Albert swooped me up, just like Cinderella."

It's tempting to consider where Brown's career might have gone had Stax survived through the '70s. Like her friend and fellow St. Louisan Fontella Bass, the rap on Brown was that she sounded too much like Aretha Franklin. The voice on "Woman to Woman," however, sounds assured, resilient, but also delicate and vulnerable, in a way that Franklin rarely is. With the right song, Brown could convey the emotional arc of a true-to-life narrative as well as any of her more famous peers.

After her deal with Arista collapsed, Brown found a home with Malaco, a small but persistent Jackson, Mississippi, label that specialized in modernizing Southern soul and blues with a contemporary urban flair. Brown has remained with Malaco for two decades, and this spring she'll release Shirley Brown: Unleashed. She still believes in her voice and the unpredictable potential of the right song.

"I believe that if your record is good enough, it will cross over on its own," she says. "At Arista, Clive Davis wanted me to do a Bette Midler song or something like Barbra Streisand. I could probably sing those kinds of songs, but I didn't feel them."