Mabel Suen The interplay of caraway and dill elevate this ham and cheese on rye to the stratosphere.

Ted Wilson got a job loafing — OK, actually, it was making pizza. In 2008 the baker found himself back in his native St. Louis, chatting up Mike Randolph about making the perfect slice. Randolph was getting ready to open his Neapolitan pizzeria the Good Pie in midtown and was in search of a pizzaiolo. But in classic Randolph fashion, he didn't want someone merely to make dough and man the oven. He wanted an obsessive type — someone who understood that, at its root, pizza is bread and should be built around dough no less special than what is found at an artisanal boulangerie.

Randolph was talking to the right guy. After working grueling "baker's hours" at the acclaimed Sullivan Street Bakery in New York City, Wilson was looking to venture into Neapolitan pizza. He went to work for Randolph, creating the Good Pie's signature crust. Then he started baking bread for the restaurant, playing around with different flours, techniques and recipes. When Randolph's Ferrara oven could no longer contain his ambition, Wilson hung up his peel and set out to open a bakery of his own.

That now-two-month-old temple to pain, Union Loafers, was a long time coming. The idea was originally hatched some time around 2010 when Wilson and Sean Netzer, who is now his business partner, worked together at the Good Pie. Though the pair brainstormed ideas for the bread-focused concept, it took roughly five years for their dreams to coalesce. After leaving the Good Pie, Wilson took a front-of-house gig at Urban Chestnut to make some money as he sketched out plans for the bakery, while Netzer continued to build upon his already extensive knowledge of wine, beer and spirits at 33 Wine Bar. Once they settled on a concept and a spot, they recruited Brian Lagerstrom, formerly of Niche, to head up the café side of the operations. For what they insist is a humble storefront, Union Loafers has some astounding talent.

It shines through not just in the food but in the design of the space as well. Wilson and Netzer undertook an ambitious rehab of the corner building at McRee and Tower Grove avenues, doing much of the work by hand — anyone who laments the delay in opening need only speak with the pair about the year and a half they spent unemployed so they could personally tuckpoint and do the carpentry on the historic property.

Today, the two-story rust-colored façade beckons patrons inside from Botanical Heights, a neighborhood which is rapidly gentrifying, but still has a largely industrial vibe on the main drag. Inside, the space has the feel of a French-bakery-meets-modern-loft with exposed brick and whitewashed walls. Diners can sit at reclaimed wooden tables decorated with vases of fresh flowers or an L-shaped bar made from repurposed bowling-alley lanes. The daily offerings are handwritten on a chalkboard over one of the counters.

And those offerings! Wilson provides an impeccable bread canvass for Lagerstrom's sandwich masterpieces. Crusty flour-dusted ciabatta is the base for the restaurant's signature sandwich, the roasted pork. Thin slices of rosemary-kissed pork tenderloin; creamy, prosciutto-like country ham; and crisp pickles are accented with rustic grain mustard. Perhaps the best part of the sandwich is when the liberally slathered housemade garlic mayonnaise squishes out through the bread's little cracks. 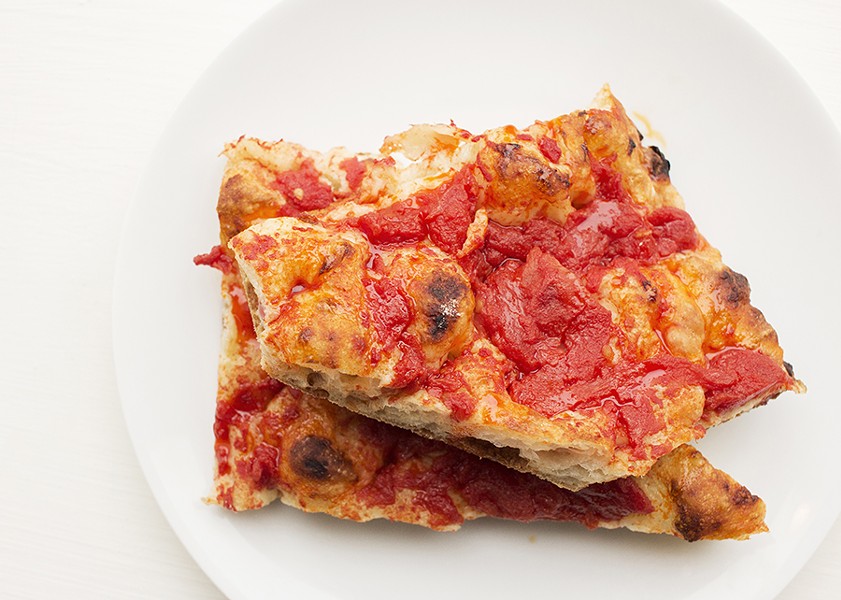 To call Union Loafers' ham-and-cheddar a simple ham and cheese sandwich is like calling Opus One some fermented grape juice. The thinly shaved country ham and pungent white cheddar provide the salty heft, but the real star is the beautiful play of the caraway in the rye bread and the floral dill flavors of the pickles. Think of everything that is right about rye-bread dip, multiply it by ten, and then add the tart, textured pop of the grain mustard sauce for good measure. Even a PBJ sandwich is magical here — a crunchy, housemade peanut butter and a thick layer of Concord grape jelly harmonize on "light and mild" bread. 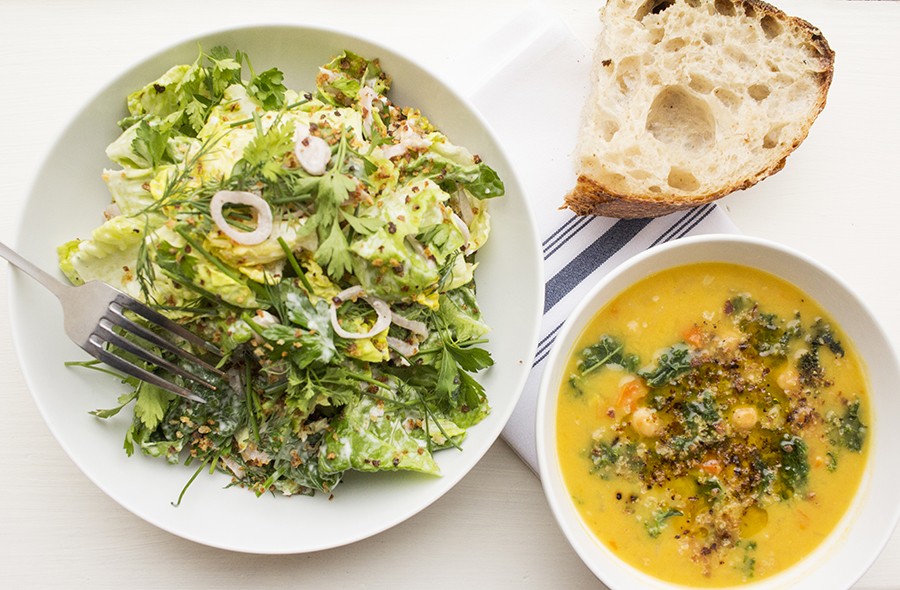 Non-sandwich offerings are equally impressive. A hearty kale and garbanzo soup is enlivened by carrot, fennel, olive oil and hints of Middle Eastern spice. And next to the roasted pork sandwich, the "Little Gem" salad may be the best thing on the menu. Greens and fresh herbs are tossed with buttermilk dressing. Seasoned breadcrumbs take the place of croutons, giving each bite a uniform crunch, and hunks of bacon the size of half-dollars put traditional bacon bits to shame.

Wilson honors his pizza roots with a focaccia-like Roman-style square, served sans cheese with crushed tomatoes and spicy chile oil. It's so perfect in its simplicity that extra toppings would seem superfluous, while the cheese bread is another example of the power of a few well-executed ingredients. The thick doughy square is baked with Emmenthaler and olive oil so that it's hard to decipher where the bread ends and the cheese begins. And Wilson's humongous, rustic pretzels make other versions seem like they belong at a pool hall snack bar alongside a cup of fake cheese.

Union Loafers does not serve dessert. (Why bother, with La Patisserie Chouquette across the street?) Not that you will want for anything after carb loading at this impeccable restaurant — except, maybe, a sourdough round to go. Or another of those roast pork sandwiches. For a bunch of loafers, these guys show that they are about so much more than bread.