For decades, the Spencer family sought justice for Judy. But what if they got the wrong man?

Judy's shoe was found at the crime scene after her killer strangled her with her shoelace, then blasted her with a shotgun.

Part two in a two-part series. See part one, "A Killing in the Hills"

From the thirty-second floor of the Met Square building in downtown St. Louis, attorney Charlie Weiss can watch the Mississippi River's slow roll.

"It's very frustrating," he says, reclined at his desk on a recent December afternoon. "You don't want to see somebody suffer in prison for something they didn't do, particularly for a murder like this."

Weiss has been striving for years to free inmate Donald "Doc" Nash, a former lead miner from Salem, Missouri. In 2009, Nash was convicted of fatally strangling his girlfriend, Judy Spencer, back in 1982. Nash is now in his seventies, and serving a life sentence. Weiss believes he is innocent — and running out of time.

"Doc's health is not good," the lawyer says. "Hopefully we'll get him out before he passes away."

If anyone can, it's Weiss. He's a slight and unassuming man with small-town roots, but his résumé reads like an avalanche of honors, achievements and board seats. He is a partner at Bryan Cave, a firm headquartered in St. Louis with 1,000 attorneys worldwide. His specialty is commercial and complex litigation, though he has done some pro bono work for low-income criminal defendants — most famously, for Josh Kezer.

Kezer spent sixteen years in Missouri prisons for a homicide he didn't commit. Weiss and his colleague Stephen Snodgrass got Kezer exonerated. Their victory inspired an episode of 48 Hours, resulted in a $4 million settlement and prompted people across the country to contact Kezer about their own innocence campaigns.

So in December 2011, Kezer wasn't surprised to receive an email with the subject line, "Innocent." It was from a woman named Diane Monnett — Doc Nash's daughter. She was desperate to free her father. Over several hours, Monnett and Kezer traded six emails, and Kezer came to believe in Nash's cause. He referred it to his former attorneys the next morning.

Weiss and Snodgrass began poring over the original highway patrol reports and the trial transcripts. Right away, they saw holes in the case.

Some of it was a matter of faulty presumptions. Judy had been strangled and left in a remote Ozarks forest, with some of her clothes strewn about the crime scene. The state reasoned Nash must have been the killer who tossed her clothes in the woods because, when questioned, he could detail the outfit she'd been wearing.

Yet, the attorneys noticed, Nash had likewise been able to recall the outfit she'd worn even before that. After all, he'd been at home while she changed clothes, and watched her leave in anger. Later that night, while driving around looking for her, he likely thought about her clothing.

The state also tried to cast suspicion on Nash for moving in with another woman shortly after the murder. "Talk about motive," prosecutor Ted Bruce had said in his closing statement. "Gee, I wonder why Judy's not so important now." But Nash wasn't trapped in a marriage with Judy, so this "motive" made no sense. Plus, it led the state to make two incompatible claims: that Nash was hell-bent on possessing Judy on one hand, and escaping her on the other.

The state further pointed to Nash's nervousness when he was twice visited by the highway patrol in March 2008. On the second visit, Nash trembled upon learning that his DNA matched material under Judy's fingernails, muttering, "It's not possible." The attorneys thought: Wouldn't that be the natural reaction of someone about to be wrongfully accused of murder? How did the state expect him to behave?

Once Weiss and Snodgrass turned to the state's physical evidence, they saw a deeper weakness: None of it clearly placed Nash at the scene — and some of it pointed elsewhere.

For one thing, investigators in 1982 had noticed fresh tire tracks near Judy's body, made by a van or truck. The tracks measured 70 inches between the wheels — which didn't match either Judy's Oldsmobile or Nash's Chevy.

Secondly, Judy had been shot in the neck, but Nash didn't own any firearms. His ex-wife's brother kept a shotgun in his unlocked truck, yet patrolmen had tested that weapon and ruled it out.

Thirdly, Nash submitted to a gunshot residue test the day the body was found. The result was negative. While administering this test, officers looked at Nash's arms, neck and face, and noted no scratches or struggle marks. 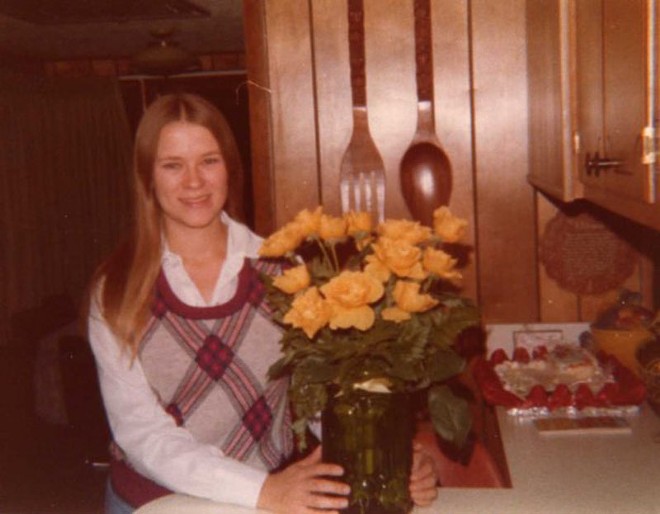 That fact led the attorneys to a flaw in the state's showcase exhibit: the fingernails.

The prosecution argued that since Judy washed her hair right before her death, the presence of Nash's DNA under her nails meant she must have scratched at him, fighting for her life. However, the analyst who discovered the DNA couldn't tell what kind of cell it came from — blood, skin or something else. Her predecessors had viewed the nails through a microscope in 1982 and saw no tissue at all.

So the attorneys asked: Could there be a simpler — and totally innocent — explanation?

Schanfield explained in a 2014 affidavit that skin cells obtained by scratching are flaky, tend to sit loosely under the nails and wash away with ease. "Body fluids," however, tend to flow, "and can be pushed deep into the crevices under a person's fingernails."

Scientific research on this topic is "limited," Schanfield wrote. But three years after Nash's trial, the Canadian government's Centre of Forensic Sciences published a survey of studies from which an "overall picture" emerges: Foreign DNA gets transferred easily by body fluids during sexual behavior, and even a hard scrubbing of fingernails with soap and a brush fails to remove it all.

The most likely source of Nash's DNA, Schanfield writes, was a bodily fluid such as semen or saliva. And that points to consensual contact, not a strangling. (Asked right after the murder when he and Judy last had sex, Nash guessed two days before her death.)

As an expert forensic witness — one boasting a 27-year career filled with published books and articles, a master's degree from Harvard and a doctorate from the University of Michigan — Schanfield was paid for this opinion.

However, he points out, he's not contradicting the state's expert. At trial, she only ventured to say she "would expect" that hair-washing would have "a great effect" on Judy's nails. Under cross-examination, she admitted total ignorance of how much DNA had been under Judy's nails to begin with; whether Judy actually used shampoo, and if so, how much, and whether it was soap- or detergent-based; and whether the couple touched each other when Judy returned home to change clothes on the last night of her life.

Absent this critical data, it's impossible to say with any scientific certainty whether Judy and Nash had had a mortal struggle, Schanfield wrote.

The DNA evidence in this case, he concluded, is "essentially meaningless."