Tour the World of Gravois

THEO WELLING Gravois once cut along the far reaches of the city, which probably accounts for all the nearby cemeteries, historian Michael Allen says.

The problem for St. Louis historian Michael Allen is that he can't pop into a bar without someone asking him a question about the city's past. And present. Or future. For example, he figures that the preponderance of graveyards that exist along Gravois came about due to that property lying on what was then the outer edge of the city at the time of the 1876 city/county split, with decades to follow before major development would begin to creep towards that county line.

The Gravois graveyards are a distinctive feature of the city's weirdest, wackiest road, but it's not as if there's only one thing that categorizes the street as it winds out of the split with Tucker in Soulard and slashes its way across the city's terrain on the way to Affton. In the interests of good journalism, we popped into a few of the myriad businesses that call Gravois home, picking up on the weird and wonderful vibes that many of them offer.

Area 51 Gifts (6925 Gravois Avenue, 314-353-5192) and Eclipse Gifts and Smoking Accessories (6917 Gravois, 314-457-9503): You can find classic headshops throughout the region, but you can't always find two of them on the same block. Different sides of a similar coin, Eclipse has the poster game on lock; if you've been thinking about making your basement a D&D destination, this shop has your black light poster needs covered. Area 51, meanwhile, is deep in the CBD/kratom scene, with an array of items from that world and a staff that'll quickly inquire as to your pain relief or alt-smoking needs.

Bob Stevenson's Shoe Repair & Leatherwork & Orthotics (5423 Gravois, 314-481-1138): Old-school to a T and possessing the mastercraft of its namesake proprietor, this is a place where you can get your shoes repaired. By Bob Stevenson.

Ciggfreeds Liquid and Lace (6839 Gravois Avenue, 314-300-8750): Some businesses are content and able to deal in only one product line. Others opt for variety as the spice of life. An example: Ciggfreeds. Enter this place and be greeted by a friendly staffer, who efficiently gives you the lay of the land. Go upstairs for the smoking/vaping/CBD/kratom world of products and down to the sub-basement for quite the selection of sexy-time accessories. The choice, then, is yours. 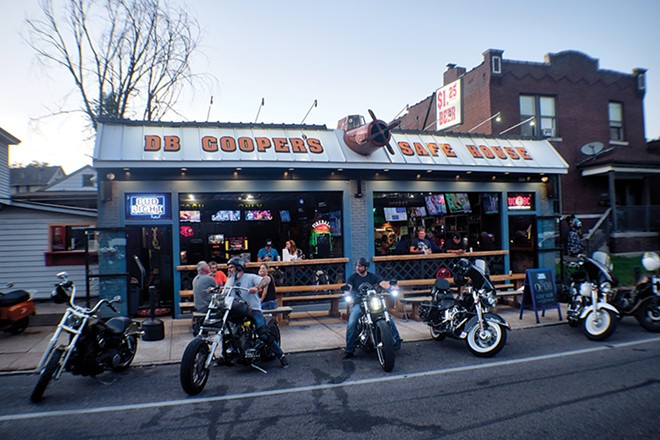 DB Cooper's Safe House (6109 Gravois Avenue, 314-499-7119): There are bars that play to their strengths and their basic appeals, and there is nothing at DB Cooper's that'll surprise a first-time visitor to this spot. And, yet ... there aren't a lot of bars in St. Louis with this sort of open-door front wall approach, giving a sense of the vibe of bars in Southern college towns, like Austin or Athens. In most respects, this place couldn't be further from a spot in those locales, but the views of Christy Park are solid and the local macro-micro beers (like UCBC) are especially affordable.

Mariscos el Gato (4561 Gravois Avenue, 314-282-0772): Gravois' transition into a destination zone for Mexican food (and a street of ever-changing identities) is well represented by this restaurant, which opened in the area after the owners split from an operation on Cherokee Street and moved into a space originally built as a German bar and restaurant. See the phenomenal backbar for evidence of such, the craftsmanship of that piece among the greatest of any in town. After a run of short-lived bars called this place home, Mariscos el Gato has found quite a spot for growth, in a neighborhood that's seen new Mexican restaurants pop up with regularity.

Old St. Marcus Cemetery (6638 Gravois Avenue): An oddity no matter where located in the city, this cemetery was created in 1865 and closed in 1960. By 1977 it became a St. Louis park, with many of the graves moving further out on Gravois to the New St. Marcus Cemetery. A number of them, though, were left in this space, which has the eerie feeling of being both public walking park and decommissioned boneyard. A walk through the Old St. Marcus, rehabbed over the past couple of years, gives you all the unique and compelling feelings. And, it should be noted, it's October soon, and all the local teens are readying themselves for some after-midnight strolls.

Papa Legba's Spiritual Supply (4535 Gravois Avenue, 314-556-3164): It wouldn't be a shocker to walk down a major thoroughfare in New Orleans and run into a shop like this. On Gravois, though, Papa Legba's causes at least a few second glances. The shop is a classic, stocking all manner of incense, candles, books, tracts, oils, spell casters and assorted oddities, dedicated to different faith traditions, including those of the non-mainstream sort. The dusty charm only adds to the appeal. While the owners are probably okay without every lookie-loo popping through for a quick visual gander, our guess is that more than a few sales have resulted from folks simply scratching the itch to see what's inside, before leaving with an intentional candle.

Southside City Speed Shop (5616 Gravois Avenue, 314-481-7500): It's doubtful that any fans of hot rods don't know about this space, which rebuilds engines for classic and high-performance cars, as well as after-market items for the same. Considering how often fast cars enter the conversation of Gravois' future, this place has to make any such list. 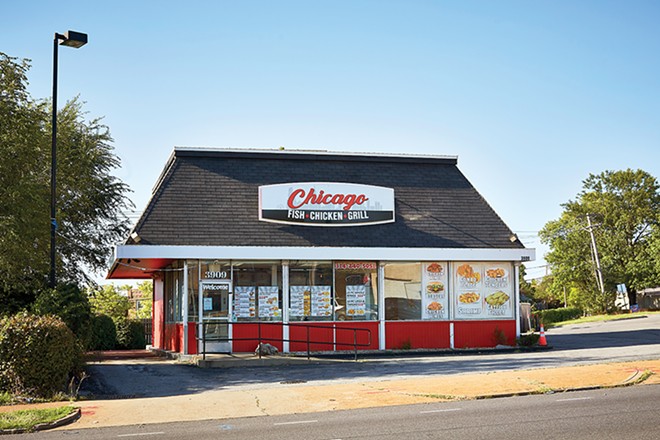 Chicago Fish & Chicken Grill (3909 Gravois Avenue, 314-240-5051): If it's food and can be fried, it's on the menu at Chicago Grill, formerly Tasty Shack. Equidistant from Gravois' intersections with Grand and with Chippewa, this spot has gained a cult following, of sorts, in a space that had/has been a revolving door of fast-food options. This ain't health food. But it's tasty, if no long Tasty.