Tossing Gender in the Blender 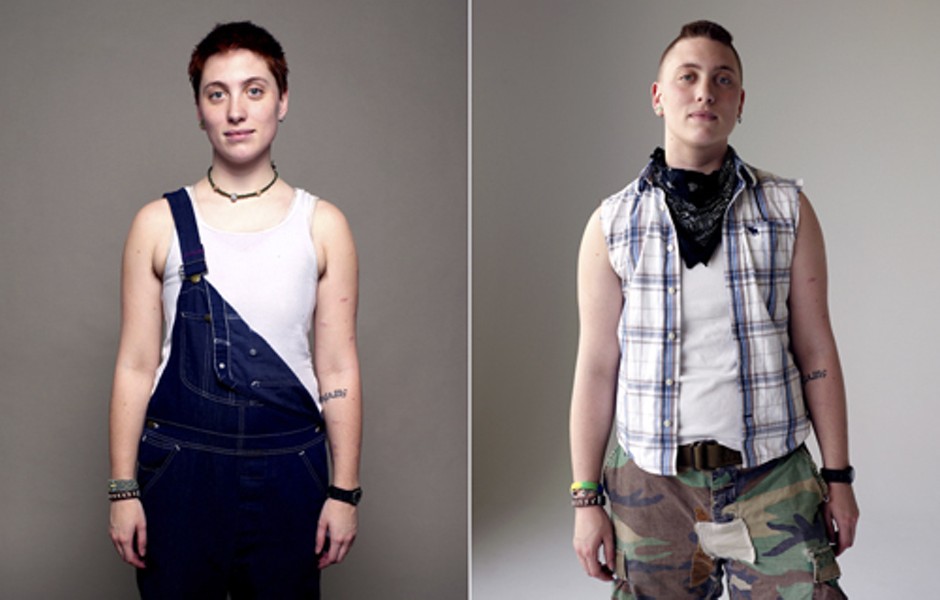 Aisle 1 Gallery (2627 Cherokee Street; 314-330-8869) celebrates Pride Weekend with the solo exhibit Gender Bender. Sara Swaty, a commercial- and art photographer, takes slick portraits of her peers that needle the hairline distinctions determining gender. Be it a pose (Marilyn Monroe-esque, but struck by a middle-aged man), traces of makeup (lipstick on a boy) or articles of clothing (skirts versus ragged jeans), the tropes that often define gender are dismantled and questioned for their inherent normative associations. Often set starkly against single-hue backdrops, subjects include those actively undergoing gender reassignment, who alternately play up their role as “other” in vamping postures or appear intimately unassuming in what would otherwise be off-camera moments. Swaty’s eye is inclusive and empathetic; all images have the feel of self-portraits rather than objectified documentation. This is, of course, key to their point: “Normal” is whatever you make it. The exhibit opens with a free reception Thursday, June 21, from 7 to 10 p.m. and will remain on view through June 23.
June 21-23, 2012