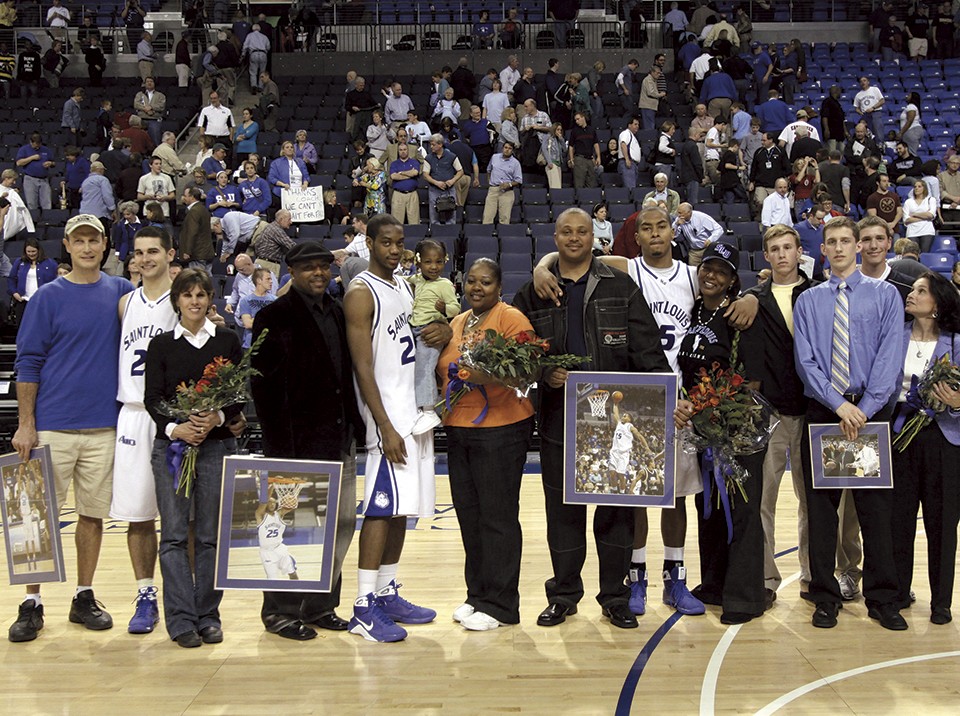 Liddell's trajectory, however, changed after that sophomore year. His court time would stay the same during his final two years, but his other stats declined. His scoring, his shooting percentage ... many of the key numbers pointed downward, and Liddell is blunt today in saying that his re-upping for his last two years was a mistake. If he was going to risk gambling on his NBA potential, in retrospect, that was the moment. Scoring about fifteen points a game, with an average of seven rebounds and three assists while seldom coming out of games, his stock was never higher.

The NBA, a league that banks on potential, knew of Liddell that year; SLU's coaches were getting asked questions about his game and intentions. A big guard/small forward with an improving jump shot, an ability to flash to the hoop and a still-improving defensive game, Liddell faced a choice.

"I should've left," he says today.

He explains. "I don't like school. I can do it, I just don't like school. ... But some people convinced me to stay. Coach (Jason) Grunkemeyer told me some teams had called and asked about me." Instead, he wound up having surgery on his ankle — and then Soderberg was fired.

Soderberg says, "I think most guys understand that the percentage of players who play professionally, compared to the number that start out in college basketball, is very small. But many think, 'I'm not the one that won't make it, I'm one of the ones that will.' I think in Tommie's case, he had a legitimate idea that he was good enough to play for money, somewhere around the world. His skill set was phenomenal."

Still, the cost-benefit analysis is complicated. Should a talented player be patient, or seize the day? Sometimes neither will get you to the NBA, but you still can't help but ponder the road less traveled.

"Tommie," says Thorpe, his former recruiter, "maybe had some interest after that sophomore year. But to his credit, he went back to school and did the right thing. People fail to realize that in today's generation, it's easy to leave. There are now 700-plus Division I basketball transfers every single year. It's the easy thing to do. But even though Coach Majerus and he didn't see eye to eye, Tommie stuck it out."

Still, he didn't graduate. After Liddell played his last game as a Billiken in the spring of 2009, his academic life took a pause — one that lasted about nine years.

These days, Tommie Liddell III lives in a subdivision on the edge of Shiloh and Belleville, where multiple housing developments have cropped up; the styles match for a few blocks, then radically change at a single intersection. It's an exurban neighborhood, cut out of farm fields and about a 30-minute drive from downtown St. Louis. As the crow flies, it's not terribly far from the Gompers Homes of Liddell's youth. But it's also pretty removed from that world.

Liddell has a one-story duplex here, with little on the walls and not much suggesting the personality of the man living inside. But if nothing else, he's close to family here. Very much so. His mother, Diane Rhodes, lives fifteen minutes away in Belleville, while his father, Tommie Liddell, is just around the corner. Daughter Taja, ten, and son Demondre, eight, live nearby as well. Working at a plant in Belleville, currently on a supervisor's day shift, his world could seem tightly bound by a few square miles of southwestern Illinois.

"For me, this is where I'm at at this moment," he says. "If an opportunity produced itself, then I would definitely explore moving, to St. Louis or out of town. I'd definitely think about it. My girl was asking me if I'd move and it's something I've thought about. Because you figure everybody wants more opportunities. Maybe being here, you wouldn't find as many opportunities as in moving to a certain area, like Atlanta, or something like that." 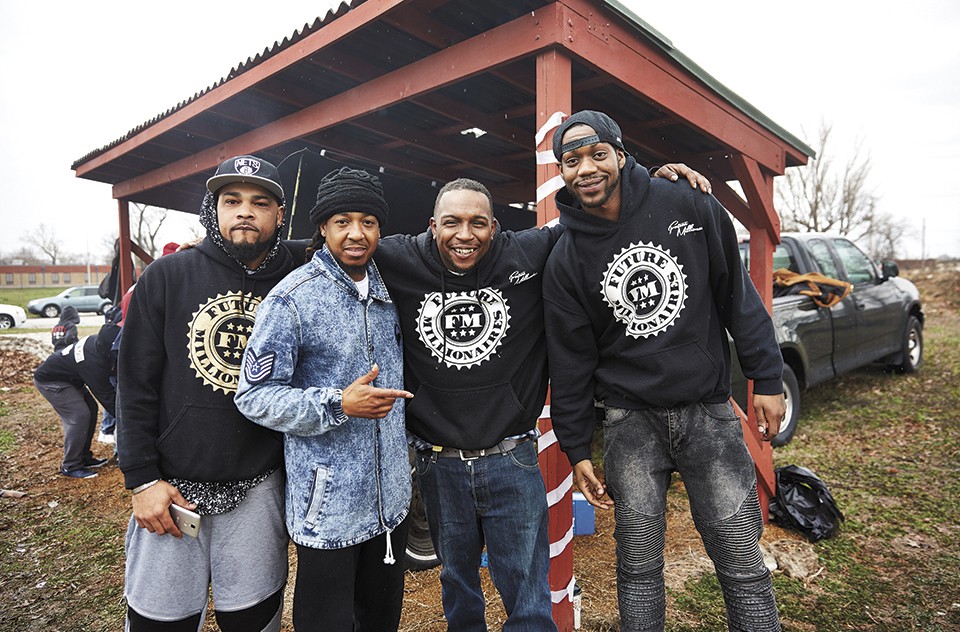 Implied, indirectly, is that music would be the impetus for the call of Atlanta. Music has been a constant companion since his earlier days at SLU.

As a freshman, Liddell recalls, "the team went to Hawaii. I didn't really know anyone. In the summertime, we played together, but I never really hung out. I was young and quiet and there were a whole lot of older people on the team, juniors and seniors. In Hawaii, I'd walk around with my headphones on all day. They thought I was weird, I think."

One of those older people, forward Justin Johnson, eventually befriended Liddell. The two would spend time in Johnson's room, playing around in what was becoming an amateur studio. The situation reoccured in Amsterdam a few years later, where Liddell would hang with a fellow expat player, name lost to the mists of time; they'd fiddle around on ProTools in their apartment, two twentysomething Americans in one of the world's most exciting cities, staying in to cut hip-hop tracks day and night.

"When I wasn't playing basketball, I was making music in Justin's room," Liddell recalls. "We were always recording. When I went overseas to play, I was still recording. I had an Apple Macbook and my roommate told me about GarageBand. That became all I used to do: basketball practice, or a game, then back to my room to prepare some music. When I came back from overseas, I let more people hear it.

"Some of my friends were already doing music, so we got together and came up with a name, Future Millionaires," he says. "It was a song I'd already made. We got that going and made it into an entertainment company."