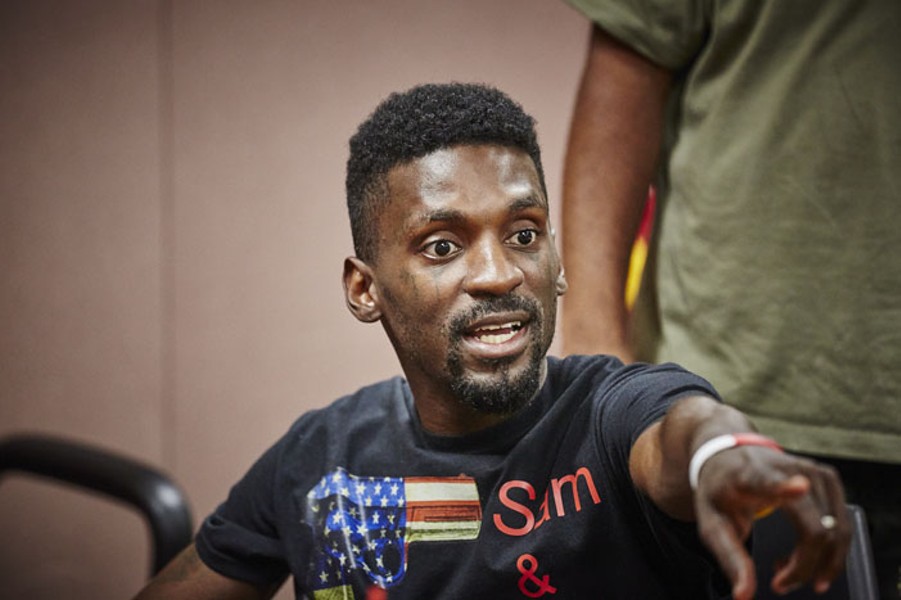 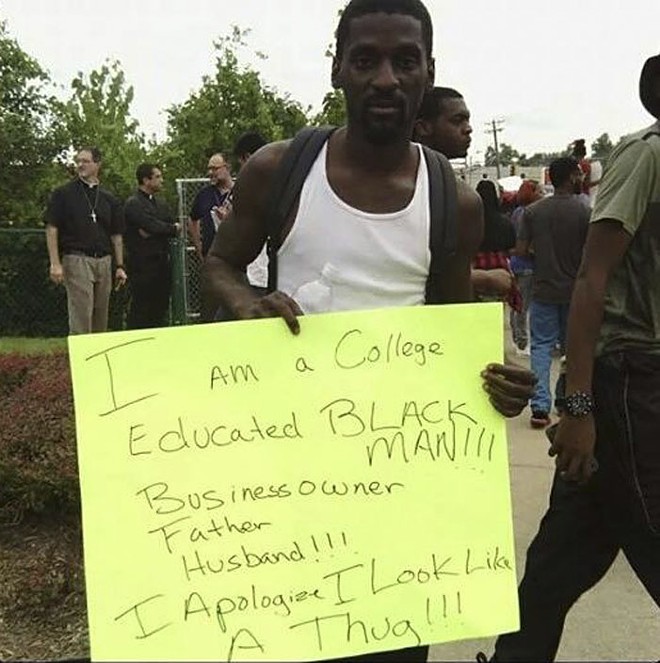 The story of Franks' youth is inked onto his skin.

The "Gibson" tattoo on his right hand refers to the street where he grew up in the Forest Park Southeast neighborhood. There, on June 7, 1991, Franks' older brother, nine-year-old Christopher Harris, died from a gunshot wound to the back. Witnesses said a crack dealer had used him as a human shield against an attack from a rival. Franks was only six.

The boy's death caused a public outcry, which led to a city-sponsored gun buyback program that eventually brought in some 7,500 firearms. Some of those guns were later melted into a statue of Harris that still stands in front of Cardinal Glennon Children's Hospital.

A second family tragedy struck that same year, in the same neighborhood: In December 1991, Franks' cousin, Roger Fields, a city sheriff's deputy, was ambushed outside a bar on Manchester Road and killed.

To escape all the violence, Franks' mother moved her children to the Cochran Gardens housing complex downtown. But it turned out to be worse.

Franks remembers peering out their apartment window late one night and watching a man on his knees plead for his life to an armed robber, who shot the man anyway. (Thanks to neighbor involvement, Franks says, the perpetrator was later caught.)

It was around this time Franks first met a policeman. Rodney Wilkerson, a city officer, was a family friend. One day, he gave the boy a globe as a gift.

"Kids from the 'hood don't play with globes," Franks observes. Wilkerson pointed toward St. Louis on the map, which was so small, it wasn't even marked. "He told me, 'There's a much bigger world outside what you living in.'"

Franks soon learned that lesson first-hand. His parents, separated by that time, both moved to south city, but Franks spent his days in the southwest St. Louis County suburbs as a voluntary desegregation student in the Lindbergh School District. His classmates were mostly white.

"It was a culture I wasn't used to," he says. "But we got to grow together. To this day, they're some of my best friends."

Upon graduating from Lindbergh High School in 2002, Franks enrolled at St. Louis Community College's Florissant Valley campus and ran track (the triple jump and long jump were his specialties). But at the end of 2004, a gun ended his athletic career.

Franks says he had just finished playing basketball in the Walnut Park East neighborhood when a shootout erupted close by. He took a stray bullet in his right knee.

After the injury, he tattooed the name of his daughter Taj, who had just been born, on both his right temple and his neck.

"I didn't know how long I was gonna live to be her father," he says.

Even that episode didn't compare to the dual tragedy that befell him two years later, which inspired the tattoos streaming down from his eyes.

Just before 8 a.m. on October 20, 2006, Franks got into a heated cell-phone argument with his then-girlfriend, Juanita "Buggy" Betts. She was driving north on U.S. 67 near Jamestown Mall, when suddenly, the call cut out. Franks assumed she had hung up on him.

Later that afternoon, he discovered the truth: Betts had crossed the center line and T-boned another car carrying a married couple (both Hurricane Katrina refugees, it turned out). All three died in the collision.

As if that weren't enough, seven days later, Franks' grandmother, Bonnie Jeanne Harris, who had helped raise him, succumbed to cancer.

"The double impact — I still haven't gotten over it," he says. The tattoos under his eyes, he says, are for "the tears I don't have to cry anymore."

Franks threw himself into a new hobby: rapping. When not toiling in the restaurant industry as cook, server or bartender, he wrote verses and entered open-mic nights. With influences ranging from Eminem and Stevie Wonder to Rod Stewart, he adopted the stage name "Ooops," which he tattooed on both his face and neck. He eventually recorded with Wacka Flocka Flame and the local rapper Huey, who is his first cousin.

His lyrics during that period contained more swagger than social commentary. In "Stand Up," a single released in 2010, he bragged about his native St. Louis as "the real murder capital":

It's goin' down hurr,

you can get lost and not found hurr,

trip and we let off some rounds hurr

But he soon opted for a more domestic vibe. In July 2010, he met Dana Kelly, an insurance saleswoman and poet. They went on their first date the next month and have been inseparable ever since. Perhaps it was fate: They were both born on September 22. They chose that day in 2012 to get married.

By the summer of 2014, they were living in a well-kept, two-story brick house in Benton Park West. Between them, they owned and operated an Allstate insurance office a block away, in addition to a seasonal Kwik Tax office and Kwik Print shop on Cherokee Street. They also had a son named King.

On King's first birthday, Franks posted a video online of the happy baby wiggling his arms. It was August 9, 2014.