The World's Fair and the Lost Dead of St. Louis' Human Zoo

For Langholz, those questions twist even deeper now that she has located the site of the five graves in Calvary Cemetery.

The complete lack of an identifying memorial disturbs her. But she says her first attempts to contact the cemetery led nowhere, because she only had first names for each person, as they were listed in the 1904 newspaper reports. Later, she discovered that the St. Louis Archdiocese database of burial records did, in fact, list the five deceased residents of the Philippine Village, including their ages and dates of death.

It confirmed what she had found in her search of the cemetery — but it didn't explain why there were no gravestones there.

Last week, in response to questions from the Riverfront Times, a spokeswoman for Catholic Cemeteries of the Archdiocese of St. Louis confirmed that "there are no records of previous markers" related to the five burials, though records show they were completed "as an act of charity" and therefore are "typically unmarked."

But the archdiocese's statement also pushed back on the notion that these markless graves — those of people who never wanted to be buried in St. Louis and whose mourning rituals were mocked as pagan — have been forgotten.

"The grave sites, as with all grave sites on Catholic Cemeteries properties, are never lost nor forgotten," writes Maria Lemakis, a multimedia manager with the archdiocese's Office of Communications and Planning. "All are treated by Catholic Cemeteries with the same care and reverence. The blessed remains of all who rest in Catholic cemeteries make them places for remembering, forgiving, hope, healing, and thanksgiving. They are a bridge to the communion of saints." 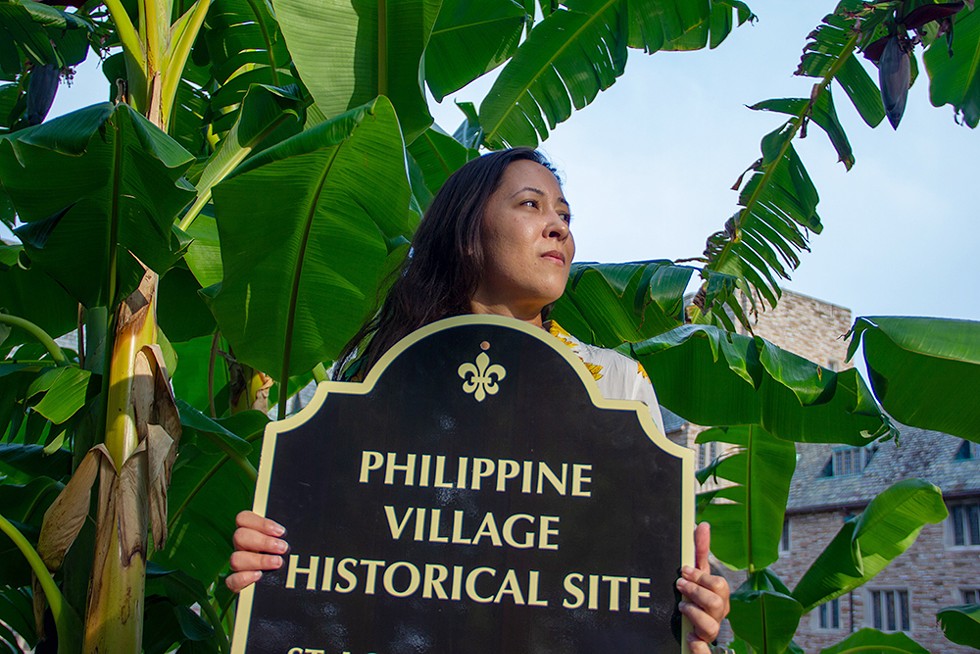 One could make that argument for the five buried in Calvary, but it can't be said for Maura, the teenager whose body had been put "on display" after the fair. After months of searching, Langholz finally discovered her name listed in a database of St. Louis death records, though without a burial place.

Langholz believes Maura never left: "That leads me to believe that her body was never shipped back to the Philippines as promised."

Instead, it appears that Maura's body, or at least portions of it, was donated for anthropological research to the U.S. National Museum, an institution later renamed the Smithsonian. The museum's 1905 list of acquisitions includes a brief description of the subjects, including the anatomy and tribal identification. Among them was "the cerebellum of a Suyac Igorot ... collected for the Museum from the Philippine department and the Louisiana Purchase Exposition."

"I don't know what happened to the rest of their bodies after they took out the organs that they wanted, but I know it's Maura's," Langholz says, "because she was the only Suyoc Igorot who died at the World's Fair."

To die, be displayed, then forgotten and donated — this was the path of Maura and, Langholz believes, several other Filipinos, Africans and Native Americans who met their ends during the fair.

But Langholz is just one person, pushing back against the silence of a century. Each week, when she visits Calvary, she lays fresh flowers to replace the ones blown away by the wind or torn up by a groundskeeper's lawn mower.

Then she greets each of them by name. Ibay, Falayay, Basilio, Maliquido and Dadao.

"There's kind of a ritual that we do in the Philippines, where you just say the name of the deceased, over and over, to invoke their presence and remember them in this space," she says.

"It's to let them know that they haven't been forgotten."