The St. Andrews Cinema Keeps the $1 Movie Alive Deep in the Heart of Suburbia

Tristan Ratterman has a shock of curly hair, a fun sense of style and a personality that betrays the heart of an actor and the head of a promoter. The 21-year-old works two jobs, but the one he's most passionate about may be his side hustle: playing Dr. Frank-N-Furter in the "shadow cast" at late-night screenings of The Rocky Horror Picture Show.

It was the success of the Rocky Horror screenings that led to one of his paying gigs, as a manager at the St. Andrews Cinema.

Ratterman is one of three managers holding down the fort at the St. Andrews, an independently owned, old-school movie house located just off the Zumbehl Road exit of I-70 in St. Charles County. On any given night, one of them keeps the 49-year-old discount cinema operating, sometimes with only a single employee to assist at the three-screen facility.

Ratterman's other job, doing "file manipulation and data work for Big Pharma," might sound less exciting, but it all fits together. Says Ratterman, with a performer's flair for the quotable, "From a lab coat to lingerie, these are the environments I work in between, all the while pulling popcorn out of the soles of my shoes."

For as long as movies have flickered on the screen, young people have taken jobs at movie theaters. But the St. Andrews, with its $1 films and affordable concessions, is a bit different than that shiny, corporate-owned multiplex. Just about everyone involved is young, Ratterman says, without a soul over 30. All live within a few miles of the theater.

Keeping the place running is a labor of love. "Working at this movie theater is a dream job," Ratterman says. "I work another 35 hours a week somewhere else, but I really do want to be here."

He adds, "I would love to say that I'll still be working here in ten years, but with how the movie industry's gone, I don't know how it'll survive for another ten years."

For just shy of five decades, the St. Andrews has survived, despite all the cinematic trends pointing in every other direction. While thousands of cars on a daily basis speed by the St. Andrews' huge, highway-side signage — adorned with its funky/artistic lettering system — it's safe to say that many of their drivers have never stepped foot inside the theater. Their loss. Stopping here is not only a chance to take in a cheap show; it's an opportunity to glance inside a bit of classic Americana. 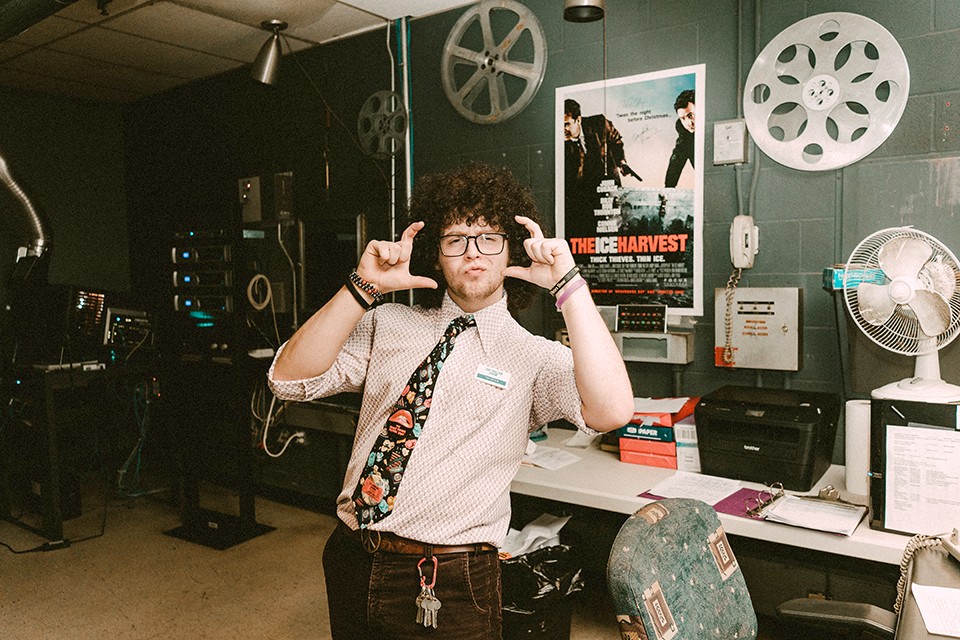 On December 19, 2018, south St. Louis County's Keller 8 Cinema screened its last movies. That 2,500-seat house, which sold tickets for an affordable $3.50, announced its closure via social media only a day prior; so few people showed that evening that the night's final showings simply didn't screen. The Keller 8, itself a part of the Wehrenberg chain when it opened in 1988, had become a part of the tiny Rialto chain in later years, a business that halved itself with the closure of the Keller.

The Keller was an outlier, one of the small number of second-run movie houses in the region that now claims an exclusive membership of only two: the St. Andrews and the St. Clair 10 in Belleville, the discount outpost of the Marcus chain. Through a slow attrition, other movie houses of this sort have closed over the years, as suburban cinemas built in the heyday of the blockbusters (the 1970s and '80s) have shuttered, some finding new uses like dollar stores or banquet halls, others falling into disrepair or to the wrecking ball.

The reasons for the decline of neighborhood movie houses, of course, come by the bushel. A partial list would include the rise of cable TV, quickly followed by the home theater explosion. Physical media played a role, from the wars of VHS versus Beta to the later upgrades to DVDs and Blu-rays. Today, streaming video keeps many potential moviegoers tied to their couch; increasingly, even award-bait releases can be accessed on opening weekend with a few clicks of your remote control, no need to leave the house.

To compete, cinemas have battled back with everything from stadium seating to in-house restaurants. Many offer limited discount nights, often on Tuesdays.

Of course, at the St. Andrews, every night is discount night and, the workers note, the films themselves don't always matter that much to its clientele. Seated inside the cinema's snug ticketing booth on a recent Thursday night, manager James Fullerton doesn't have to hard-sell the Peter Jackson film They Shall Not Grow Old to one gent at the window. Fullerton simply says "it's a World War I documentary" before the man plunks down two dollar bills, one for himself and one for his son.

"And that guy you just saw, with the two girls," Fullerton says of the previous customer, "he's here pretty much every Wednesday."

Fullerton suggests that the appeal for moviegoers is the same as it ever was. The seats and amenities at the St. Andrews remain modest by modern standards, but that hardly matters.

"They like getting out of the house," Fullerton says, "seeing the film on a bigger screen than they have at home. They like being with friends and family."

And they like doing so at that cost of a single dollar. After chatting with Fullerton, I popped into that evening's lone showing of BumbleBee, wanting to catch pretty much anything, yet not knowing the first thing about the film. (The 2018 release is part of the Transformers series, which I learned in the first five minutes of bombastic, CGI-dominated action. The decades-old screen and battle-tested sound system were up to the task.) There were fewer than a dozen people in the audience on this weeknight. Even so, a few of them bounced early, which you can afford to do when you've invested all of 100 cents.