Although "young adult," or YA, literature, has been so loosely defined as to include almost anything ever read by teenagers, one of the genre's chief appeals is that it represents problems both real and fantastic as seen through the freshly opened eyes of the once innocent. The heroes and heroines are all young Holden Caulfields (though often less foul-mouthed, bitter and cosmopolitan) on the verge of the great realization that things are not what they seem. Their relationships are unstable, their families carry dark secrets, adults and authority figures are not to be trusted and that cute guy who just showed up in English class is a vampire.

The YA field has moved into films as well, from obvious examples like the Twilight and Hunger Games films to recent independent titles like Leave No Trace, Eighth Grade and now The Miseducation of Cameron Post, which is based on a popular 2012 novel by Emily Danforth and told firmly from the point of view of its teen-aged heroine.

The film opens with a scene that looks like 1950s Americana, as teenagers in a Montana small town get ready for junior prom. That nostalgic bubble bursts within minutes; it's 1993 and Cameron Post (Chloë Grace Moretz) is caught in the back seat in a clinch with her best friend Coley ... who is, yes, another girl. In what seems like a matter of days, Cameron's rather distant family (she's an orphan, living with relatives) ships her off to God's Promise, a gay conversion center run by the ineffectual Reverend Rick and icy therapist Dr. Marsh.

While enduring a curriculum that ranges from hellish pop-Christian banality to New Age psychobabble (students are encouraged to spend much of the year drawing a picture of their "iceberg," where the SSA — that's "Same-Sex Attraction" — is the part visible above surface), Cameron simply struggles to get along with her fellow students/inmates. Some are genuinely guilt-ridden true believers; others, like her friends Jane Fonda and Adam Red Eagle, are just biding their time until they can see a way out. 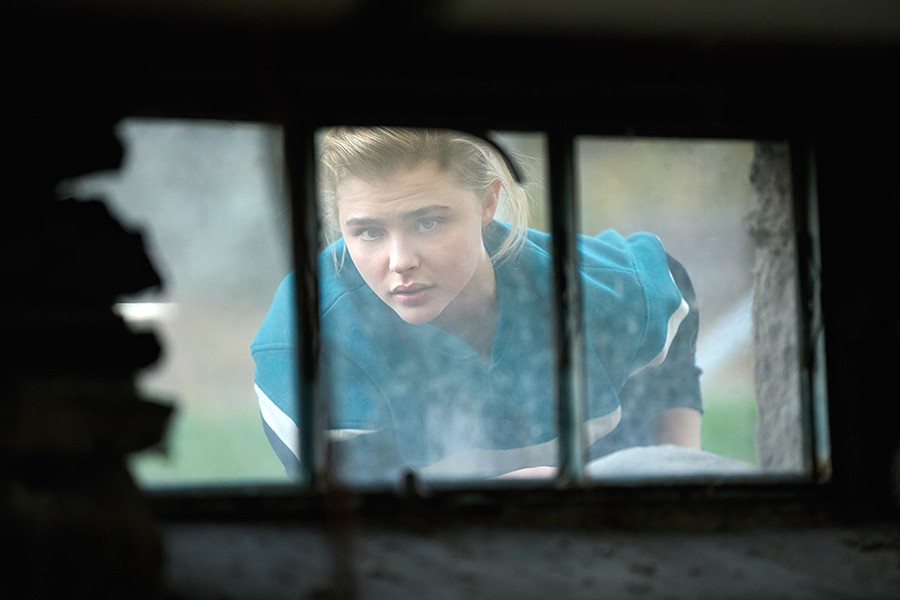 Director Desiree Akhavan treats Cameron's story with a light touch. God's Promise isn't something out of The Snake Pit and even Dr. Marsh, despite the bland, unreadable terror in Jennifer Ehle's performance, is no malicious Nurse Ratched. It's closer to The Breakfast Club, only without John Hughes' class stereotypes.

Avoiding the melodramatic, Akhavan lets Moretz carry the story with a kind of practical resignation, a refusal to toe the pseudo-spiritual line or bow to pressure. The story is slight, but Moretz turns it into a small portrait of courage. We see her disappointments, her moments of friendship and connection (working kitchen duty with Fonda and Red Eagle, they defiantly turn the radio away from bland Christian rock and share an exuberant performance of the 1992 Four Non Blondes' hit "What's Up?") and most of all, a steadfast determination to remain true to herself no matter how absurd her surroundings. In the best self-conscious YA tradition, she matures in a hostile environment but remains standing.