There were no Black midwives in Missouri before Kellman came along.

In October 2015, she signed the papers with the state to launch what would become Jamaa Birth Village in Ferguson. She was already a doula at the time and had just begun training to become a certified midwife through the Midwives College of Utah. People confuse the two professions, but a doula supports the mother and looks out for her well-being throughout the birthing process. A midwife has medical training and delivers babies, while providing support before and after pregnancy.

Kellman saw a critical shortage of both Black doulas and midwives to serve Black color, especially women who weren't wealthy. It was little more than a year after Michael Brown was killed by a Ferguson police officer when she opened Jamaa, and a new incarnation of a civil rights movement that ignited in response to his death was still evolving. Kellman says she had at first resisted the idea of being an activist. And on its surface, opening a center that drew on age-old traditions to help bring babies into the world may not seem controversial.

But there was an undeniable social justice aspect in what Kellman wanted to do through Jamaa. She hoped to right a wrong and offer opportunities to women of color who had been ignored and mistreated by powerful forces in society. There was also an element of revolution in bucking the mainstream maternal health system.

"Me doing this is going to be radical first," Kellman remembers thinking back then. "And then it's going to be hard." 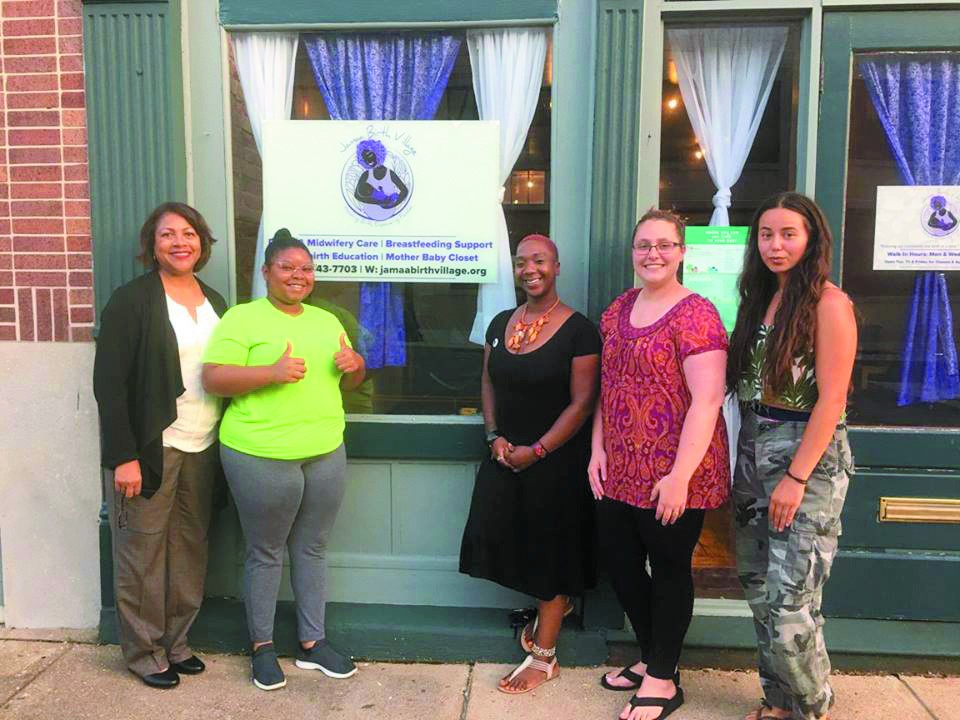 One of the early obstacles was mundane but no less daunting — money. Kellman knew what kind of operation she wanted to build, but getting it started was an act of faith, not finances. Her fledgling nonprofit began with an all-volunteer crew, and they found a starter home in a Ferguson storefront. In 2018, a space that previously held an SSM Health clinic opened up on North Florissant Road. Kellman appealed to the charitable nature of the building's owner and persuaded him to sell it to Jamaa for just $50,000 — a $150,000 discount from asking price.

"I'm not one bit disheartened," she told the RFT's Sarah Fenske in 2018. "I will ride forth until midnight tomorrow — and keep going until the end of the month."

Her confidence was rewarded almost instantly with an influx of donations. They included a surprise gift of $45,000 from a donor representing a private foundation, giving Jamaa enough to close on the building and begin renovations.

Not long after, Kellman graduated from the Midwives College of Utah and became the first Black certified midwife in Missouri. There was still plenty of work to be done in building Jamaa, but more of the pieces were falling into place.