The Hissing of Lawn Mowers 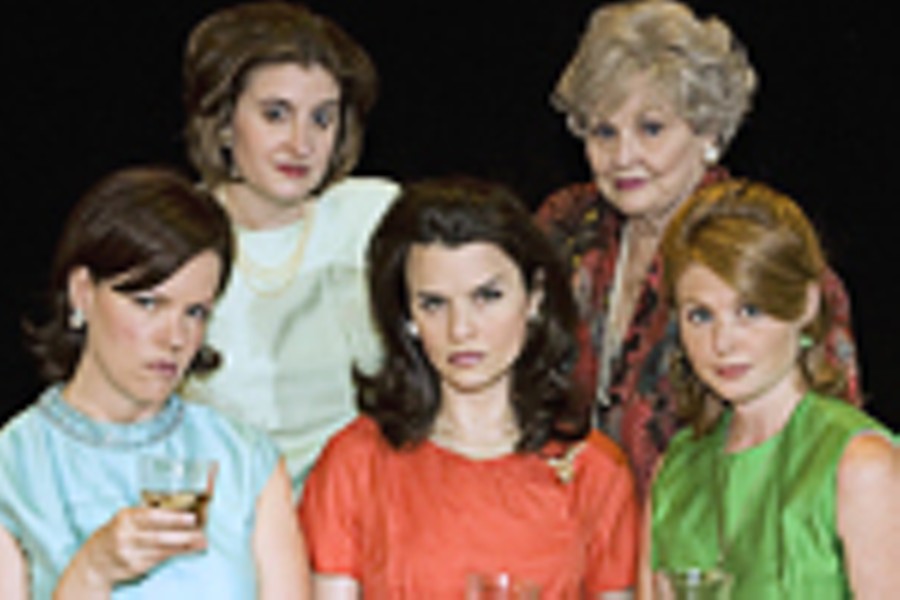 Jenny and Richard are your slightly-less-than-average suburbanites. They have the house in the proper neighborhood, but they don't have the cash to quite keep up with the neighbors. Richard has designs on the perfect lawn mower, the sort of status symbol that lets everyone know he and Jenny have made it; the couple discuss the greenhouse that would mark them as successful. But there's just not enough money for these necessaries — there's never enough money to buy the sort of happiness they deserve. So when Mrs. Toothe appears, a fairy-godmother-made-real, and promises Jenny that there are ways to earn the money, why, how can Jenny resist such an offer? Happiness is just dollars away. Everything in the Garden, Edward Albee's adaptation of Giles Cooper's black comedy of the same name, is a pointed attack on the perils of suburbia. It's not the boredom, or the gossip, or even the desperation that will sink you: It's the want. Stray Dog Theatre closes out its season with Everything in the Garden at 8 p.m. Thursday through Saturday (June 4 through 20; there's an additional 2 p.m. performance on the final Saturday), at the Tower Grove Abbey (2336 Tennessee Avenue; 314-865-1995 or www.straydogtheatre.org). Tickets are $18 to $20.
Fridays, Saturdays. Starts: June 5. Continues through June 20, 2009