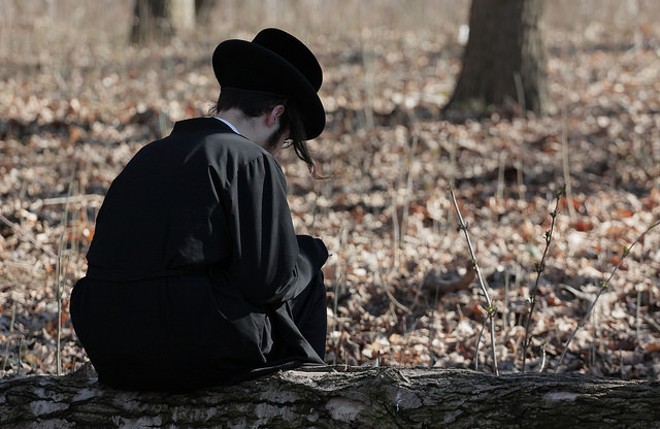 Before there was Shulem Deen the author, there was the Hasidic Rebel.

Around 2003, a blog with that title appeared online. Published anonymously on Blogspot, it was a fascinating chronicle of a young man gradually going off the derech, or drifting away from traditional Jewish observances and practices, in real time. This was no small matter. The Hasidic Rebel lived in an unusually strict Orthodox community where secular, goyishe influences were frowned upon. This was a world where it was considered blasphemy to watch television, read magazines or listen to secular music. The Hasidic Rebel wrote about doing all these things — and posted them on the Internet, no less, where he had access to all manner of sins large and small. He knew he ran a serious risk of being shunned if word got back to his community.

The Hasidic Rebel disappeared in 2004 without any real resolution. He briefly returned in 2006, but went offline for good in 2007.

Now the Rebel is back. Only this time, he's using his real name. 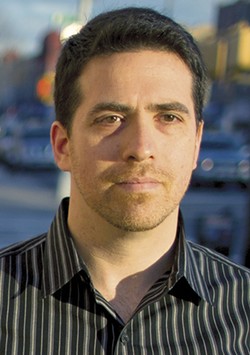 Shulem Deen's All Who Go Do Not Return is a remarkable memoir of this turbulent time and its messy aftermath. As a teenager, Deen left his Borough Park neighborhood to join the Skver Jewish sect in Rockland County, New York. Settling into the village of New Square — insular even by Orthodox standards — Deen took a wife by shidduch, had four children, and eked out an existence from job to job. However, he slowly found himself drifting, letting in the forbidden world.

First it was the radio. Then it was newspapers. Then television and videotapes. Finally the Internet and trips across the bridge to Manhattan. In the end, Deen found himself an outcast. The Skverers excommunicated him, his wife divorced him and eventually his children abandoned him. He achieved the freedom he sought, but at the expense of his entire life.

Ex-Hasidim have written myriad books over the past few years. All Who Leave Do Not Return stands out with its self-aware, incisive tone. This is no angry screed. Though Deen now considers himself an atheist, he does not condemn Judaism or his former community, even as he describes his gradual alienation and faces the results of his decisions. His story does not fit a neat narrative arc, nor does he try to force it into one. Indeed, parts of the book are very funny and touching.

These days, Deen makes his living as a freelance writer. He runs the unpious.com website, and he counsels fellow wayward Jews as part of the Footlights organization. He will appear at the St. Louis Jewish Book Fair on Thursday, November 5, at 1 p.m. He was generous enough to answer our questions in advance of this appearance.

Riverfront Times: How did you come to write this book?

Well, one of the reasons I left the Hasidic world was that I had aspirations I wouldn't have been able to pursue had I stayed there. One was to be a writer. In 2010, when I decided I was going to seriously look into writing a book, I wanted to write a novel, not a memoir. As it turns out, my agent was more enthusiastic about a memoir. And the more I thought about it, the more I thought it would be a good place to start. I wanted to write a story, but not necessarily my story, but I realized it was one I could probably write well. I wanted to write a good book, and I knew would have to teach myself. It took about four years in all to write, starting in 2010.

Did you re-live bad memories during the writing and editing process?

Not for most of it. The book was not public therapy for me. I had sufficient distance to be somewhat reflective about it. I was in a very angry place writing the last chapters, but I didn't want that anger to come through. That would crowd out the reader's own feelings and responses.

Have you heard from anyone in your old community about it?

Nothing that I thought was incredibly noteworthy. I'm still in touch with some friends who were on the fringes even when I was there, and they've read it. But there has been no explosive reaction. I don't think they really paid it that much attention. I don't think the book is inflammatory in the way that other books about the Hasidic world have been, and I chose not to make it so.

That's one thing I get from the book: You don't seem that angry with the religion or the community as a whole.

Well, I didn't leave when I was a teenager, watching the clock to turn eighteen to get my freedom and get out. I was an adult, and that lifestyle was very meaningful to me until it no longer was. Then I had a problem. It was only when I stopped believing, and I found myself confronted with choices I had made years earlier, that it became so difficult. Once I did make the decision to leave, I didn't leave with anger and bitterness. But once I did leave, I had a lot of trouble with people who were trying to keep my kids away from me. That includes my ex-wife and some others. It was just devastating. But I realized as a writer you have to give your reader room for their own feelings and responses.

One thing I noticed is that you didn't mention the Hasidic Rebel blog much.

Well, I talk about it a little bit. I did speak about how it was, for a brief period, a therapeutic outlet for me. I was writing about my world when I was in a stressful place of feeling like I didn't belong, but couldn't extricate myself from it. But the truth was, I think I didn't know how to turn it into narratives. Not everything is a story. But it allowed me to engage with the outside world. Or made me see that there was an outside world interested in hearing about these experiences.

Did that response surprise you? Some of the Hasidic Rebel posts had hundreds of comments from people going through the same experience.

It certainly was transformative. It allowed me to think about the world more clearly. It was absolutely a revelation to me that people were going through something similar. But also, New Square is a very, very insular place, even by Hasidic standards, to the extent that if you live there you don't come in contact with non-New Square Hasidim. So I had no idea what was going on in the rest of the Hasidic world. The blog connected me.

I'm speaking a lot, writing a lot of articles. I have a new column at the Jewish Forward about the aspects of Jewishness I take with me now, as someone who's completely steeped in it but rejects the foundational dogmas.

In terms of personal life, things have not changed with my family. I am not in touch with any of my children in any real sense. My second daughter just got engaged. She did not call me, and I did not receive official notice. She's nineteen now, and she has a job. I called her and she was very sweet and gracious, but also wary. She gave me her cell-phone number, but asked me not to text her. It reminded me how it was all pulled away from me and how devastating it was.

I will say time does heal wounds. I find meaning in helping create unity, and put a lot of hope in my creative work. The book has been very well received, which is gratifying. As a writer you spend so much time on your own, and it's hard to get a sense of how this would impact the reader. It's been incredible. —Mike Appelstein

Shulem Deem will read from his book on Thursday, November 5, at 1 p.m. as part of the St. Louis Jewish Book Fair at the Jewish Community Center. Tickets are $15.