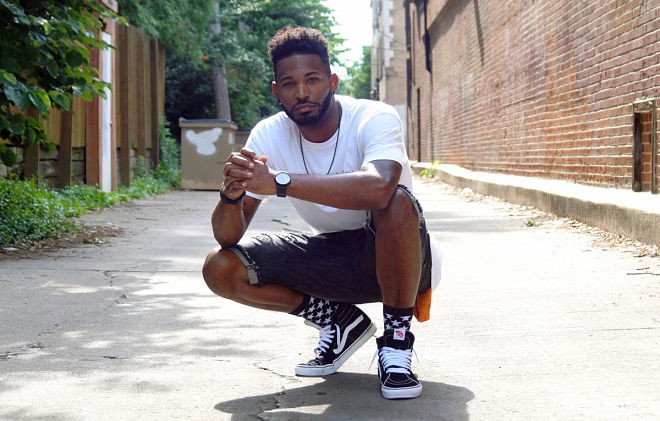 A beatmaker, producer and emcee, Preston Bradley has been busy this August promoting his newly released solo album — posting videos, updating social media and making sure his music is available across all streaming platforms. It's a task that is wholly separate from the actual work of being a musician, but according to Bradley, who releases music as Cue ColdBlooded, it's all in the game.

"It's just another part of the process of the work," says Bradley. "I already got tired of posting stuff yesterday, and that's just day one."

Normally you can find Bradley as one-half of the hip-hop duo the Domino Effect, alongside fellow emcee Steve N. Clair. The pair's most recent album, Satellites, was a highlight of last year's local releases, and the group's approach — often pairing mellow, throwback beats with sharp, of-the-moment lyrics — positioned Domino Effect as both stewards of hip-hop history and truth-tellers of life on modern-day St. Louis streets.

But with Yourz Truly, Bradley has released his first solo full-length (an EP released under the moniker C.U.E. came out in 2014). On it, he channels many of the same soulful, hazy vibes as on his main project, but he holds his own as a lyricist who can be cocksure, vulnerable and searching across these twelve tracks. 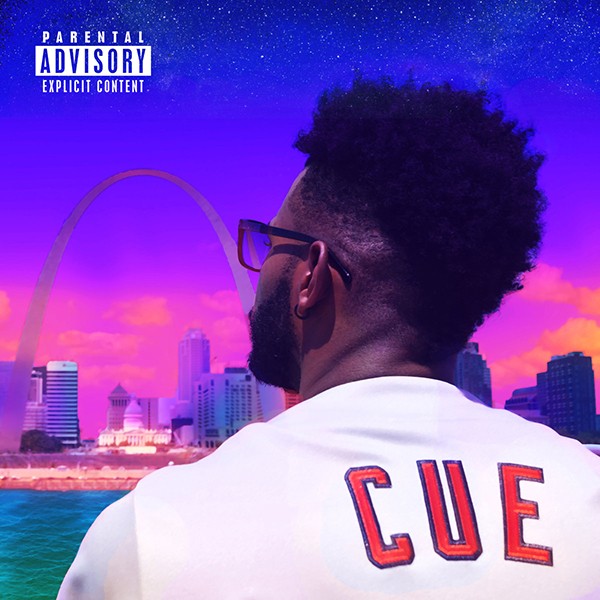 "After doing the Domino Effect LPs, I felt like I was my most comfortable I have ever been, ever, on this project," says Bradley. "I wouldn't say I didn't know who I was as an artist, but now I'm the most confident I have ever been, in my mind."

That confidence translates clearly on lead single "Making Moves," which employs some G-funk-era production as Bradley glorifies the tenacity of staying on the grind. But it's later in the album that he broaches the same subject with a bit more honesty about the mental and emotional toll. The eerie and skittering "Fly Away" finds Bradley copping to self-medication as a form of escape.

"'Fly Away' was kinda like where I wasn't always the happiest person, even though I always had a smile on," explains Bradley. "There is stuff you might indulge in to get away from family or money or whatever — just to get away for a minute, to refresh or recharge. That applies to being in the urban areas too for our young black brothers and sisters. That next track, 'Freedom,' tells them how you can't lock me down."

While Bradley's skills as an emcee are on display, his fluency in making beats helps Yourz Truly roll out a diverse but fluid palette. He says that he sought to make this release stand apart from previous Domino Effect productions, calling this one "more of a summer album. The beats are more spacey, and the type you could play if you were chilling on the beach." He gives the nod to Pharrell Williams as his favorite producer and cops to a West Coast approach to much of the production here. Still, he notes a few key divergences, especially his incorporation of Southern rap.

"I still got the low end of the 808s on some tracks and they still knock, too," he says. "I got that from UGK and Three 6 Mafia — that's stuff you probably won't hear on a Domino Effect track."

There's a conscious move on Bradley's part to distinguish his solo work from his partnership with Domino Effect and his partnership with Steve N. Clair, but the pair's relationship is still central to much of Yourz Truly: Clair took the album's cover photo, his wife Ebony and brother Keith contribute vocals and production, and Clair himself guests on a few verses. Bradley says their relationship, which goes back to their teenage years of freestyling over Clipse's Lord Willin' tape, has been instrumental in Bradley's growth as an artist.

"I will rep Steve as the best rapper in the city. Being with him, I gotta mind my Ps and Qs to go toe-to-toe with him," says Bradley. "I couldn't have done none of this stuff without him. We've been pretty much brothers for almost twenty years."