How best to summarize the state of the cinema circa 2018? Can I reduce it to 280 characters and cast it into the void of Twitter? Do we offer a eulogy for the things we lost in 2018? Goodbye to Charles Aznavour and Burt Reynolds, Aretha Franklin and Dorothy Malone! Farewell to Bernardo Bertolucci and Nicolas Roeg! Adieu, FilmStruck! Rest in peace, the once reliable idea of movie distribution, of films actually opening in theaters before appearing in the streaming ether! Netflix giveth (three of the films singled out for praise below are in fact produced by the former purveyors of the Red Envelope) and Netflix taketh away (the chance for non-subscribers to see these films in anything but extremely limited releases).

The films that meant the most in 2018 weren't based on comic books (with one exception), and they weren't designed to create tie-in merchandise or prop up an already over-extended franchise. From a legendary auteur's experiment nearly a half-century in the making to challenging examinations of race, gender, politics and power, the films that stood out in 2018 were the work of filmmakers who drew from their own emotions or looked at the world around them to create films that asked who we were, how we got here and what are we going to do to get by. 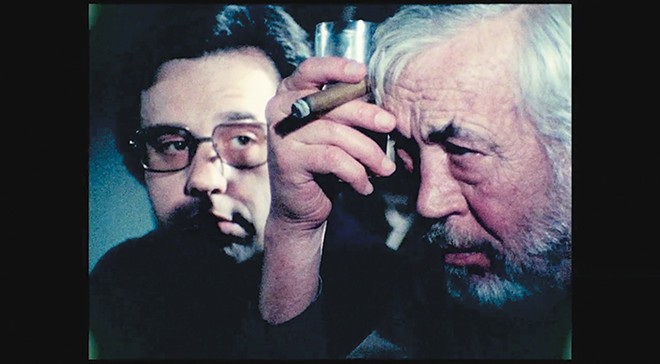 The year's best movie and the major cinematic event of 2018 was one that by some accounts shouldn't even exist (just as many naysayers denied its existence for decades). Begun in 1970, Orson Welles' The Other Side of the Wind finally emerged in complete form long after its creator and most of its cast had left the planet. (The story of his struggle can be found in several places, including Morgan Neville's excellent documentary They'll Love Me When I'm Dead.) Amazingly, the film that Welles shot almost in its entirety but was prevented from guiding through post-production and editing isn't just a novelty or a fanciful reconstruction. It's a passionate meditation on art, masculinity and aging, a masterpiece that fits comfortably between Welles' other unconventional late works The Immortal Story and F for Fake.

No film in 2018 seemed so absolutely necessary as Spike Lee's BlacKkKlansman, a powerful work that used the model of the black action films of the 1970s to examine racial representation on the screen, even as it provided a painful reminder of how the racism of the Klan has survived well into the 21st century. The latter point gives the film its stunning coda, an emotional gut punch that left me in a daze long after the lights came up. 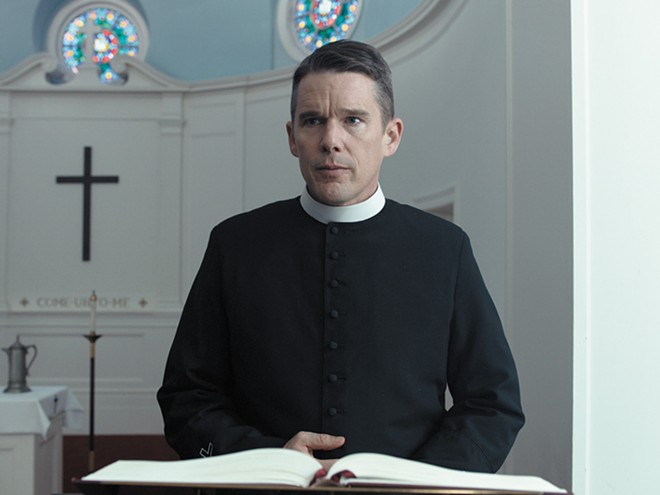 As the author of Taxi Driver and Raging Bull and the director of American Gigolo and Mishima: A Life in Four Chapters, Paul Schrader had secured a spot in film history that not even years of straight-to-streaming Nicolas Cage vehicles could destroy. With First Reformed he delivered his finest film in years, a profound essay on suffering and sacrifice that also managed to tie in his favorite themes and influences (Bresson, Vertigo and his own Taxi Driver), apply them to contemporary issues of terrorism, capitalism and the environment, and place the whole thing solely on the shoulders of Ethan Hawke, who delivered a performance that should have every other actor drooling with envy.

If Spike Lee spoke directly to some of the problems facing America today, Adam McKay's Vice is his supporting act, the warm-up comic to Lee's heartfelt polemic, with on-target mimicry from Christian Bale and Amy Adams and an inventive style of political forensics that is all its own. Vice is a new kind of political movie, an analytical comedy that turns the deadpan progressivism of a Michael Moore documentary into a slick, smart and angry satire.

I've been mostly indifferent to Alfonso Cuarón's films (Gravity, Children of Men, a Harry Potter episode), so the semi-autobiographical Roma was something of a surprise. Set in Mexico City in the early '70s, it's a look at the past without sentimentality or nostalgia. Cuarón's majestic black-and-white cinematography gives the film an unreal quality, a sense of ordinary life made bigger than life.

These were the top five, but far from the only films of note. Others of special interest includedArmando Iannucci's The Death of Stalin, a dark look at life under totalitarianism with a brilliant supporting performance by Michael Palin; the Coen Brothers' The Ballad of Buster Scruggs, a playful but morbid anthology of irony and hardship in the Old West; Sebastián Lelio's A Fantastic Woman, a modern melodrama about a transgender woman with a star-making performance from Daniela Vega; Lynne Ramsay's You Were Never Really Here, an intense psychological drama dominated by Joaquin Phoenix and the year's second film to draw on the legacy of Taxi Driver; and Debra Granik's Leave No Trace, a minimalist drama about PTSD, alienation and the difficulty of finding a place to call home.

Bubbling under the top ten: If Beale Street Could Talk, Suspiria, The Favourite, Sorry to Bother You, Happy as Lazzaro and Lizzie.

And finally, if you're looking for the year's worst film, I'm afraid I'm going to disappoint you. Sure, I may think that a certain overblown science fiction spectacle was a juvenile exercise in self-indulgence so horrendous that it made me look back almost fondly at last year's Valerian and the City of a Thousand Planets, but you won't find me saying that here. If you can't say nothin' nice ... oh, you saw Ready Player One, too?