The BBQ Saloon Is a Worthy Heir to the Majestic 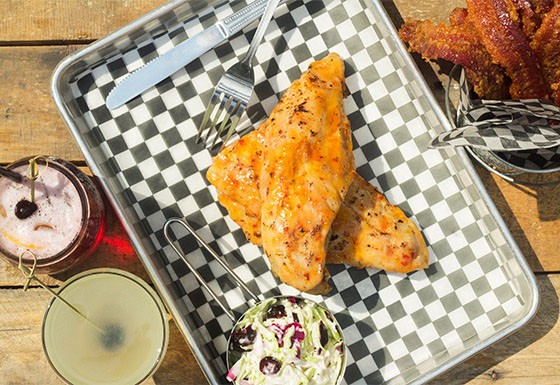 To anyone who'd dismiss Phil and Tracy Czarnec's snazzy new restaurant the BBQ Saloon as jumping on the smokehouse bandwagon, consider this: Phil has actually been cooking up his signature 'cue on the corner of Euclid and Laclede avenues in the Central West End for nearly two decades. It just wasn't within the context of a restaurant.

The Czarnecs own Wild Flower Restaurant, a successful contemporary American eatery that's been in business for twenty years. Rather than close up shop for vacation every Fourth of July, they shut down their regular service and turned their patio into a holiday barbecue for family, friends and patrons. Phil developed a reputation as a grill master, and the encouragement pushed him to perfect his craft as a home cook, hoping to one day open a barbecue place of his own.

He didn't realize it would be mere feet from where he got his start. But when their long-time neighbors across the street at Majestic decided to close for good last March, they turned to the Czarnecs. Would Phil and Tracy like to take over the spot? The pair jumped at the chance, and made plans to reopen the Greek diner as a barbecue restaurant that summer. An extensive renovation of the well-worn space pushed their plans back and then back again, until nearly a full year passed. The BBQ Saloon finally fired up the smoker this past May. 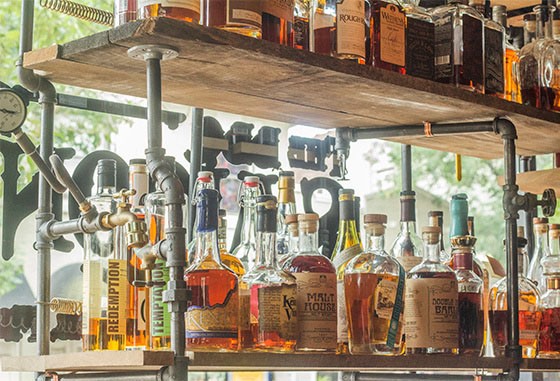 The Czarnecs were smart enough to realize that they needed the BBQ Saloon to be more than just another smokehouse-and-whiskey joint. They've distinguished themselves in the crowded field by being the only barbecue restaurant in St. Louis to offer exotic meats.

An off-the-menu kangaroo burger proved to be much more than just a novelty. The naturally peppery meat was grilled to a juicy medium rare and served atop a simple griddled bun. To make up for the ultra-lean meat, the burger is served with a side of rich mushroom bordelaise sauce that was so tasty I lapped it up by itself with a spoon. Alligator ribs were another unexpected surprise. Whereas you'll typically find the reptile's tail fried up like chicken nuggets, the BBQ Saloon is bold enough to serve it as a double rack of ribs. The meat is slow-cooked to break down the extensive cartilage, though its tiny bones still make for difficult eating. If you have the patience to pick through it, you'll be treated to tender meat that tastes as though a chicken and a swordfish had a love child. The ribs are finished with a mildly spiced apricot and chile glaze that adds flavor without obscuring the meat's flavor. 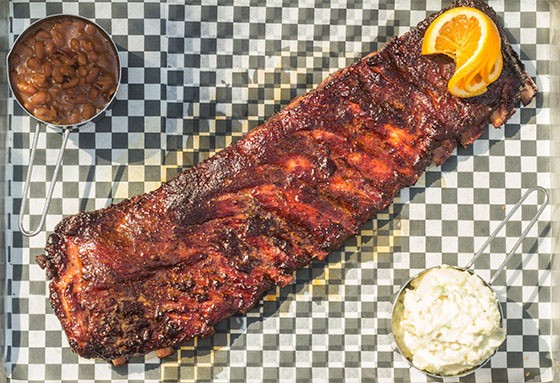 Dare I say, the BBQ Saloon may serve my favorite pulled pork in town. The fork-tender, succulent meat is gently kissed with smoke, best eaten as a sandwich over garlic griddled Texas toast. Crucially, the pork arrives in large, luscious hunks — not shredded as is so often the case. Sauce would have been wasted on this already perfect meat.

"St. Louis-style" pork ribs were good, though "good" is not enough to stand out in such a competitive market. The meat, treated with a thick, sweet and peppery rub, could have benefited from a slightly longer cooking time. I like my ribs with some chew, but these had a touch too much. I preferred the whopping twenty-ounce pork steak, another St. Louis classic that was far superior to what's served at a backyard barbecue. The thick cut of meat was brushed with sauce as it cooked so that it caramelized, making for a sweet and tangy glaze.

To me, eating beef ribs are like attending a Chippendales review: It's a feast for the eyes, but you don't get enough meat to feel satisfied. The experience was no different at the BBQ Saloon. Its beef ribs arrive looking like a primal feast — so large they hang over the plate. They're all bone, though, and it's a lot of work for the little you actually get off of them. In this iteration, there is no rub to speak of; when you manage to get enough to really dig in, the meat has a deep, savory smoke.

The BBQ Saloon offers the expected side dishes, but they're well-executed. The baked beans and cole slaw are real standouts. The beans come out soaked in so much bourbon you could catch a buzz from them. They're excellent, accented with brown sugar and large hunks of bacon. The slaw's yogurt base is tart and creamy. A few blueberries add a pleasant pop.

The small appetizer list includes a wonderfully spicy chorizo cheese dip that tastes like something you'd bring to a Super Bowl party — there wouldn't be any leftovers. Candied bacon that's so sugary it sticks to the back of your teeth is a fine enough novelty, though it's hard to eat more than one piece. The best appetizer, however, is one that is not listed on the menu: pulled pork drenched in a molasses-style barbecue sauce that is served atop nachos and smothered in a luxurious Swiss cheese sauce.

The bourbon bread pudding is some of the best around: sticky, dripping with caramel and lightly crisped on the outside. And while it may seem strange to think of a cake as a palate cleanser, the BBQ Saloon's mouth-puckering fluffy lemon cake with a lemon-cream center was oddly refreshing after a heavy meal.

Though hospitality is so much a part of the dining experience, I do not often comment on it in my reviews. In this case, however, I was so impressed with my service that it deserves mentioning. In addition to our server, the other two people working the floor went out of their way to accommodate my restless daughter and her equally fidgety friend. They brought chips and drinks to them without us asking, graciously cleaned up our many messes and helped us move to the patio in the middle of dessert when another minute in the restaurant would have been calamitous. They even brought us fresh water glasses outside, even though we'd already closed out our tab. Bravo.

It's things like this — the friendly service, the exotic meats, the extra touches on side dishes — that will make the BBQ Saloon more than just another smokehouse. It's a restaurant that took an unusually long time to marinate, but it's off to a pretty good start.