Ten must-know musicians and scenes of the '20s and '30s 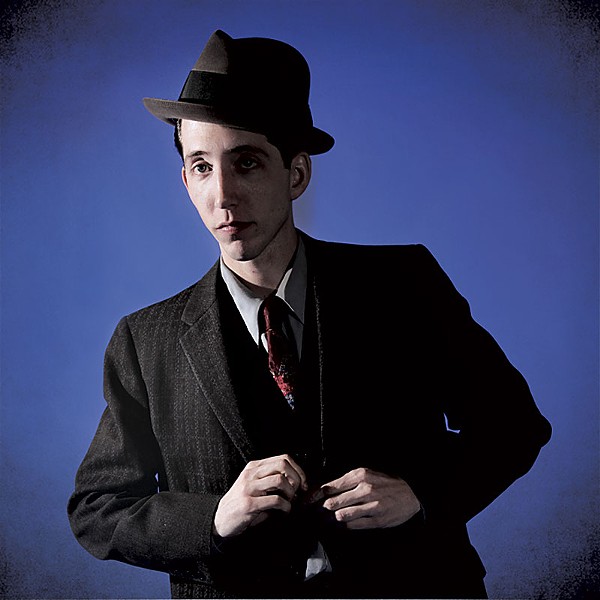 Ten must-know musicians and scenes of the '20s and '30s

Editor's note: This weekend, Pokey LaFarge and the South City Three is celebrating the release of a seven-inch, "Pack It Up" b/w "Chittlin' Cookin' Time in Cheatham County." The record is being released by Third Man Records, the label founded by Jack White. In fact, the White Stripes/Raconteurs/Dead Weather frontman produced the seven-inch, and LaFarge and crew went to Nashville and recorded it in White's studio. In his own words, LaFarge shares some of the artists and musicians who have meant something both to him personally — and to the music he's creating. — Annie Zaleski

This is your music, you ignorant f**k," my friend Frank said quietly. He was responding to a group of college kids, who seemingly laughed at him as he busked with his banjo on the street of a small California town. He's hell-bent on telling everyone about how important the old music is. That's why we both perform older styles of music. He's from California; I'm from Illinois. We're proof that people all over the country perform the old stuff, even though blues and country is supposedly music of the South. In fact, some like to say jazz is from New Orleans. But without ragtime — which is a Missouri invention — people wouldn't have known how to syncopate. Therefore, jazz wouldn't exist.

St. Louis had (and still has) many roots musicians raised here, moving here, recording here. The fact is, the city has always been a convenient location for traveling in and out of, and it's been an inspiring place to live. The Mississippi River, Highway 61, I-55 — these were routes of travel, but also passageways of knowledge.

Below is a versatile list I've made of artists I feel you should know about. Some of them St. Louis, some of them black, some of them blues, some of them Western. It doesn't need to come from one place anymore — and I'm not sure it ever did. There certainly isn't a color or regional barrier. Anyone here can play it. People just didn't know about it or didn't play it for a plethora of reasons. People made the barriers. Now, those barriers are broken down. And for good reason: to spread the joy of American music. Here's some of the early '20s and '30s musicians that started it all.

Emmett Miller. Once you hear his voice, you'll understand why he's on the list. You'll either love it or hate it. It's a one-of-a-kind voice. He's the unification of country, jazz, popular song and blues. The first Western swing musician, perhaps? Maybe that's a stretch, but he was a big influence on Bob Wills and continues to influence Willie Nelson, Merle Haggard and more. David Lee Roth even did one of his tunes. He was from Macon, Georgia.

Milton Brown, and Texas music in general. Texas had blues players such as Blind Lemon Jefferson, Little Hat Jones [and] Lightnin' Hopkins. Also, it was the birthplace of the singing cowboy tradition of Gene Autry, Tex Ritter and more, which later moved to Hollywood and was exploited in film to give us our present-day view of the cowboy. With blues, cowboys, folk songs, fiddle tunes, polka and hillbilly styles, Texas is the most versatile of all states when it comes to the old music. And in fact, it's that combination of styles that made Western swing.

Although Bob Wills is the "King of Western Swing," Milton Brown was the "Cab Calloway" and father. If you think you'd like hillbilly jazz and Western swing, he's the vocalist for you. He was from Fort Worth, Texas. Unfortunately, he died prematurely in 1936, although his band went on to make some of the best Western swing music.

Jimmie Rodgers. The author of such tunes as "In the Jailhouse Now" and "Blue Yodel No. 1 (T for Texas)." He made some of the earliest interracial recordings, playing with jazz bands, jug bands and blues players. After all, American music is not a black or white thing, no matter what genre you're talking about. He was from Meridian, Mississippi.

Bix Beiderbecke. You already know of Louis Armstrong. So I thought I'd mention another '20s and '30s jazz trumpeter. Beiderbecke was known for his superior tone. Some say he was a genius; he didn't read music, and he was self-taught. (Also I'm biased cause he was a Midwesterner.) He played with such greats as the influential C-melody sax player (and fellow Midwesterner) Frank Trumbauer and bass sax player Adrian Rollini. Bix died at 28, but his legend lives on. He was from Davenport, Iowa.

Sidney Bechet. A clarinetist/soprano sax player. In my opinion, he was also the greatest jazz soloist of all time. He was known for hearing a tune one time and then playing it back to you — therefore, he never read music. Bechet started recording in the '20s and played with Louis Armstrong, Jelly Roll Morton, Tommy Ladnier. The list goes on and on. He was from New Orleans, Louisiana.

Bill Monroe. He had his own genre of music, per se. It is called bluegrass, after his home state of Kentucky. A lot of people throw that genre name around these days, but listen to him and you'll understand what it really means. It was based on the same principles of Western swing — mixing jazz, blues, fiddle tunes, ballads, gospel and more — just Kentucky style instead of Texas.

Speaking of Kentucky styles, jug-band music was invented in that state. Check out one of my favorite groups, Dixieland Jug Blowers. Also, Kentucky was the home of one of the most influential guitar players of all time, Merle Travis. Plus there are so many great string bands, banjo players and fiddler players from the '20s and '30s. After Texas, Kentucky is quite possibly the second-most-versatile state when it comes to the old music, even though it didn't have too many blues artists other than Sylvester Weaver and Louisville's Clifford Gibson.

St. Louis Ragtime. It's important to know that ragtime is a Missouri invention, and these are its king pianists: Tom Turpin, Scott Hayden, Artie Matthews, Louis Chauvin, Arthur Marshall, Scott Joplin — all St. Louis natives. A living ragtime machine is St. Louis' own Trebor Tichenor. Ragtime wasn't just piano music, remember. There were great ragtime banjo players, too, such as Vess Ossman from New York. There were a lot of great string bands playing it, too, like the 6 and 7/8's String Band of New Orleans.

St. Louis Jazz. The string band the Mound City Blue Blowers included Red McKenzie on vocals; he was a huge influence on a young Bing Crosby. Cliff Edwards, a.k.a. "Ukelele Ike," was a novelty musician and the first voice of Jiminy Cricket. The city also had great upright bass players such as Jimmy Blanton and Wendell Marshall, and great trumpeters such as Charles Creath, Dewey Jackson and Oliver Cobb. Then there was the great bandleader Fate Marable, who made a living early on playing on steamboats. Members of his band — including Red Allen, Louis Armstrong, Johnny Dodds and Zutty Singleton — went on to great prominence.

St. Louis Blues. Unfortunately, we're a town people like to forget about when it comes to blues. We had such giants as Roosevelt Sykes, Lonnie Johnson, Henry Townsend, Charley Jordan and Peetie Wheatstraw.

Early Memphis. Everyone knows about the reputation this town has for great music. But whereas now they're too busy preserving Elvis, the old days down on Beale Street are where the legends live. Frank Stokes, Furry Lewis, Robert Wilkins, Sleepy John Estes and the Memphis Jug Band all recorded there in the '20s and '30s. 