Two years ago, it seemed as if those ever-present "St. Louis needs more late-night restaurants" prayers were in the process of being answered. Bars were upping their food games, and neighborhoods like South Grand and the Grove appeared poised to meet the demand for post-bar-close food. Pizza by the slice, thoughtful sandwiches, a chicken and fish window — these welcome additions to the St. Louis dining landscape gave us real options for after-hours dining beyond the usual — albeit beloved — greasy spoons.

Then COVID-19 hit, turning the dining scene on its head and killing any momentum for a real, late-night dining scene. The whole point of these spots was to serve as places to gather when you wanted to keep the party going but needed to soak up some booze to do so. Once the pandemic put an end to the party, it seemed like the dining public might never again be ready to gather together, elbow to elbow, at 1 a.m. for a slice.

However, the restaurant industry is resilient. Though a handful of places have dropped out of the late night game, at least for the time being, several others stand committed to helping us satisfy our after-hours cravings with a little more dignity than rolling through a Jack in the Box drive-through at 2 a.m. As the dreadful virus eases its grip, hopefully more will join their ranks. But for the time being, we have some pretty good places to turn for a middle-of-the-night snack.

When their dining rooms closed, Mission Taco Joint (multiple locations including 6235 Delmar Boulevard, 314-932-5430) spent the early part of the pandemic making sure we could get to-go cocktails with our takeout food (thanks, Tilford brothers!). Now that the restaurants have reopened, Mission is again helping us eat, drink and be merry, thanks to their late-night happy hour. The Friday and Saturday night event, which was paused the past year, is back, serving $2.50 tacos, $2.50 cans of Tecate, and Tecates with a bourbon or a tequila shot for $5 from 10 p.m. to midnight. Is there a better way to celebrate a return to a semblance of normalcy?

A pioneer of late-night eats in the Grove, Gramophone (4243 Manchester Avenue, 314-531-5700) offers its full sandwich menu until midnight every night of the week except Mondays. And these are no ordinary sandwiches. The music-venue-turned-sandwich-pub is the gold standard of meals served between bread, offering creatively named delights like the Phil and Ched's Excellent Adventure riff on the Philly cheesesteak, the pastrami-stuffed Smokey the Beer, and the Manchester Melt, which is a take on the St. Louis classic Gerber sandwich. They're so good it doesn't matter what time of day you eat them, but the fact that you can get such sandwich dignity around bar close is a special kind of wonderful.

You can get your Courtesy Diner (3153 South Kingshighway Boulevard, 314-776-9059) fix at three different locations around town, but there is something extra special about sitting at the counter in the original Kingshighway spot at 3 a.m. with a cup of diner coffee and some hash browns. A 24-hour gathering spot, the place may feel a little less packed and frantic in the middle of the night than it did pre-pandemic, but it still retains the gritty edge that makes it a well-worn St. Louis institution.

A longtime south St. Louis institution, Biggie's (3332 Watson Road, 314-781-0060) offers its full menu of good ol' bar and grill food until 11 p.m. Tuesday through Saturday, including its famous steak sandwich, which pairs a thick, grilled-to-order slab of meat with gooey cheese garlic bread. If you were worried about having trouble falling to sleep, this one will get you to slumberland in no time. 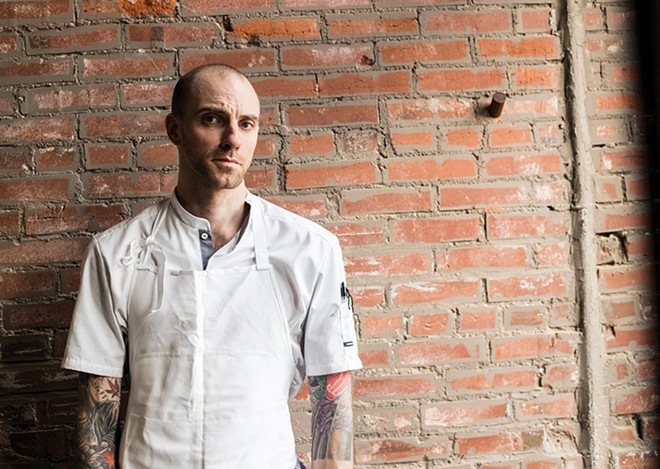 Building on the success of his tasting-menu-focused Shift, Logan Ely's the Lucky Accomplice (2501 South Jefferson Avenue, 314-354-6100) is the sort of neighborhood restaurant you get when you take an extremely talented and creative chef and let him play around with food in a low-key setting. Open until midnight Thursday through Saturday, and still as interesting as its more formal sister concept, this Jefferson Avenue hot spot has a much more low-key vibe with its small plates and cocktails, and even offers a small late-night food and drink menu on Fridays and Saturdays for those who want to keep the conversation going well into the evening.

When the craving for Half of a Young Spring Chicken comes at 3 a.m., there is only one place to go: Uncle Bill's Pancake House (3427 South Kingshighway Boulevard, 314-832-1973), the 24-hour south-city mainstay that has been soaking up late-night shenanigans since 1961. Even if the past year has made those boozy nights fewer and farther between, the fact that this bastion of middle-of-the-night breakfast goodness remains unchanged and ready to serve is a source of comfort that the world will begin to turn again.

A beloved Greek taverna just east of Maplewood's main drag, Michael's Bar & Grill (7101 Manchester Avenue, 314-644-2250) has it all: gyros, rack of lamb, burgers, pastitsio, wings, saganaki — basically anything your heart could possibly desire. That you can get all of this until 11:30 p.m. on Friday and Saturday puts this cozy restaurant on a must-visit list for those who like to eat their dinners on the late side.

Located inside Rockwell Beer Co., Brasswell's (1320 South Vandeventer Avenue, 314-256-1657) amazing burgers are a contender for the best in town, regardless of what time of day they're being consumed. Brought to life by acclaimed chef Gerard Craft, this food window was inspired by the wildly popular burger served at his Central West End French eatery, Brasserie, and ultimately helped change the conversation about brewery food in town. Open until midnight on Fridays and Saturdays, this is one late-night eat you won't want to miss. The beignets alone are worth a visit.

Located in the heart of the Central West End, Ranoush (386 North Euclid Avenue, 314-833-4400) keeps its kitchen open until midnight every day except Monday, giving late-night eaters an opportunity to nosh on its delectable Syrian cuisine before turning into a pumpkin. Owned by veteran restaurateur Aboud Alhamid, this delightful restaurant marries the warmth of old family recipes with a stylish atmosphere that is tailor-made for its stylish neighborhood.

This pizza pub may be located in the middle of south St. Louis, but Blackthorn's (3735 Wyoming Street, 314-776-0534) heart is Chicago through and through, thanks to its signature, deep-dish pizza. This is the best thick, lasagna-like pie you're going to get this side of Wrigley, and it's well worth its lengthy cook time. Though hours are currently fluid, the kitchen will stay open until roughly 11 p.m. on Fridays and Saturdays — sometimes later, depending on business. Make sure to grab a beer and play a game of shuffleboard while your pizza cooks; it helps the time pass so much quicker.

This past Christmas, the Buttery (3659 South Grand Boulevard, 314-771-4443) caught fire, causing extensive damage to the iconic diner and calling into question whether it would be able to recover. Now, just a couple of months later, the 24-hour spot stands as a symbol of resilience in the face of disaster. Though the restaurant had to rebuild, it somehow managed to keep its worn, gritty vibe that patrons have come to love over its decades in business. If this place can make it through a fire and pandemic in the same year, there is hope for all of us.

If you had to crown one institution as the most south-city spot in town, Iowa Buffet (2727 Winnebago Street, 314-776-8000) would make a good case for the title. For over three decades, this no-frills dive has been serving up cold beer, cheap burgers and conversation to anyone who wanders in. It's typically filled with quite the cast of characters, but the key to its charm is the small cooktop just behind the bar where your bartender grills up the signature Hankburger while serving up cold ones until 1 a.m. There's something about seeing that steam rise up over the unironic vintage Stag beer sign that gets you every time.