St. Louis Stepped Up to Help the Legendary Preston Hubbard. But Did He Actually Need It? 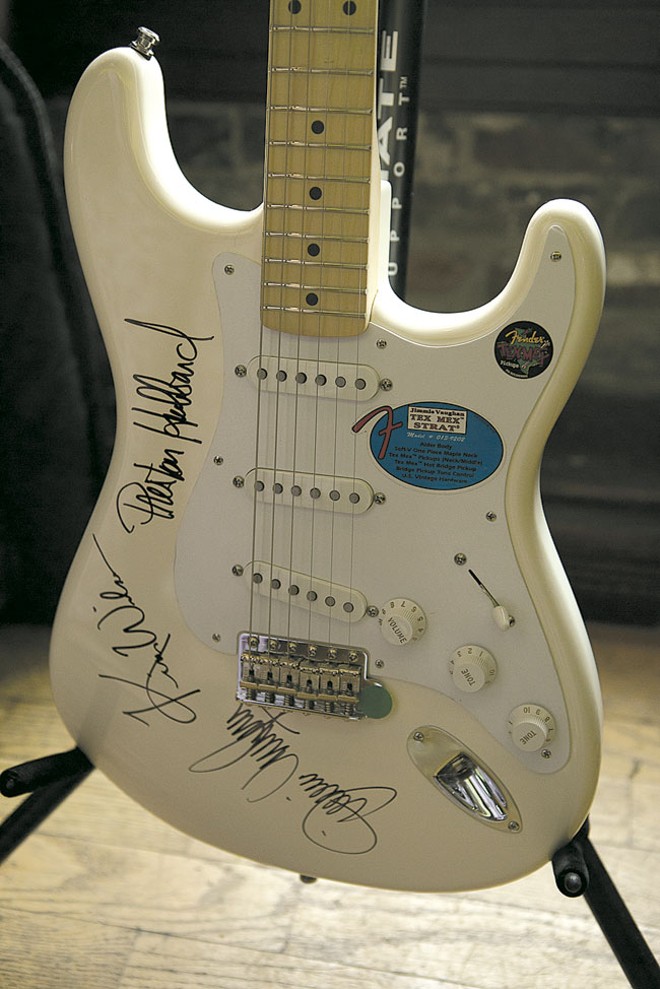 The year 1994 was a turning point for Preston Hubbard. After a decade with the multi-platinum-selling band the Fabulous Thunderbirds, he quit and disappeared from view. Friends, musicians and journalists began to wonder if he was dead. His mother even took out ads in the Austin Chronicle pleading for information about her missing son.

Her boy was lost to the music world but well-known in the Austin underworld: As Hubbard tells the story, he chose dope over music. To pay for that habit, and for his taste for crack cocaine, he slipped away from the spotlight and sold $20 packets of pure tar heroin to the rich and the indigent, the powerful and the desperate, and to musicians — a lot of musicians — in Austin. According to his published diaries, he ran a prolific operation, built up a small arsenal of weapons, and saw lives, including his own, destroyed. For years he played what he calls "the Dope Game." After multiple arrests, his fourth bust was the final play. He got two years in the Texas Department of Corrections in Abilene and El Paso.

When Prez resurfaced in the summer of 2000, he seemed to be getting his life and career back on track. He worked with blues singer Lou Ann Barton and with rising star Nick Curran, and after a few years gigging in Austin, he moved to St. Louis and became an adopted son of a tight-knit blues community. At the Blues City Deli in Benton Park, where the bassist often performs, his portrait hangs on the wall next to pictures of B.B. King and Howlin' Wolf.

"He's one of the best jazz and blues players to ever pick up a bass," says guitarist Elliot Sowell, who has known Hubbard for seven years and helped get him to the hospital. "He's got a style that most people can't grasp how to do. He plays behind the beat to make it sound greasy and raw. People try to do that, but they can't."

"We really wanted him in the band," Llanes says on the phone from Austin. "He had a great reputation as a bass player, and when he got in there, he knew the styles. We didn't have to teach him anything. In fact, he was teaching us. We complemented each other really well. We were roommates, and when I was down and out, he gave me money."

"When I heard he was sick, I did know that he was a drinker," Llanes adds. "I think he substituted his [drug] addiction with another one. I felt sad for him, but he was still coping. He was still touring and playing."

Hubbard says he has been clean since 1999, his heroin days long behind him, though he admits that he still drinks. In the mid-winter of 2014, that drinking was apparently serious enough that a group of friends, including a bandmate and a local club owner, gathered at his apartment in the Shaw neighborhood. One friend was convinced he was drinking himself to death; the empty bottles of vodka at his home weren't reassuring.

The group persuaded the musician to go into rehab and take advantage of a free trip to Eric Clapton's Crossroads Centre in Antigua. The 30-day stay would be paid for by MusiCares, a program established by the National Academy of Recording Arts and Sciences to provide financial and medical assistance to musicians in need.

Hubbard initially agreed to the recovery plan, and a flight was booked to Saint John for him — a friend put it on her credit card, and others promised to chip in — but a few hours later he changed his mind. There would be no trip and no rehab.

In April, after his health continued to deteriorate, he ended up at Barnes.

Hubbard's condition was serious. But what the people involved in organizing the June 2014 benefits for the musician didn't know was that his financial situation was sound. A month prior to the fundraising events, Hubbard had come into a sizable inheritance.

In July 2013 his mother passed away. And a letter from the Providence, Rhode Island, law firm Adler Pollock & Sheehan P.C., dated April 15, 2014, notified Hubbard of control over his portion of her estate. Hubbard's share — based on a stock portfolio divided among three brothers — was valued at more than $420,000.

On May 6, 2014, a month prior to the first benefit at Blues City Deli, Hubbard cashed in more than $49,000 worth of stock, according to Ameritrade statements viewed by the Riverfront Times.

Within a week, even as the blues community was promoting and planning benefit shows to aid him, Hubbard had more than $45,000 in his checking account.

It wasn't a rock star's ransom, but it was more than enough to cover his medical expenses. Meanwhile, his newly acquired stocks were beginning to pay dividends at the rate of $800 a month.