JASON GRAY For more than two months, the stages at Sauget strip clubs were empty.

Micheal Ocello steps through an open panel in a tent recently erected in the parking lot outside one of his strip clubs in the Metro East.

"This will be the club," he says, arms extended from his sides as he gestures to the full sweep of the place.

It's a rainy afternoon, two days before Country Rock Cabaret reopens for the first time since mid-March when Illinois restaurants and bars were forced to shut down in hopes of slowing the spread of the coronavirus.

The sprawling, cowboy-themed interior — think barn wood and horseshoes fixed to walls — will have to remain closed for now, but the state's rules allow for outside operations. So Ocello's crew is improvising with the tent. "I feel like I'm setting up a titty bar in a mining town," he jokes.

There will be lights hung overhead, a stage installed along one of the tent walls and tables spaced appropriately along the pavement. A booth constructed of wood and blue tarps is off to one side to accommodate private, if socially distant, dances. Capacity will be limited.

The conditions, Ocello concedes, are not optimal. But it's the first step toward returning to business.

He is the president of International Entertainment Consultants, which operates twelve clubs across six states, including Country Rock and the neighboring Diamond Cabaret in Sauget as well as PT's Centreville. All the clubs have been closed throughout the spring. One by one, they're preparing to welcome guests back. A club in Raleigh, North Carolina, opened the week before. Two in Denver were opening that day. One in Louisville, Kentucky, could open the following week.

In Sauget, Country Rock is scheduled to be the first of IEC's Illinois clubs to reopen. During the shutdown, the management staff has tried to stay busy, making the best out of more than two months without customers by deep cleaning and making repairs to the facilities. They pulled out beer coolers and sanitized the floor underneath, painted walls and rebuilt parts of the performers' dressing rooms. Normally, the club opens at 11 a.m. and closes at about 6 a.m. the next day, leaving little time for anything beyond their standard cleaning. But this spring, all they had was time.

"It gave us some time to do things that we typically don't have time to do," Ocello says.

And while the clubs were being polished and renewed, he's encouraged his employees to take on projects of personal growth as well. Shortly before they closed, he brought in an expert on meditation, impressed by the research that shows the practice helps creativity and reduces stress. "You've got to take time like this that isn't exactly positive to anybody and find ways to find those nuggets of positivity, and this is an opportunity to do that," he says. 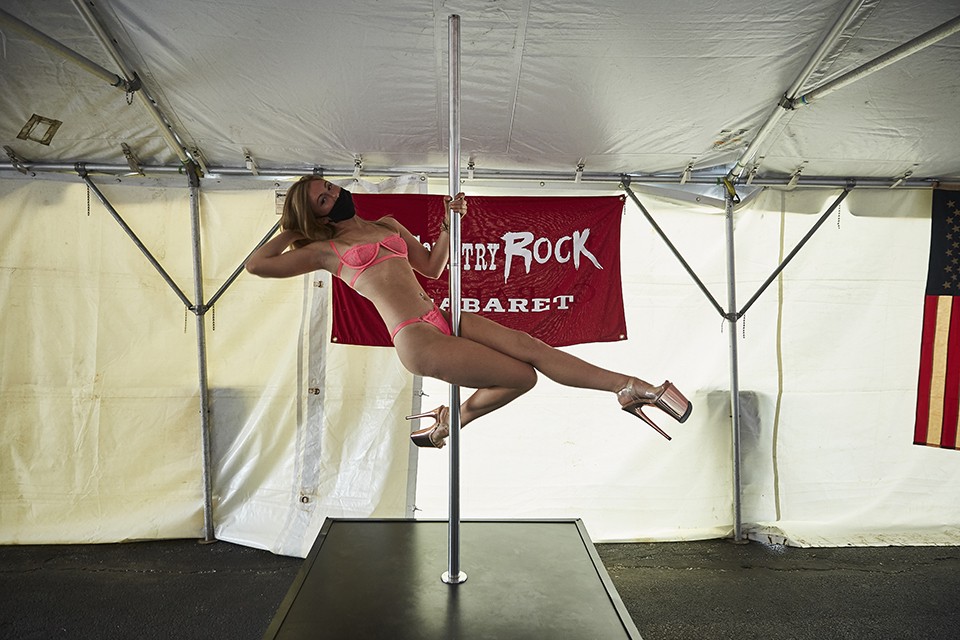 All across greater St. Louis, there have been versions of this. COVID-19 forced a hibernation in the metro region — and much of the globe — as the majority of us have spent long weeks at home. Life became a closeup as we narrowed the frame on our worlds. Nights out on the town turned into drinks on the front steps. Happy hours in dark bars were replaced by poorly lit video conferences from our couches. Trends in dining shifted away from hot restaurants and toward sourdough starters fermenting on our kitchen counters and dried beans slow-soaking on our stovetops.

Our focus turned intensely inward, even as we followed the news outside of a virus wreaking havoc on entire nations. We walked our neighborhoods more. Maybe got to know people next door better. Existential fears of wrongly chosen careers gave way to concrete nightmares of lost jobs and hours spent pacing our living rooms with cellphones pressed against our ears, trying to sort out unemployment benefits. Even if you were lucky (or unlucky, as the case may be) enough to be considered "essential" during this long, strange season, COVID-19 has interrupted the normal patterns and blocked off familiar paths. The diner where you once sought refuge over a cheeseburger deluxe switched to "contactless" carryout. The barbershop or salon where you gossiped on Saturday mornings went dark. The coffee shop where you lingered at the counter closed its dining room. Lingering in general was discouraged, except in your own home. Our cars sat quietly. There was nowhere to go.

But now St. Louis is slowly starting to open up again. And the sensation is, well, a little weird. While we were sheltering in place, St. Louis has changed in big and small ways outside the periphery of our frazzled grocery store runs.

A drive through Downtown West on Olive Street is a good example. At one time, there was a wide parking lot east of 22nd Street where the police department parked a portion of its battery of armored vehicles, box trucks, traffic devices and random patrol cars. Bordering the edge was a blond brick commercial building where, in the not too distant past, there was a payday lender, tattoo parlor and JR Market, a shop where you could buy a tallboy and a gyro and play a game of pool within the surprisingly expansive interior. An empty space on the end of the complex was once home to Club Blackwood, according to a partially intact sign, but that's been some years.

The police moved their vehicles, and several of the businesses were forced out when their landlord wouldn't renew their leases. JR Market was the last to go, eventually moving to a new spot up the street to make way for a new Major League Soccer stadium.

When most of St. Louis went dark, the parking lot had already been scraped away and a chain-link fence surrounded the site. But work on the stadium has never stopped. In early April, wrecking crews mashed through the walls of the old JR Market. The bucket of the excavator clawed away the bricks with enough precision that the glass front door remained solidly in place while the back of the building was busted into rubble. And then it too was cleared away.

The Pine Street ramp, which ran through the site to Interstate 64, is now gone, as are a couple of blocks of Pine Street itself. What you'll see now beyond the chain-link fence and construction screen is a massive pit, more than 30 feet below street level, that stretches from Olive to Market Street. 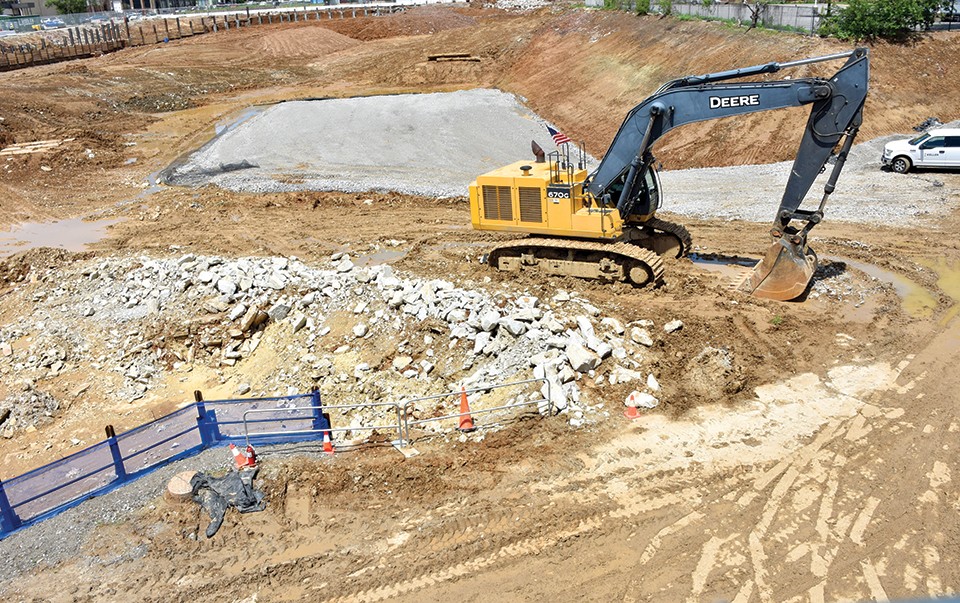 The whole endeavor is neighborhood changing, the kind of thing that can make the gradual re-expansion of life beyond neighborhood walks and essential excursions disorienting after so many weeks away.

It is the type of change that makes you realize how much time has passed — and how much is different.