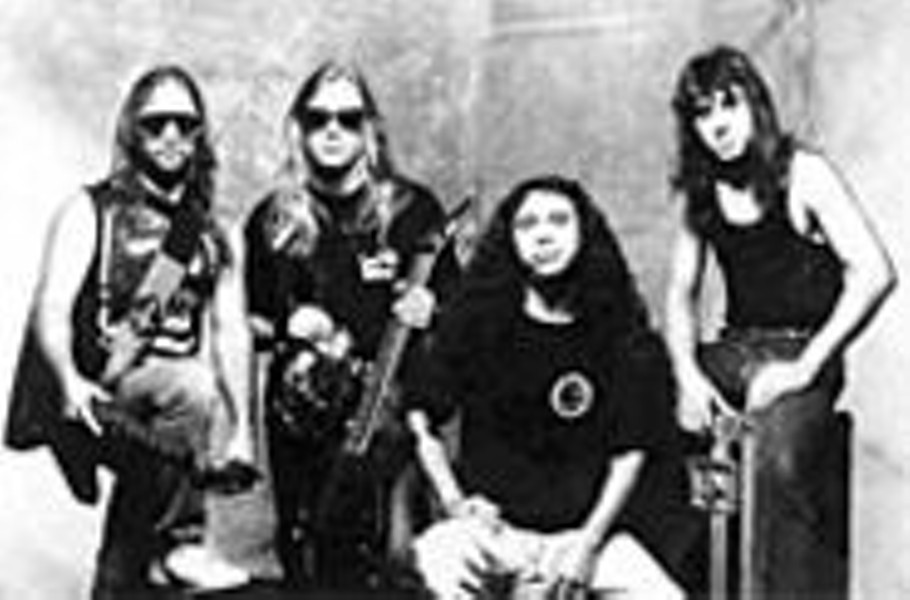 "And I will send thee a dark angel, a Slayer of light."
- from glyphs found in the ruins of a Setian temple

Slayer has been doing Lucifer's bidding by bringing forth the sounds of the Abyss for just over twenty years, calling each of us to look evil directly in the eye and enjoy sweet release as a reward for our fearlessness. Theirs is the music of skulls being crumbled by saurian demons, of archangelic talons tearing ectoplasmic flesh, of giant bat wings beating the air in an aerial battle for Heaven and of souls exploding in blinding brilliance.

Slayer is a dark force of nature that will never be bested by imitators. The band combines brutality and bewildering technical prowess to blaze a sonic trail through your connective tissue to the very core of your innards. Longtime fans are already aware that original drummer Dave Lombardo is back on the throne for this tour, beating out the furious, unrelenting tempo for which the band has come to be worshipped. And, as is in evidence on the band's latest release God Hates Us All, bassist/vocalist Tom Araya's vocal cords still retain every shred of eviscerating anger that allows his voice to cut through the melee of devil chords and minor scales like a sacrificial knife.