Sex and Drugs and Fisher-Price 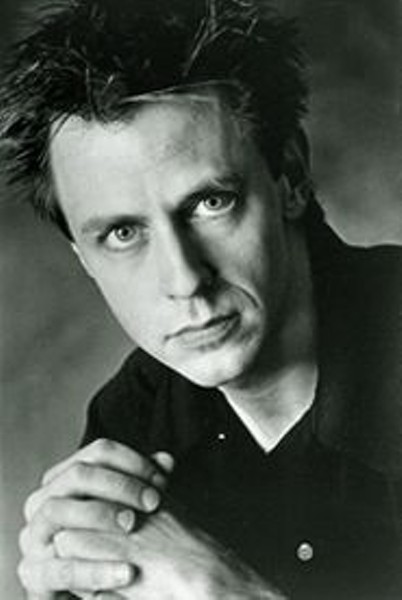 If the book were only about cruelty, sex and depravity, it would be a good read. But more, it is an emotional journey that leaves an impact on the reader. Amid the lurid scenes of pill-popping and oral sex, it is the development of the novel's protagonist that truly harnesses one's attention. (OK, fine, yes, the oral sex helps, but there is more.)

The action switches back and forth from the childhood world of James Gunn, the name of the author as well as the main character of this semiautobiographical story, to the world of the twentysomething Gunn, who organizes a scam to steal pills from the hospital where he works as an orderly for personal use and sell them to other users. His profits are completely swallowed by his other addiction, buying vintage toys like Japanese robots and Fisher-Price Little People, in a desperate and doomed attempt to recapture the innocence of childhood. The author refers to this main plotline as "an obsessive attempt to time-travel through nostalgia."

Gunn lurches on through nascent adulthood, refusing to grow up, drinking and taking drugs aplenty, unable to feel connections with friends, girlfriends, family or himself. Eventually we learn about the childhood events that have made him such a cold bastard, and we finally see, through a haze of blood, puke and lubricant, the beginnings of a change in his character.

The childhood half of the story is set in suburban St. Louis, where the real Gunn grew up. He spent his formative years in Manchester and attended St. Louis University High and then St. Louis University. He says that the protagonist's viciously angry youth and adulthood are not fabrications: "I was an angry little kid. My brother Patrick and I were the best of friends, but we fought constantly. We'd hang out all the time, and the next thing you know we'd be throwing cement blocks at each other.... I remember getting into a fight with (a friend from the neighborhood) with shovels one time."

The book begins with grade-school-age James and his little brother Tar stealing a toy from the backseat of an old lady's car. She had beaten them to Scrunch 'Em, Grow 'Em Dinosaurs at a garage sale, but the brothers would not be denied this amazing toy, which uses a heating element to expand plastic cubes into dinosaur shapes and back again. The toy quickly becomes the focus of the young Gunns' lives, just as it did in real life.

"My mother didn't know that it was basically an oven we were playing with in the basement," says Gunn, "and we would have blisters all over our fingers all the time from playing with this thing."

The main character grows up but remains obsessed by the toys and adventures of his boyhood. His confusion between the toy world and the real world reaches its peak when, during a Christmas trip back to St. Louis, he finds himself having drunken sex with a former playmate, a mystical moment for the fucked-up James.

Gunn is also an actor and screenwriter who has benefited from one of the strangest apprenticeships a person interested in film could have. He befriended Lloyd Kaufman, the head of New York's Troma Studios and the force behind such legendary dreck as Surf Nazis Must Die, The Class of Nuke 'Em High and his magnum opus, The Toxic Avenger. Gunn wound up creating Troma's Web site, running -- yes, it's true -- an all-Troma TV station in the Netherlands and co-authoring a book, All I Need to Know About Filmmaking I Learned from the Toxic Avenger, with Kaufman.

Gunn truly began to leave his mark when he scripted 1997's Tromeo and Juliet, a movie that lives up to the high standards of the Z-grade schlock house. Its gratuitous nudity and gore, terrible acting and stale jokes are as trashy as Troma wants to be. Gunn recently returned to the fold for a role in the forthcoming The Toxic Avenger 4: Citizen Toxie, in which he plays "a takeoff on Stephen Hawking." The trailer for this movie contains a Citizen Kane pun that is so bad it may induce physical pain.

Gunn has also written The Specials, a movie that will be released in the fall starring Rob Lowe; Jamie Kennedy from the Scream films; Thomas Haden Church from TV's Wings; Melissa Joan Hart, better known as TV's Sabrina the Teenage Witch; Gunn's brother Sean; and Gunn himself. The story concerns a group of superheroes with mostly unremarkable powers living a low-budget existence and trying to get along. It has been described as This Is Spinal Tap meets Batman.

The Specials has put Gunn in what he terms the fortunate but strange position of being the go-to guy for live-action superhero/comics-based movies being developed by Warner Bros. He is currently scripting live-action comedies based on the Scooby-Doo cartoon and the Spy vs. Spy comic from MAD magazine. His various other projects include composing a script for The Newlyweds, a "gritty" romantic comedy that he describes as "Preston Sturges meets Robert Altman."

In the meantime, we may enjoy the multitalented Gunn's book, which is emotionally captivating and rich with humor and decadence to boot (including oral sex).