Savage, Infused by a Chef’s Immense Talent, Opens Our Eyes to What Food Can Be

Logan Ely is the chef who served bull penis. And ants. If you dine at Savage, the chances that the little black insects will make an appearance in one of your dishes are pretty high.

The chances that you'll be asked about these more "sensational" ingredients when you say you've been to Savage, however, are even higher. Since returning to town a little over a year ago after working all over the world, Ely has garnered a reputation for seemingly esoteric and boundary-pushing dishes, first through his underground dinner series Square1 and now as the chef at his five-month-old Fox Park restaurant. Dick, bugs, fermented yeast — he's the guy.

But while those headline grabbers get the attention, they are only part of the story of Logan Ely and Savage — a small part, in fact, and one that risks obscuring the way this chef is pushing St. Louis diners to rethink food. Less "The Guy Who Serves Crazy Stuff" than an environmentally conscious cook who understands that our food system is changing, Ely is intensely thoughtful in his approach to food, with an ethos steeped in a desire to elevate simple, often discarded items to a place of prominence. In his quest, he's brought to life a restaurant that is both warmly familiar and thrillingly different — a place like nothing St. Louis has seen.

Though everything Ely does in the kitchen is filled with intention, his path to cooking was anything but. After graduating high school with neither the grades nor the money for college, Ely was at a loss for what to do with his life. He had always enjoyed cooking with his family, so when someone suggested he attend culinary school at St. Louis Community College–Forest Park, he figured, "Why not?"

Once there, Ely was immediately taken with kitchen culture, throwing himself into his first restaurant job at the Cardinals Club inside the old Busch Stadium. There, he worked for an old-school chef who competed in the food world's premier events such as the International Exhibition of Culinary Art (known as the "culinary Olympics"), an experience that would expose him to classical techniques and the world of fine dining. Working at the revered An American Place, he discovered his passion for less manipulated, ingredient-focused cooking, then set out on a quest to learn as much as he could at such esteemed restaurants as North Pond in Chicago, Blue Hill in New York and the French Laundry in Napa Valley.

Ely's out-of-the-classroom education also took him overseas, where he worked and staged everywhere from Hong Kong to Copenhagen. The Danish capital's food scene put gas on a flame that had been flickering since An American Place, persuading Ely that he needed to open his own restaurant. He chose to return to St. Louis to put together everything he had learned in the city where his journey started.

Ely was not only broke when he moved back to town, but in massive debt. He also needed a way to introduce himself to the city's restaurant community. In 2017, he began his dinner series, Square1, to gauge interest in his concept. To his surprise, he found a community not only receptive but enthusiastic. Bolstered by the reception, he secured a storefront in Fox Park that used to hold a liquor store and got to work building out the space that would house his debut effort.

Walking into Savage, you immediately recognize that you are in a dining room different than any other in St. Louis — because it's not a dining room at all. The restaurant is almost entirely one big chef's table; guests sit at grey upholstered stools surrounding a black-topped, three-sided bar. It's as if Ely, who is the restaurant's sole cook, is on stage, his painstaking preparations a sort of dinner theater. But the chef is no show-off. Bent over an induction burner, Ely appears utterly focused and unaware that he is the center of attention, pausing periodically to hand his creations to the two servers who assist him in getting the food to the guests.

The stark black walls, exposed brick and industrial accents give the room a serious, almost cool motif, a feeling that dissipates the moment you are seated and offered a drink by your server. Savage has only a small wine and beer list, but what it lacks in breadth it makes up for in thoughtful selections designed to pair with the food's intense flavors. Like the food that follows, the more unusual varietals will push you outside of your pinot grigio comfort zone, a process guided by a warm and engaging server who knows just the right questions to ask and, more importantly, how to not make you feel like an idiot as you feel your way toward something new.

You can order a few à la carte bar snacks if you get to dinner early. But other than that, Savage offers just one set menu; guests choose either a five-course small bites package, or a six- or twelve-course tasting menu. If twelve courses sound intimidating, it should be noted that Savage is not the sort of Midwestern tasting-menu parade of heaviness that leaves you crying uncle four dishes in. Both the vegetable-forward menu and the two-to-three bite portions make it quite comfortable — even if your meat-and-potatoes date might wonder where his hunk of filet is.

Once you've decided what route to take and make your server aware of any allergies or aversions, you surrender to the experience. There's a dreamlike feel evident from the very first course, a beet chicharron that looks like some sort of vibrant red sea plant rippling in the water, frozen in time. Fermented potato puree, spiked with Roquefort penicillium (the mold strain used to make blue cheese), accompanies the beet chip, offering a creamy funk that appears complex even while it provides the comfort of chips and dip.

The beet chicharron is the opening line of an epic poem that enraptures you long after you leave the restaurant. Marble-sized spheres of kohlrabi, so cool and crisp they seem semi-frozen, rest atop a small pool of pureed oysters. The brine and verdant vegetable flavors wrap the palate in refreshment. A glorious spot prawn, lightly grilled and slicked with a sauce of its own roe, is the pure distillation of shrimp flavor, underscored and with an exclamation point.

And the delights keep coming, in a succession with just the right tempo. Made-to-order cheese is a luxurious delicacy that falls somewhere between a ripe triple cream and burrata. If the delicate cow's-milk sweetness of the cheese taps you on the shoulder, another dish, toasted yeast mousse, wallops you on the back. Both are luxurious, creamy concoctions, but the custard-like yeast, adorned with petal-shaped slivers of turnips, is a bracingly sharp punch of umami that makes you salivate, akin to the experience of eating a pungent blue cheese.

A simple fillet of pollack, poached in fish stock and served with Swiss chard, is so silken it's like eating butter. It was also the only piece of meat served throughout our twelve-course dinner. And I wanted for nothing. A disc of shockingly meaty grilled celery root gives the same satisfaction you get from eating steak, a pleasure intensified by the creamy mussel stock the vegetable soaks up like a sponge.

The evening's standout, however, was a single sunchoke, roasted in chicken fat and topped with chicken skin. Ely pairs the vegetable with a barbecue sauce made from salsify that he cooked continuously for three months. If I'd been blindfolded and asked to guess what I was eating, I would have insisted it was a fatty end of pork rib that had been cooked to the point of sliding off the bone. That Ely was able to coax such an effect from a simple root vegetable is nothing short of masterful.

The slow-cooking is the key to Ely's most luxurious dessert: a simple apple, cut in half and roasted for three weeks so that its flesh becomes the texture of jam. The apple is topped with a nutty streusel that acts like a pie crust, adding texture to the otherwise spreadable dessert, then pairs it with a small glass of apple cider that shoots through the sugary decadence with a jolt of acidity.

When Ely tries to put into words what caught him about cooking, he mentions the culinary world as being raw and gritty while having a certain elegance and finesse. If you were to distill Savage into a few words, those would capture its identity. 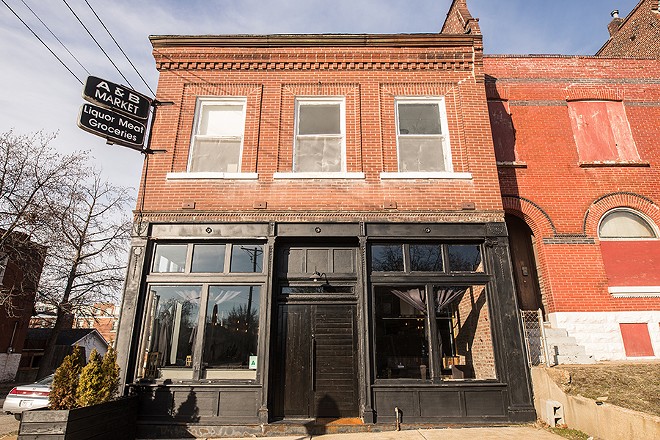 Ely would probably disagree with this assessment, insisting that at its core Savage is a restaurant focused on simple food made as delicious as possible and, most importantly, devoid of ego. On the surface, you might not see this, mistaking Savage nudging us out of our comfort zones as just another esoteric tasting-menu spot meant to shock but not to nourish.

But as you settle into your seat and revel in a masterpiece of a dinner, you'll quickly understand that, while your head may be spinning to wrap your thoughts around what's going on, your palate is basking in the comfort of flavors so pure it's as if you are eating them for the first time — an experience much more sensational than eating ants.