Sahara Mediterranean Grill Is a Hidden Gem in Florissant

No one is surprised when they walk into Sahara Mediterranean Grill and find Andrew Abdeen behind the counter — not his former teachers at Hazelwood West and Central, who taught him when he was just starting out in food service; not the veteran Florissant police officers who got know his family over years of frequenting their restaurant; and especially not his mother and father, who knew early on that their son was meant to work in the business.

Everyone knew Abdeen was destined for restaurants. He grew up around food, the son of Palestinian immigrants who landed in north county in 1976 and immediately got into restaurant work. Since he was old enough to remember, Abdeen was cooking and helping out with the family businesses — and he loved it. As soon as he was old enough to get a job, he landed one at the Great Steak Philly cheesesteak counter at the old Jamestown mall. Within two years he was managing the place; by 23, he was the owner.

And Abdeen set his sights much higher than fast-food cheesesteaks. His mom and dad owned the original Sahara Mediterranean Grill in Bridgeton, so he jumped into the family business, where he was able to apply his skills to more thoughtful, homemade cuisine. When that restaurant was forced to close in 2014 owing to the airport's runway expansion, Adbeen figured it was time to push himself even further. He enrolled in culinary school with an open mind as to where it would lead him.

It turned out to be California. After closing the Bridgeton restaurant, Abdeen's father had moved to San Diego to open a new Sahara there. Upon finishing culinary school, Abdeen joined him, helping to build a successful restaurant that is still going strong today.

Abdeen might still be in California were it not for a family crisis: His mother was diagnosed with cancer. He returned to St. Louis to take care of her. Because he also wanted to help support her, shortly after he got back to town, he scouted space for a restaurant of his own, settling on a strip mall off Howdershell Road on the northwestern edge of Florissant. Naturally, he named it Sahara Mediterranean Grill.

For two years, Abdeen has been running the place, viewing the restaurant as a sort of homecoming to the community he loves so much. And that community loves him back, packing the tiny storefront and keeping him busy with carryout orders and a robust catering business. Because of its size, Sahara has to rely on those components for the majority of its business; most of the restaurant's real estate is the open kitchen and order counter. Four small tables provide the only seating, making it less a dine-in destination than a place to call in takeout — if you can even find it. Sahara sits so tucked away in a corner of the strip mall that it's hidden from the street.

Fortunately, that strip mall is undergoing a major renovation, and so is Sahara. It's not just a cosmetic facelift; the restaurant is gearing up to expand into the adjacent space where it will become a full-service, sit-down concept — finer digs to match its already fine food.

That food includes a simply wonderful hummus, a silken, tahini-heavy rendition of the classic chickpea dip. Here, you'll find Abdeen's penchant for adding non-traditional pops of flavor in the form of minced pickled jalapeños that sit in a pool of olive oil. The peppers provide a welcome backbeat of heat to an otherwise rich dish.

Sahara's baba ganoush hews closer to tradition, though is dressed with more lemon than usual. This mouth-puckering touch of acid almost made up for sparse seasoning, though I would still have welcomed more salt. A tahini salad was much fuller-flavored and, surprisingly, proved to be one of the meal's standouts. The simple salad consisted of little more than tomatoes, cucumbers and parsley tossed in tahini and lemon juice. However, that combination of citrus and rich sesame paste mingled to form a powerful dressing. I found myself using the salad as a condiment on all of my other dishes. 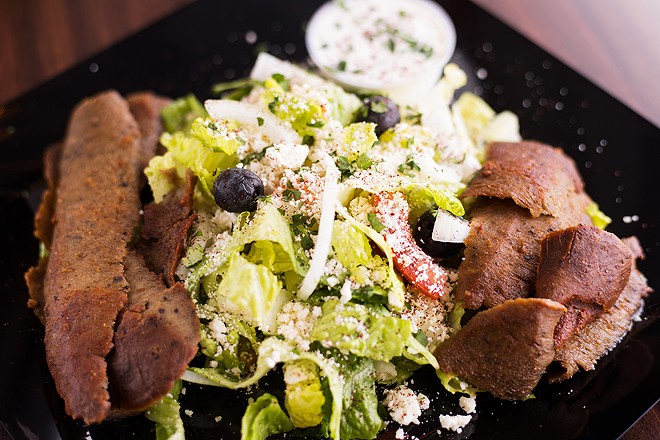 Also impressive is a beet salad, which pairs perfectly cooked slivers of the earthy vegetable with red onions, walnuts, parsley and feta cheese. The mildly funky feta and beets play off one another particularly well, a flavor that is only intensified by the lemony house dressing that ties the components together.

Sahara offers solid takes on several Middle Eastern sandwiches. Chicken and beef shawarma are seasoned exactly the same — in a warm, almost masala-like spice blend that is more like a wet marinade than the usual dry rub. This delightful interpretation allows the marinade and meat's cooking juices to mingle, forming a light glaze that soaks into the pita wrapper. Slivers of pickle spears are also tucked inside the pita and kiss the meat with pungent perfumed sweetness. 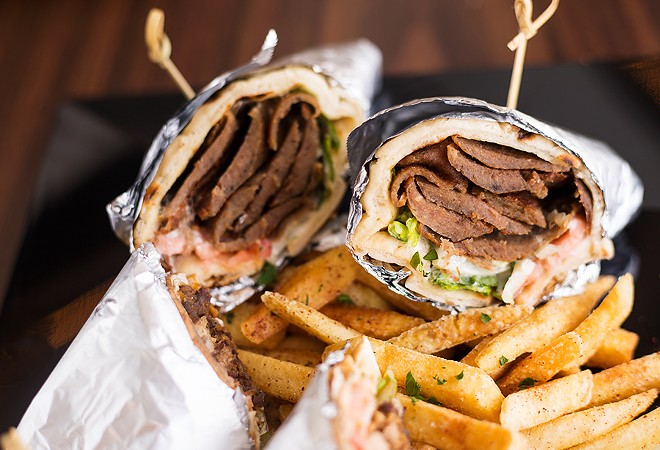 As delicious as the shawarma is, Sahara's gyro is its standout sandwich. Abdeen makes his own mix of beef, lamb and veal and slices it thicker than is typical. This results in juicier, more intensely flavorful meat, which he overstuffs into a pita with lettuce, tomato and tzatziki. It's one of the best gyros in town.

Sahara's entrees mainly consist of a variety of kabobs, including a tender lamb kabob, not at all gamey and beautifully singed with lines of bitter grill char. I preferred it to the beef and chicken versions, which, while adequate, were underseasoned. However, the kofta, or ground beef kabob, is outstanding. Seasoned with onions and parsley, it's infused with the same charred flavor as the lamb, only more intense.

However, Sahara's most impressive entree — and most impressive dish in general — is its falafel, a rustic, herbaceous fritter that is both fluffy and crunchy at the same time. The interior chickpea concoction, heavily seasoned with garlic and onions, is coarser than usual and loosely bound together, allowing the tahini sauce to soak into every crevice. The flavor is powerful.

Abdeen is talented, for sure, but he's not the sole person in the kitchen these days. Over the past several months, his mom's health has improved enough for her to help out. She stops in a few hours here and there to work side by side with her son, just like when he was a kid in her kitchen all those years back — and just as it was back then, there's no question Abdeen is exactly where he is supposed to be. 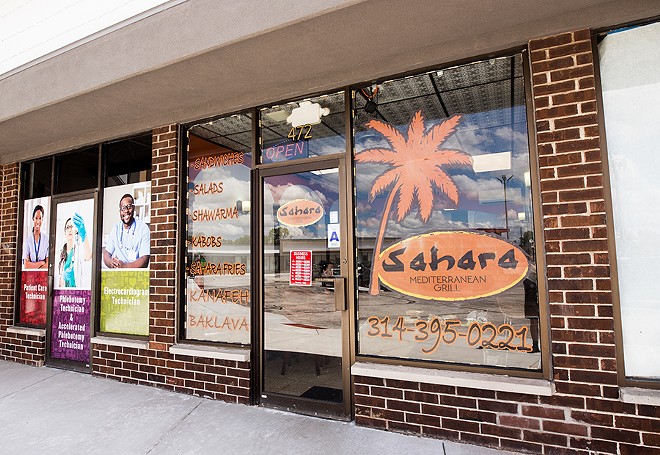