Roam, If You Want To 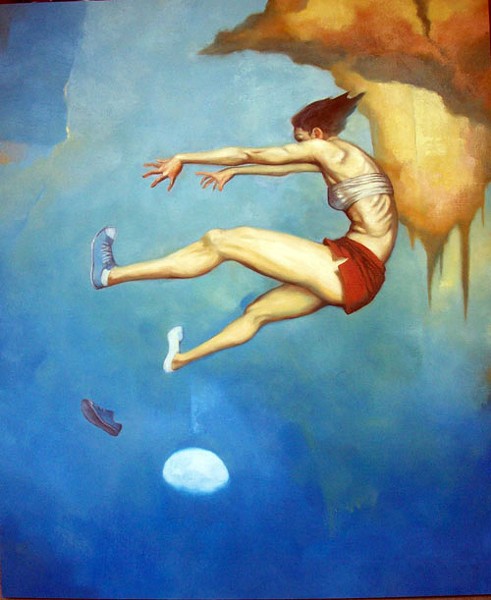 It's often pointed out that we St. Louisans don't live in a walking city; for the most part that's true, if you're comparing us to far more pedestrian-heavy cities like New York. Many of us do walk, though, and we have a fascinating city to ramble through, with its multiplicity of neighborhoods and their varying feels. But what are you aware of, really paying mindful attention to, when you're walking through, say, Dogtown, or Holly Hills, or down Cherokee Street? Incorporate the Situationist practice of dérive into your next stroll and you may have a completely different experience. Dérive was defined by the Situationists, a mid-20th century school of avant-garde European thinkers and artists, as "a technique of rapid passage through varied ambiances." Parse this as you will, and good luck — or go see All Roads Lead to Roam and let someone else beam light into murky conceptual corridors. The artists in this new exhibit employ the Situationist trope of dérive to cause their viewers to re-think how they move and interact with their surroundings. All Roads Lead to Roam opens with a free reception from 1 to 3 p.m. Sunday, June 26, at the St. Louis Artists' Guild (2 Oak Knoll Park, Clayton; 314-727-6266 or www.stlouisartistsguild.org) and remains up through Friday, August 19. Admission is free, and the gallery is open Tuesday through Sunday.
Tuesdays-Sundays. Starts: June 26. Continues through Aug. 19, 2011