TRENTON ALMGREN-DAVIS As COVID-19 spread, restaurants have transitioned curb-side delivery in their fight to survive. 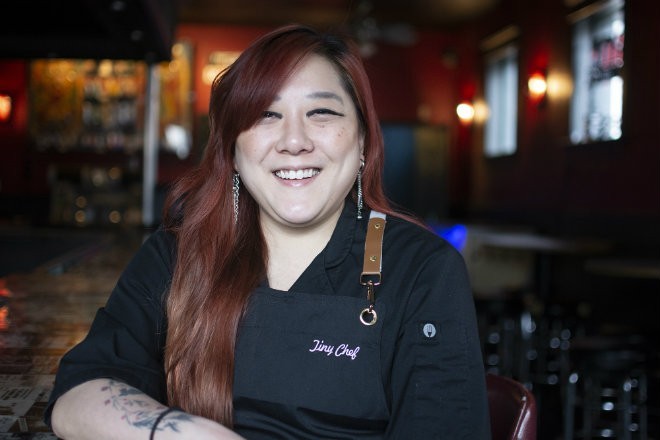 Melanie Meyer is one of those restaurant owners who fear that her business might not weather the storm. Last April, she and her partner Chris Ward opened their small food counter, Party Bear Pizza and Tiny Chef, inside the Silver Ballroom. For Meyer, the restaurant is the realization of a dream that has quickly turned into a nightmare.

“This is my baby. I’ve never done anything like this, and I’m trying to think about how I am going to survive this and bring it back when it’s over,” Meyer says. “I don’t want to lose this. I want to fight for it because this is all I’ve ever wanted.”

Unlike many of her peers, Meyer is unable to offer takeout and delivery because of logistics. The Silver Ballroom is closed, and her restaurant is so small, it doesn’t even have a landline to take calls from people to place orders. Additionally, she says that, because COVID-19 originated in China, many have ignorantly avoided Asian restaurants. She has also experienced racism in the form of dirty looks and rude gestures – an uptick she says is due to the coronavirus. Though government intervention will not help the latter problems she’s experiencing, she feels that the only chance her business has to survive is government action that involves a cash infusion into people’s hands so they can pay bills, and an immediate halt to things like rent and utility payments. So far, she is not optimistic that the help she needs is on the way, and wonders how she will be able to recover.

“Bouncing back means not starting from ground up but from six feet under and working your way up toward the ground,” Meyer says. “I’m hopeful that we will find a way, but literally there is no action being taken. The worst part is sitting in limbo. Am I going to be OK? Pay bills? Not have a home or have a restaurant? Staying in limbo until something is decided is the worst, because we are in fear right now. I want to say in my heart that I will fight to the death to save my restaurant – I have come so far and worked so hard for it.” 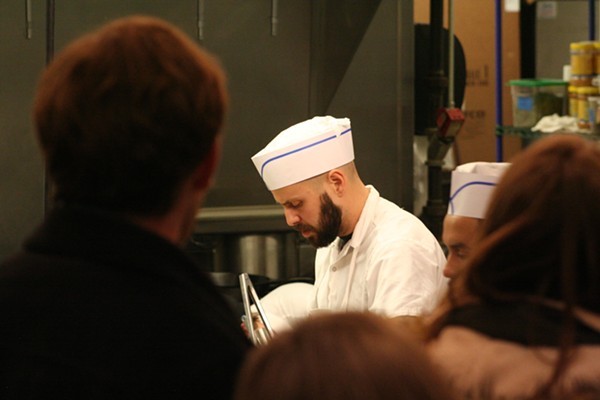 With the lack of government action to help the hospitality industry, the only lifelines on the immediate horizon are various online fundraising campaigns, ad-hoc drives organized by those in the industry, and support of the local community. These, coupled with the takeout operations some businesses are doing, might stave off disaster for now – but how long will they last?

“It’s like putting a Band-Aid on a flesh wound,” Crespo says. “We are doing everything we can possibly do, and it’s great that we have a wonderful restaurant community here in St. Louis. We need to support each other, but we’re not going to get through this by holding hands and singing kumbaya. We need real help.”

Sandusky echoes Crespo’s insistence on the industry’s need for help, citing the misconception that the restaurant business has the deep pockets to sustain such a blow.

“The guys that are millionaires are one percent of restaurant owners – and good for them – but most of us didn’t get into it to be millionaires,” Sandusky explains. “Most got into it because we are good at what we do, have a passion for it and want to pass along our hospitality. The margins are ultra slim. If you are really good at what you do and own your building, maybe you make fifteen percent in profit, but most don’t own our own buildings. If we are renting and really good at budgeting, we are lucky to see ten percent hit the bottom line. That means for every $5,000, you are lucky to bring $500 to the bank – and that’s if you are really good. A lot live in the five, six, seven or eight percent margin.”

As it waits for the government to act, Craft hints that the industry might see a lifeline in the form of large-scale philanthropic efforts by prominent patrons in the community. Though these have yet to be formalized, the point is to get help to businesses immediately so that they might serve as a bridge until the government acts. In these dark times, it – coupled with the outpouring of support from their customers – is the thing that gives small business owners like Craft, Crespo, Meyer and Sandusky hope.

“Hopefully, the restaurant community won’t look that different at the end of this,” Craft says. “I’m only hopeful because of the awesome people I’ve come in touch with who are selflessly trying to keep this industry going. That’s what it’s going to take. We need all the help we can get – government, philanthropic, gift cards, whatever. If we can save the restaurants we all love, we will be in a better place.”