President Donald Trump Could Be the Best Goddamn Thing to Ever Happen To St. Louis

...But he probably won't be 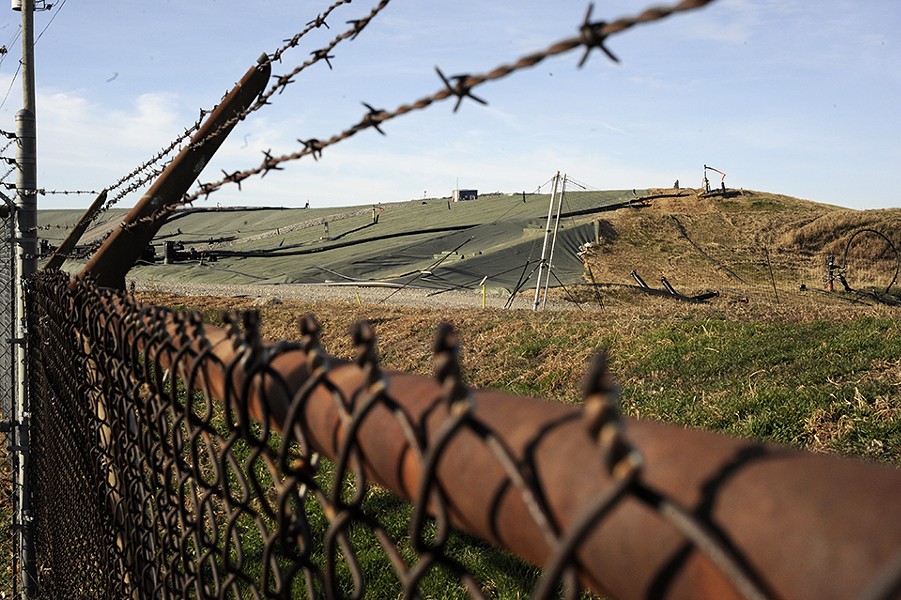 If Donald Trump's administration successfully excavates the radioactive contamination from West Lake Landfill before it meets the underground garbage fire, Pruitt will be the one to thank.

Pruitt, a Republican lawyer best known for doggedly suing the EPA before Trump nominated him to be its administrator, has the round cheeks, approachable smile and paternal diligence of a youth group leader. A lifelong Baptist, Pruitt is a church deacon in Broken Arrow, Oklahoma, and credits his faith for his brand of environmentalism, which calls on people to be good stewards of God's earth.

"What is true environmentalism?" Pruitt said in a November interview with the Washington Post. "I think it's environmental stewardship, not prohibition. ... We can be about jobs and growth and be good stewards of our environment. The last several years we've been told we can't do both."

Stewardship is a popular topic for Sunday sermons and Wednesday night Bible study in evangelical congregations — like the one in which I grew up in Dallas, 250 miles south of Pruitt's church in Broken Arrow. Unfailingly, the connotation is pecuniary. The word "steward" originally referred to seventeenth-century servants who oversaw kitchen stores and brought food to the dining hall — literally the warden of the stew. "To make it really simple," writes mainstream Christian organization Focus on the Family in an online series about stewardship, "everything — from your backyard and bank account to your mind and body — is a resource that you must manage for God."

Inherent to Pruitt's environmental "originalism" is the belief that nature is a resource meant to be used. That's wholly different from President Barack Obama's globalist approach, which assumes that nature is an ecosystem meant to be sustained. Globalism shines in the international arena, where the U.S. could build consensus, especially on climate change, but it often proved ineffectual on domestic projects with implacable opposition, including and especially West Lake Landfill.

Pruitt says he's returning to the agency's "real" mission — clean air, water and land — with a "Back-to-Basics Agenda" prioritizing the three Es: Environment, Economy and Engagement. The goal is a total transformation of the EPA from a confused bureaucracy into a potent agency with a narrow focus on priority projects, especially toxic waste cleanup. Pruitt has pledged to personally oversee any Superfund remediations costing more than $50 million and calls his work "some of the most consequential things domestically that can occur."

This originalist mission to "co-manage" the Earth coincides nicely with Trump's view of the world as one yuge "deal" in the making. "He's got tremendous ideas," Pruitt said of Trump. "He's actually presented some things to me on the Superfund sites on how to improve our approach there. It was very instructive."

Ever since that Fox & Friends interview, West Lake Landfill has been Pruitt's go-to example of Obama-era globalism's failures. He's named St. Louis in speeches to the Federalist Society and the Heritage Foundation. On November 26, USA Today noted that Pruitt "often talks about the problems at the West Lake Landfill near St. Louis and how the EPA still hasn't decided how to proceed 27 years after it was tagged as a Superfund site."

Pruitt has promised an official EPA remedy proposal for West Lake Landfill by January. It's just a promise, the kind D.C. is lousy with. Still, it's already more traction than residents ever achieved under Obama.

Pruitt's ideological transformation of the EPA makes West Lake Landfill as high of a priority to the U.S. government as it's ever been, but his Red Wedding approach to the agency's budget and website make it hard to keep faith.

Some north-county residents fear Pruitt's "environmental stewardship" is code for pursuing corporate interests over public safety. And for all the attention he's drawn to West Lake Landfill and St. Louis in speeches and interviews, there's one word Pruitt never says:

Franklin Roosevelt was president when Congolese uranium ore started arriving in St. Louis, where Mallinckrodt Inc. processed it into one ton of highly pure uranium dioxide per day. Richard Nixon was president when trucks illegally dumped an estimated 8.700 tons of leached barium sulfate cake residue mixed with 39,000 tons of contaminated soil in West Lake Landfill. Barack Obama was president when we discovered the landfill next door is on fire.

Trump's legacy is undecided. He could be president when, for the first time ever, waste from nuclear weapons ignites in a suburban neighborhood prone to tornados, floods and earthquakes. Or, he could be the president who fixes the problem for good.

Of course, radioactive waste isn't St. Louis' only problem. Recent protests against police shootings and the bid for Amazon's second headquarters have put a few of our city's flaws in the spotlight. Comparatively, West Lake Landfill's remedy is obvious and achievable: full excavation.

"Of everything happening in St. Louis right now, this is the easiest fix."

It's two days before Thanksgiving, and Dawn Chapman is studying an EPA feasibility study. Chapman and I are sitting with Karen Nickel at her dining-room table a couple of miles away from the landfill. When the two first started asking questions about West Lake Landfill in 2013, officials responded brusquely: "Who are you?"

"We're just moms," the pair responded. Now they're co-founders of Just Moms STL, a grassroots non-profit that wants to see the landfill cleaned up and neighboring families relocated. Ambassadors for their neighborhood, Chapman says they're afraid to get on a plane together: "If we go down, who's going to carry this issue?"