Phillip Crews Killed Himself in a VA Waiting Room, a 'Parking Lot Suicide'

Phillip H. Crews spent his last moments of life in a place he knew well: a room on the first floor of the sprawling John Cochran VA Hospital at 915 North Grand Avenue, just north of downtown St. Louis.

The hospital's first-floor waiting room is officially titled "the Ambassador's Suite." A gently sloping ramp leads upward from the south visitor parking lot through sliding doors to the suite, which can accommodate dozens of patients and visitors at a time.

Crews, 62, a Marine Corps veteran who had served during the waning days of the Vietnam War, had been a frequent visitor to the John Cochran VA hospital for many years.

A self-employed handyman from the city's south side, Crews suffered from severe stomach pains that eluded a medical diagnosis. VA doctors prescribed Crews powerful opioid painkillers, to which he became addicted in his later years, according to his family and friends.

As his stomach pains worsened with no end in sight, Crews grew increasingly frustrated with the hospital, says his nephew, Tim Harrison, of Herculaneum.

"He just got worse and worse," Harrison says. "And then in the last three to four months he looked really, really bad."

Crews earned a precarious living as a handyman and from occasional work rehabbing houses. His financial situation deteriorated in his last years of life as his health declined. The bank that held his mortgage sought to take possession of his home, while Crews found it increasingly difficult to make ends meet on the $1,200 he earned each month from Social Security.

In late March, Crews told his nephew he was going to kill himself. "He said, 'Tim, I can't take it no more,'" Harrison recalls.

Harrison asked his uncle if he was serious about taking his own life.

"When I do it, I'm going to do it at the VA because these are the guys who failed me," Harrison recalls his uncle saying.

Crews made his final visit to the hospital in the pre-dawn hours of March 26, 2018.

He left his modest house at 4472 Beck Avenue and drove his 1996 maroon-colored Buick Regal sedan the five miles north to the hospital.

It was just after 4 a.m. when Crews parked the Buick and walked the last few hundred feet into the Ambassador's Suite.

In his right hand he held a pistol. All six chambers were loaded.

When he entered the Ambassador's Suite, it was empty. He lowered his body onto a couch near the entrance.

Crews inserted the barrel of the gun, a Herman Weihrauch .38-caliber Special revolver with black polymer grip, into his mouth. The time was 4:19 a.m., according to security cameras.

Crews angled the barrel upward so that it touched the roof of his mouth. Then he squeezed the trigger. The bullet exploded out the left side of his skull, according to the St. Louis medical examiner's report.

Apparently no one inside the hospital heard Crews' gun go off. More than an hour elapsed before a man walked into the Ambassador's Suite to buy a soft drink from one of its vending machines. There the man "observed a white male subject seated on the couch, unconscious, and bleeding from the head," according to an incident report prepared by a St. Louis police officer.

But it was too late. A VA physician pronounced Crews dead at 5:33 a.m., according to the police report. 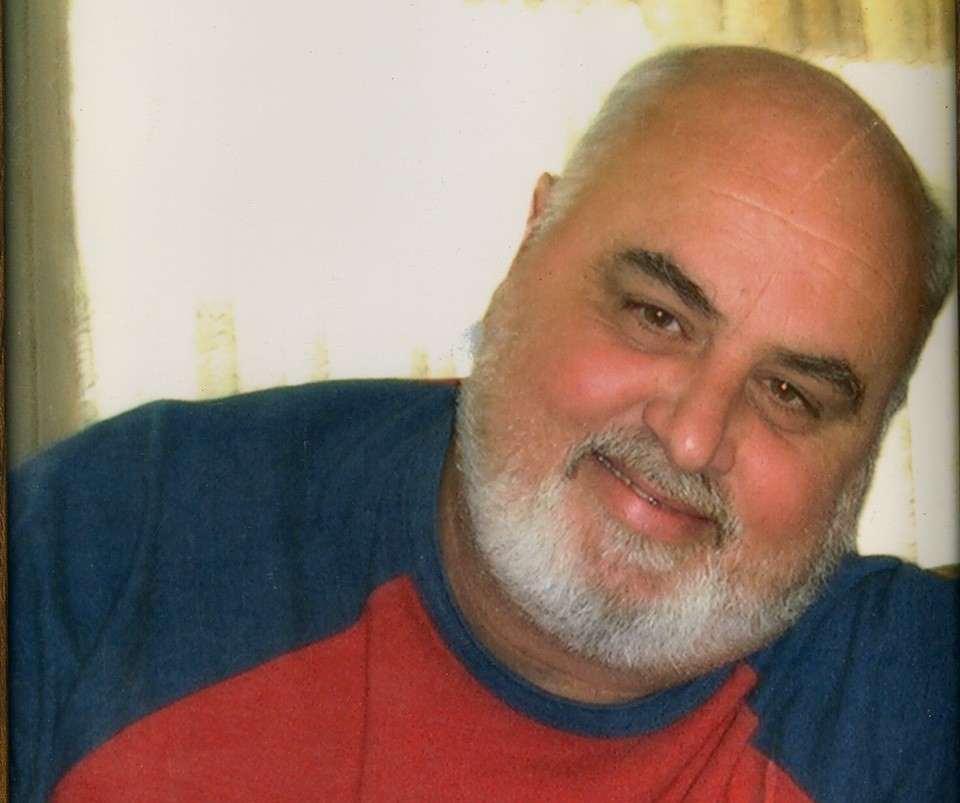 An estimated twenty military veterans take their lives each day in the United States. But Crews' decision to end his life at the VA hospital put him in a smaller subset of those deaths, that of veterans committing suicide at VA facilities or on public grounds. The phenomenon even has a name: parking lot suicides.

From October 2017 to June 2018, fifteen on-campus suicides occurred at VA facilities nationwide, according to figures released to the Riverfront Times by the VA headquarters in Washington.

The reasons for the phenomenon range from veterans protesting poor and long-delayed treatment to their desire to spare family members the shock of discovering their corpses.

The phenomenon of parking lot suicides gained the attention of Dr. David Shulkin, who, in early 2017, was still serving as the VA secretary. He described these suicides as part of a growing, if tragic, trend.

"As some of you may know, veterans tend to come to a VA — either drive a car or come to the VA — and actually commit suicide on our property," Shulkin said in a speech at Georgetown University. "There are a number of reasons, not all of which I completely understand, but one of them being they don't want their families to have to discover them."

These veterans know that "if they're discovered at a VA, that we will handle it in an appropriate way and take care of them," including the handling of paperwork for military burials and benefits for survivors, Shulkin said.

Shulkin made the reduction of veteran suicides his top clinical priority when he took the VA's reins. At the time, he said he didn't know how many parking lot suicides had occurred at VA facilities. "But every day I am notified of more and more of these that happen. So we just have to do more, we have to do better, we have to innovate," Shulkin said.

On March 28, 2018, two days after Crews' suicide, Shulkin was fired by President Donald Trump as part of a dispute over the privatization of VA health care.

For David Barbash, who runs a website that raises money to help family members of veterans who commit suicide, the motivation behind these parking lot suicides makes a certain kind of sense. "They obviously want to make a statement, a political statement," he says.

But committing suicide at a VA hospital can also signal another message.

"It's a cry for help," Barbash says. "And they don't want their families to clean up the mess, so to speak."

Although the problem of parking lot suicides was an issue of special concern for former VA director Shulkin, the VA does not keep comprehensive figures on suicides at agency facilities nationwide, according Gina Jackson, an agency spokeswoman.

The agency provided the tally of fifteen suicides in nine months at the Riverfront Times' request, but offered little additional information.

"That information is available at each individual facility, but is not something we have compiled (other than what we have provided to you)," Jackson wrote in an email in August.

The Riverfront Times reached out repeatedly to the VA to determine how the agency had arrived at its figures, as well as to determine the dates and locations of each veteran suicide. The agency, however, declined to provide the information.

"Due to the low total number of on-campus suicides, we are unable to provide further detail as doing so could jeopardize patient privacy," Curt Cashour, press secretary for the Department of Veterans Affairs, wrote.

News accounts, however, abound of VA patients taking their lives at VA facilities or other public property over the past two years. These cases include:

• An unidentified 76-year-old Navy veteran who killed himself in August 2016 in the parking lot of the Northport Veterans Affairs Medical Center on Long Island, New York, where he had been a patient.

• Peter A. Kaisen, of Islip, Long Island, a former police officer, died after he shot himself at the Long Island VA center. The veteran had reportedly been frustrated that he was unable to see an emergency-room physician for reasons related to his mental health.

• In November 2016, the body of John Toombs, a former Army sergeant and Afghanistan veteran, was discovered in a vacant building on the campus of the Alvin C. York VA Medical Center in Murfreesboro, Tennessee. Toombs, who hanged himself, left behind a video in which he stated, "Earlier today, I was discharged for trivial reasons. They knew the extent of my problems. When I asked for help, they opened up a Pandora's box inside of me and kicked me out the door."

• In February 2017, the body of 63-year-old Navy veteran Paul Shuping was found in the parking garage of the Durham Veterans Affairs Medical Center in North Carolina, six days after he took his own life. Police announced that Shuping had used a .22-caliber rifle to kill himself inside a parked car.

• In March 2017, Hank Brandon Lee, 35, a former U.S. Marine lance corporal who served tours in Iraq and Afghanistan, fatally overdosed on fentanyl while under lockdown at the Department of Veterans Affairs psychiatric facility in Brockton, Massachusetts.

Fitting the pattern, but not happening on site, in June 2018, an Air Force veteran upset with the VA set himself on fire outside the Georgia state capitol in Atlanta. He died soon afterward. "He was strapped with some homemade incendiary devices, some firecrackers and doused himself with some kind of flammable liquid and attempted to set himself on fire," an Atlanta fire department captain told reporters.

A major aspect to veterans' on-campus suicides is the fact their health is deteriorating, says Barbash, who runs the website to help survivors of veteran suicide.

"Whether it's physical, emotional or spiritual, they're convinced they're done," Barbash says. "So this is their last kind of service to their country. And that breaks my heart."