If you want the city's best pot-roast sandwich, you won't find it in a trendy comfort food spot, a sandwich shop or even as a leftover from Sunday's supper in your grandma's kitchen. In fact, it's not even technically a pot-roast sandwich at all.

It's the beef torta from One Way Mexican Restaurant, the Latin American eatery that opened last October in the Princeton Heights neighborhood. Like the best pot roast you've ever had, this succulent, braised beef seems like equal parts meat and rich gravy. Though the menu calls it barbacoa, the preparation is actually birria, a rich, stew-like concoction filled with hunks of beef so tender they fall apart with just the suggestion of a fork. And you will want one for this beast of a sandwich. It may be designed to be handheld, but the beef's savory jus soaks into every last crevice of the pillow-soft bread, turning it into a glorious gravy sponge and rendering it impossible to keep together. And why bother – all the effort you'd spend trying to eat it like a sandwich is better spent devouring every last morsel.

There are other toppings on this blessed sandwich — avocado slices, refried beans, freshly made salsa, queso fresco. But the star of the show is the delectable meat, the handiwork of Mauricio Garnica and Jorge Salazar, two longtime line cooks and friends who have finally realized their dream of opening a restaurant of their own. 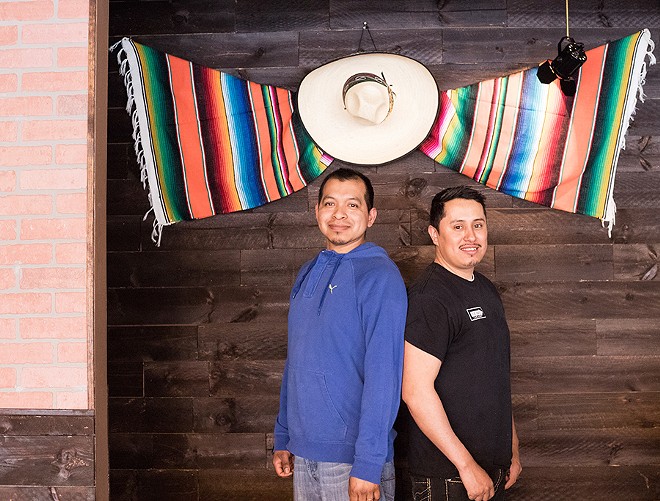 After eating this sandwich, you might think they spent their culinary careers perfecting Mexican-style braised meat, but they actually spent the majority of their time in restaurants cooking American bar classics. The two met while attending a food-safety certification class and forged an immediate friendship that grew into a professional relationship when they became colleagues at Three Kings Public House. They quickly realized how much they enjoyed working together, and their conversations turned toward owning their own restaurant one day.

When they signed a lease for the former Plato Cafe on South Hampton, they originally envisioned an eatery along the lines of Three Kings (think sandwiches and chicken wings). It was only later that they realized it made more sense to cook the food they loved best: that of their native Mexico. Still, their familiarity with American pub food gives One Way an easy approachability. You can enjoy authentic Mexican classics here or margaritas and guac with your girlfriends — and either way, no one is going to force you to wear a kitschy sombrero. 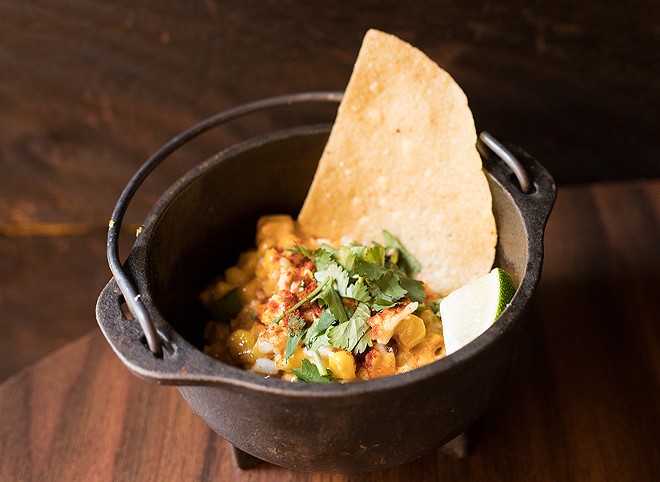 In this sense, Garnica and Salazar did not stray all that far from their original plan. One Way offers all of the trappings of the type of Mexican restaurants that Midwesterners love — deep-fried chimichangas, queso dip, nachos and fajitas. When done well, this Mexican-style pub food is decidedly enjoyable, like the "Choriqueso," a velvety concoction of cheese and chorizo reminiscent of the sort of Velveeta-chili dip you'd find at a Super Bowl party (come on, we all love it). The slightly spicy sausage has an almost cinnamon undertone that cuts through the rich cheese sauce with a zing of spice.

Generous fresh lime juice and studs of jalapeño enliven chunky guacamole; those same flavors appear in the complimentary tomato salsa, which Garnica and Salazar make fresh every day. Though neither dish is breaking the mold, they are well-executed and exactly what you want when downing salty chips and easy-drinking beer. 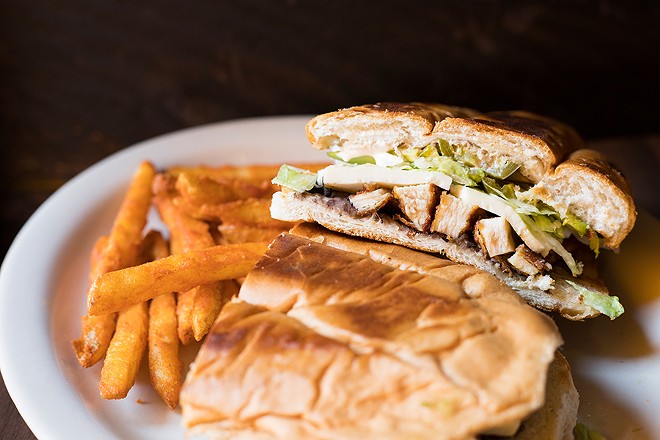 A grilled fish burrito was impressive both in the quantity of whitefish it contained as well as how expertly it was cooked. So often the flesh can be overcooked and dried out, but here it was downright juicy. Cabbage, pico de gallo, cilantro rice, refried beans and avocado are bound together with a smoky chile aioli, then packed into a warm flour tortilla. Forget fish tacos; this burrito is a version on steroids.

If you are going to get tacos, however, One Way's street tacos do not disappoint. That same delightful "barbacoa" that came sopped onto the torta is equally brilliant when wrapped into a soft flour tortilla and garnished simply with onions, cilantro and avocado. In fact, if I had any complaint about the sandwich version, it's that the other accoutrements take away from the meat's glory. Letting it shine in a simple preparation like these tacos is ideal. 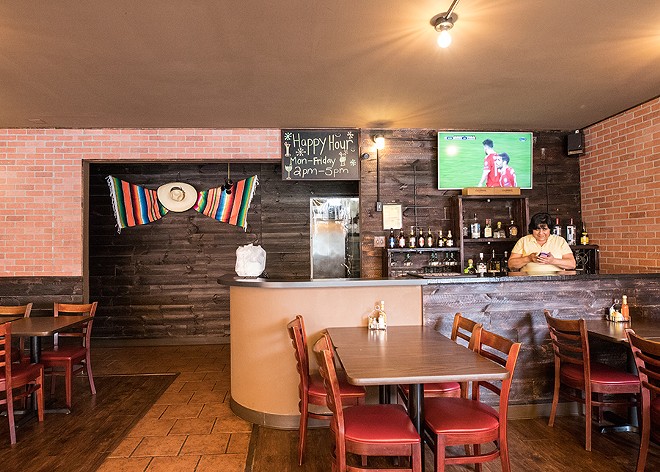 The shrimp on the shrimp taco was shockingly plump and well-cooked. Again, a few simple condiments, including crisp cabbage, avocado, pica de gallo and chipotle aioli, let the shellfish's mild spice rub and tender texture stand out. The cochinita pibil taco is equally lovely in its straightforward presentation — just juicy, slow-cooked pork with a slight essence of citrus wrapped into a tortilla with pickled onions and cilantro. What more could you want?

There were a few low points during my visits, one of which was the chicken enchilada. It was not bad, just not as rich and saucy as you want in such a dish. The chipotle-spiced chicken was sparse, as was the Mexican crema and salsa roja, which made the whole melange seem dry.

Maybe it's because it was eclipsed by the brilliance of the beef torta, but the pambazo was a mess of a sandwich, and not in a good way. It had so much going on — potatoes, chorizo, refried black beans, sour cream — sort of like a Mexican-style slinger. In theory, this is not a bad thing, but here, the flavors were muddied.

One Way's tamales, however, are some of the most impressive versions I have enjoyed, both in taste and in size. Each tamale is about three times bigger than the standard, and the masa, which is steamed in a banana leaf, has a pleasantly gritty texture, almost like cornbread. You can have it filled with either chicken or braised beef, but is there really a choice? The slow-cooked beef seeps into the masa like gravy you've sopped up with a biscuit. Even without the meat this would be a spectacular, Oaxaca-style tamale; with it, it's transcendent.

Feasting on it in such a quaint setting certainly makes the experience all the more enjoyable. Unlike the numerous other business that line Hampton, One Way sits quite a way back from the street, a tiny, standalone building that is almost hidden between two commercial strips. Though you're right along a busy thoroughfare, when you step onto the covered patio you feel as if you're entering another reality, one that is warm, intimate and miles away from the horns and traffic of the street. And having a delightfully fresh margarita — with real lime juice — makes it all the more transportive.

Then again, hand me a beef torta, taco or tamale, and I could be sitting on the curb in front of the adjacent coin dealer and be none the wiser. One Way Mexican Restaurant may be the realization of a dream for Garnica and Salazar, but that birria is going to be haunting mine for days to come.