MABEL SUEN Gnudi, served with the restaurant’s sensational pork shoulder, is a standout dish on a formidable menu.

John Cochran had no intention of ever being anything more than a restaurant patron. A 35-year veteran of the logistics business, he certainly loved going out to eat and enjoying the city's nightlife. In fact, that's what made him encourage his wife to move from their longtime Ballwin neighborhood and closer to the city center when they became empty nesters a few years ago.

They chose Soulard as their new home, eager to frequent the bars and restaurants in their new neighborhood. And they did. The problem was, there was nowhere that checked all the boxes of what they were looking for in a restaurant.

No one questioned that Soulard was flush with wonderful entertainment and dining options. The problem for Cochran, his wife Anne and their friends, Chris and Venessa Schwarz, was that none of these establishments hit that note of being the sort of place you could go to for a sophisticated dinner, nightcap or to simply have a glass of wine while listening to music. That realization prompted them to begin dreaming with their new circle of friends about the sort of restaurant that the neighborhood needed. 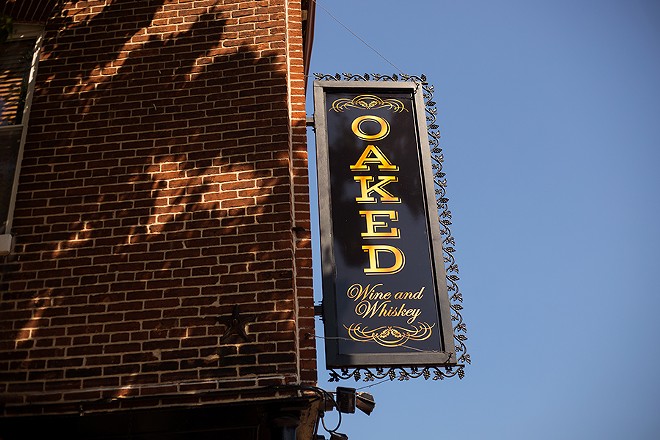 On one particularly wine-fueled night, the friends filled in the details of all they wanted in a restaurant — what it would look like, what sort of menu it would have, the colors and aesthetics of the space. The very next day, Venessa happened to pass by the former Lynch Street Tavern and noticed that the building was for sale. It was the sign they were waiting for.

Roughly nine months after that fateful night, the Cochrans and Schwarzes (who are no longer partners in the restaurant) brought their vision to reality in the form of Oaked, which opened on February 15. The massive restaurant, which sits directly across from the Anheuser-Busch brewery, has seen many restaurant concepts come and go, including Lynch Street Tavern, Fleur de Lilies and Sage Bistro. Unlike its predecessors, however, Oaked seems to have found a winning formula.

Part of that has to do with John Cochran's fierce commitment to hospitality and innate knack for the business, demonstrated through his recognition of raw talent. Cochran's vision for a warm, welcoming environment hits you the moment you walk through the front door and encounter Gayle Hantak, the restaurant's hostess, who greets you as if you are a treasured friend arriving at her own personal dinner party. More than a simple "Welcome" or "How many in your party?" Hantak looks you in the eye as if you are the only person in the room, genuinely interested in who you are, what you have to say and why you've come to the restaurant that particular night. It's a master class in the role of maitre d' — and it also happens to be Hantak's first job in the restaurant business.

You'd expect this level of hospitality know-how from someone who's been in the restaurant business for decades, but until Oaked opened this February, Hantak had never worked in the industry. For the past ten years, she'd held a job with Cochran's logistics company, where she was put in the difficult position of being the middle-woman between the company's drivers and its executives. Her passion for taking care of people was so striking that when Cochran was looking for someone to be the face of his new restaurant venture, he knew that person should be Hantak. It was a smart move, and one that sets the tone for the entire dining experience. 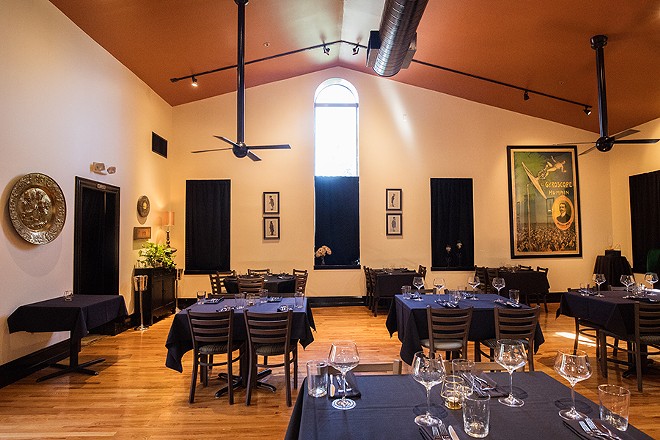 In addition to this warm hospitality, Oaked also succeeds in navigating its significant real estate footprint by dividing the building's ample space into different experiences. This includes a first-floor bar and sultry lounge area, a light-filled formal dining room upstairs, a cozy cigar patio on the second floor and a lush, tree-covered, street-level patio that, when Sunday brunch service begins in a few weeks, will be the best place in town to sip a mimosa.

It's an ambitious undertaking, but one for which Oaked proves up to the task, not only in its hospitality and atmosphere. The other key to Oaked's success is the food, an elegant and approachable menu of American bistro fare brought to life by executive chef Stephan Ledbetter. A former veteran of Gamlin Restaurant Group, Ledbetter dazzles right out of the gate with an appetizer of pork belly that is so silken it melts on the tongue like tempered butter. Served over a creamy, coconut-infused celery root puree, the meat is paired with cooked apples, whose sweetness underscores the pork's gentle fruit wood smoke.

Street corn, served on the cob, is equally delightful. The tender kernels are coated in parmesan and chiles that form a warmly spiced glaze. The subtle, cumin-scented heat combines with the sweet corn and a sprinkle of cilantro to evoke the sort of complex flavors you get from a wonderful garam masala.

Those layers of complexity are also present in the coconut and celery root soup. The mildly herbal vegetable, softened by coconut milk, is accented with lime and fresh basil. There's a subtle heat to the dish that sneaks up on you, adding an extra dimension of depth. My only quibble is that the texture — a whipped, coconutty fluff — is too thick for soup. Though I loved the taste, it was so rich I could only eat about a third of it.

Baked burrata was less impressive. The molten cheese is served in a dish of creamy vodka sauce. The flavor was fine enough, but the burrata got lost in the tomatoey sauce and seemed more like a garnish than an essential component. The trout cakes were a bigger miss. Not only were the cakes tasteless, their exterior became tough when cooked, wrapping the delicate interior in a thick layer that required a knife and some elbow grease to cut through.

Entrees, across the board, were well executed and generally delightful. Large scallops, seared flawlessly and gilded with brown butter, rested atop a bed of creamy risotto. Pieces of grapefruit added a vibrancy that beautifully cut through the richness of the shellfish and rice.

Salmon confirms Ledbetter's skill at preparing seafood. Seared skin-on, the delicate meat was like silk, a wonderful contrast to the skin's crunchy texture. Without adornment the dish would have been wonderful, but Ledbetter makes it even more so with a summery mélange of spinach, white asparagus and fava beans.

The chef knows how to cook more than just seafood. He smartly serves a gorgeous, medium-rare duck breast with slivers of warm peaches and almonds; they coax out the meat's sweetness without being overbearing. The meat's jus mixes with the juicy fruit and foie gras butter, forming a delectable, sweet and savory glaze. A fourteen-ounce ribeye is another showstopper. The meat is seared so that the outside develops a crisp, bitter char that contrasts with the sweetness of the accompanying creamed corn. Smashed fingerling potatoes complete the dish, their black pepper coating providing the bit of spice needed to counter the otherwise decadent dish.

The standout, however, is the pork gnudi, which pairs pillow-soft, ricotta-infused dumplings with Ledbetter's stunning pull-apart pork shoulder. Like the belly served as an appetizer, the shoulder is kissed with a subtle fruit wood smoke that enhances, but does not mask, the succulent meat. A saute of kale, tomatoes and shallots is spooned over the top of the pork and gnudi; topped with ricotta, it reads like the sort of Sunday ragu you'd find in a Bolognese grandma's kitchen. 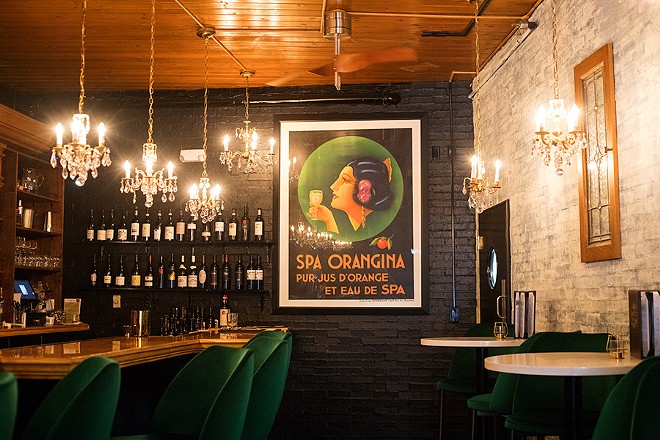 Oaked's desserts — a lavender-and-lemon tart in the shape of a cannoli, a trio of peaches with ginger snaps — offer a fine ending to the meal, though, really, the best ending is another glass of wine. Perhaps Oaked's most compelling feature is its ambitious wine program. Not only is the list impressive both in size and scope, the restaurant offers every bottle (with the exception of a few proprietor's bottles) by the glass. If that fact fails to impress, consider that the wine list is about two and a half inches thick. It's nothing short of extraordinary, and it makes Oaked perhaps the best place in town for wine enthusiasts.

The list can be overwhelming, but that's where Hantak comes in. By the time you arrive at your table, chances are she's found out what kind of wine you like, introduced you to the sommelier and knows the wine you and your spouse had when you conceived your firstborn. It may not make choosing between a Barolo and a Brunello any easier, but, when paired with Oaked's delightful food, it sure makes for a lovely time.