Take Me to the River

After centuries of neglect, St. Louis is slowly coming around to the Mississippi

On a cool, bright day in early April, one of the world's great rivers is deserted. No one fishing. No boats in sight. Flattened cans of malt liquor and a couple of cars had dotted the parking lot of North Riverfront Park, the drivers slouched down low in their seats. But out here in the middle of the channel, man has all but disappeared.

The dark, choppy water smacks against the side of the canoe. A steady wind whooshes overhead. In the distance, gleaming white pelicans bob alongside the Illinois shoreline. Is this the nightmare that has kept generations of St. Louisans clinging to high ground?

Well over a century after Mark Twain described the Mississippi River as a "wonderful book" with a "new story to tell every day," most of us barely think about it at all. The river remains a static monster in a forgotten corner of the city's psyche. Drive over it if you must, but don't get any closer than necessary. The Mississippi, St. Louis knows, will kill you if you let it. People do die in the waters every year — sucked under by a deceptively lazy-looking surface, fooled by shifting water levels that remake the banks without warning.

And yet, paddling toward the sandy beach of a river island just twenty minutes north of the Arch, it feels peaceful. An unseen canal diverts barge traffic around the Chain of Rocks. The occasional log floats past.

Paul Gruber steers this late-morning voyage from his seat at the rear of the bright blue canoe. The bearded 27-year-old moved to St. Louis from Florida for college, living here for years without ever really thinking about the river.

After studying graphic design, he worked in sales and construction. It was not until his then-boss suggested a Mississippi canoe and camping trip as a reward for his staff that Gruber even realized it was possible to get on the river.

"I didn't really have any outdoor skills," recalls Gruber, who as a kid didn't even like summer camp.

Still, he was interested in the idea. The trip was led by Mike "Big Muddy" Clark, the gruff philosopher king of a small band of river rats who dared dip their oars into the infamous waters. Clark was in the early stages of his guiding company, Big Muddy Adventures. The perceptions of the river were so negative back then he barely even considered marketing.

Instead, he focused on river evangelism. He was in search of converts — and more urgently, a cook — when he met Gruber on the overnight expedition about five years ago. Gruber had brought a pot of chili to help feed his co-workers, and Clark soon hired him to come along on future trips to handle the food. In the years since, the young paddler has spent thousands of hours traveling the river and camping along its banks. He has even done the end-to-end voyage, shoving off at the marshy headwaters in Minnesota and emerging 65 days later from the wide churn in Louisiana.

Not everyone takes to the Mississippi so completely, but it is also true that a growing number of people in the St. Louis area are taking a second look at the much-maligned river and seeing new possibilities. After years of ceding the waterfront almost entirely to industry, there are renewed efforts on a variety of fronts to bring city dwellers and tourists back to the water. New investment. Multi-million dollar projects.

For Clark, who has now taken thousands of people onto the river, just seeing St. Louis from the water provides an entirely different perspective.

"When people see the city from the river," he says, "they have this sense of pride." 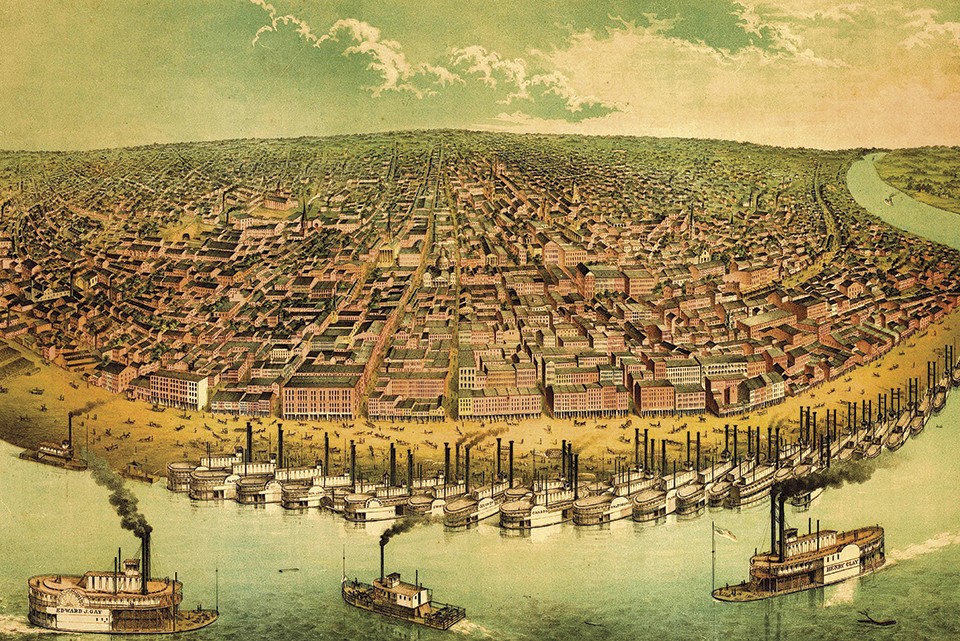 is almost as old as the city.

By the early 1800s, the settlement founded by French fur traders had begun to morph into a smoky, noisy industrial hub. The strategic location just south of the great river's confluence with the Missouri, paired with the rise of steamboats, made St. Louis a key inland port. Hundreds of buildings rose along the river's banks as we have tried simultaneously to harness its power and separate ourselves from it with flood walls, locks and overbuilt lowlands.

Over the years, the riverfront has supported shipbuilders, cotton merchants, lumber dealers, boilermakers and foundries for smelting iron ore hauled in from Missouri mines. Anheuser-Busch carved out a spot on the southern end where it could cool its beer in caves and ship product down the river.

Business boomed, but the grime of the factories and warehouses made for unpleasant living conditions, says David Lobbig, curator of environmental life at the Missouri History Museum. Wealthier residents fled polluted urban life for the countryside. The fact that the riverfront was the first stop for arriving immigrants only hastened the flight to the west.

"They moved further and further, and that tradition sort of continues today," says Lobbig, who is working on an upcoming exhibit about the middle Mississippi for the museum.

By the 1920s and 1930s, the riverfront had become a popular scapegoat for the city's flagging fortunes. Depression-era politicians described it as an irredeemable "slum" while floating a plan to demolish a 37-block zone. In its place, they vowed to build a grand memorial of some sort and new highways they promised would bring new life.

Historian and author Tracy Campbell argues the proposal probably had more to do with the interests of real estate firms, who were the largest property owners and stood to make a healthy profit by selling their buildings to the government through the eminent-domain process.

"Although some areas showed obvious signs of economic ruin, others were not quite the wasteland of destitute and abandoned buildings ravaged by time and the Depression that the mayor portrayed," he writes in The Gateway Arch: A Biography. In fact, the targeted zone included 290 businesses with a workforce of roughly 5,000 and only a two percent vacancy rate, Campbell notes. There were also nearly 200 houses, the majority of them rentals, charging middle-class rates.

Supporters of demolition leveraged the fact that a significant number of the people who lived there were black. They tried to persuade white voters that displacing residents and businesses would be best for the city as a whole. 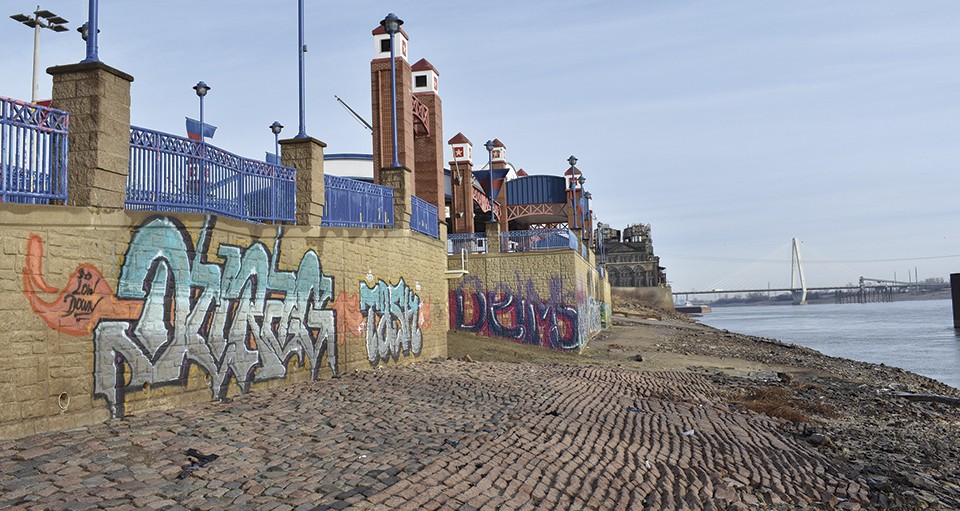 In the end, Campbell writes, the campaign succeeded through a combination of unsupported promises, fear and widespread voter fraud. The Arch was eventually built on the site, but it never quite delivered the promised economic punch. And it did not erase the idea drilled into voters that the riverfront was a frightening and undesirable place.

Even today, with a $380 million overhaul of the Arch grounds scheduled for a full unveiling in July, elements of the old sentiment remains. The river is seen as dirty, dangerous and not a place for recreation. Alderwoman Christine Ingrassia says she learned as a kid in St. Louis never to trust the Mississippi.

"We were taught to be scared of it," she says.

It was only later, as an adult interested in environmental and flooding issues, that she first went onto the river. She was instantly hooked.