Michael Brown and Ferguson: The Story in Photos

Share on Facebook
Tweet
Submit to Reddit
Email
On Saturday, August 9, 2014, eighteen-year-old Michael Brown was walking with a friend on the 2900 block of Canfield Drive in Ferguson, Missouri, when the two came across a Ferguson police officer. What happened next is unclear, but after a series of gunshots, Michael Brown was lying face down in the street in a pool of blood. He was dead, shot repeatedly by officer Darren Wilson, a six-year veteran. Brown was unarmed, and many witnesses say he had his hands raised in the air at the time he was shot.

In the days following the shooting, there have been outpourings of support, sorrow, and anger from celebrities and community members alike. Many have taken to the streets of Ferguson to protest. What began as a peaceful demonstration turned increasingly violent, and the protests turned into riots. Now two others have been shot in separate incidents, and the tension surrounding Brown's death continues to permeate St. Louis and the country.

The photographs above were taken by Riverfront Times photographers and writers as well as by contributors. A number of different cameras and cell phones were used. 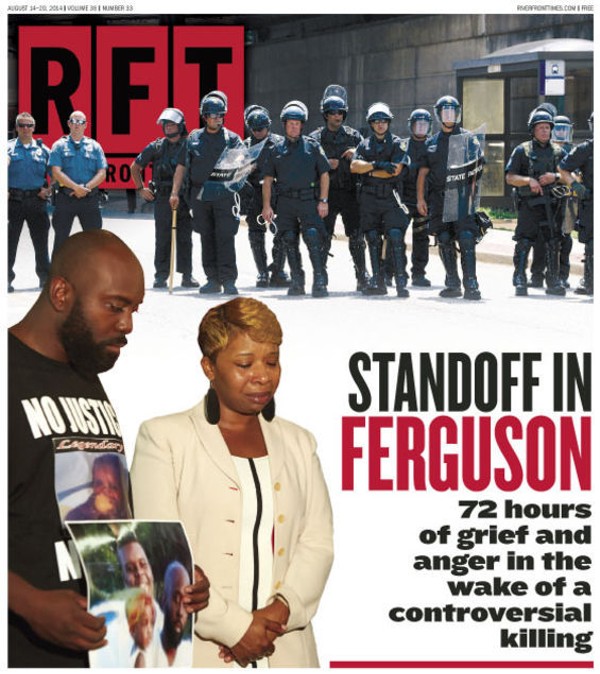