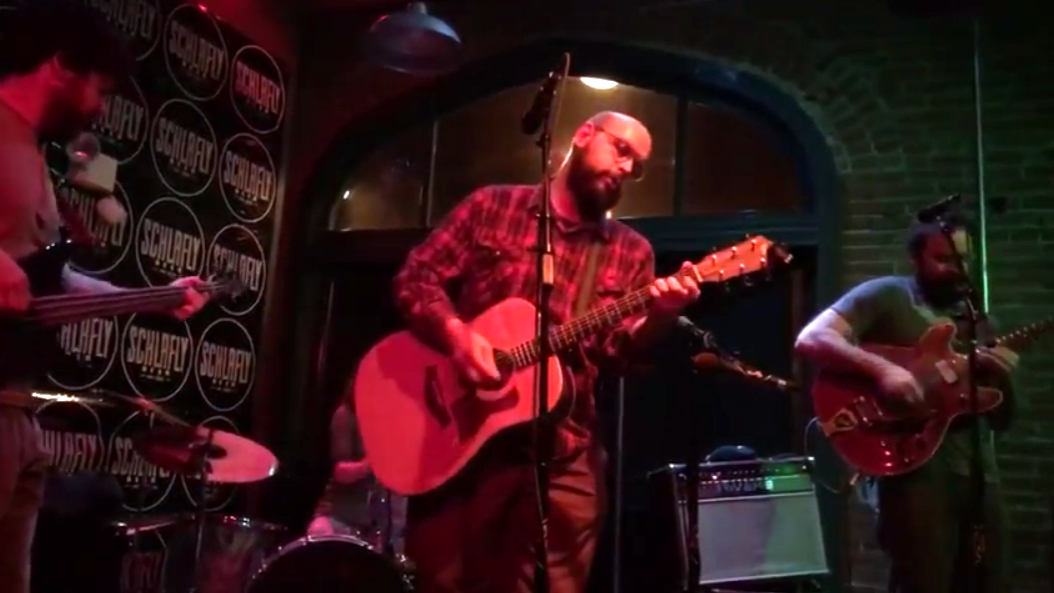 It's Monday afternoon on Martin Luther King Jr. Day, and Tim Rakel has just wrapped up another two-hour shift of Mystery Train, his long-running show on KDHX. He's been a presence at the station for more than fifteen years — an understated, borderline monotone but musically heterogenous presence. It being MLK day, he favors songs of freedom and liberation on today's show, so yes, U2's "Pride (In The Name of Love)" gets an airing, but so does Bob Dylan, Max Roach, Fela Kuti and Mavis Staples. Toward the end of the set he drops in the jubilant, percussive "Namuvera Jesu," a selection from Kenya's Muungano National Choir. It's a sacred song, and even if its lyrics are lost in translation, the spirit is strong.

Rakel is not a particularly religious person, but his recent radio playlist's mix of liberation, social justice and, specifically, the nation of Kenya intersect neatly with his latest musical undertaking. As the lead singer and songwriter for the May Day Orchestra, he wrote the songs on the just-released Wake. It tells, in part, the story of Yusuf bin Hasan, a sultan who, in 1631, led a massacre of Portuguese Christians in the Kenyan port city of Mombasa.

It's an obscure bit of African history, but in Rakel's hands it becomes a crucible for themes of revenge and colonialism against a martial, wiry rock & roll backdrop. Rakel, who graduated from Washington University with a degree in African studies, used his education to inspire May Day's latest set.

"I went to Kenya in college, and it was kind of a combination of my own study of history while I was there and what I discovered, and then also there's a story within that story too," Rakel says of the new album's source material. "The whole Yusuf bin Hasan story is a seventeenth-century thing, so I learned about that through libraries and stuff, but there is more modern-day stuff that I was told firsthand."

In Rakel's eyes, Hasan's story — being taken away from home, educated and indoctrinated abroad, only to return home to find your father betrayed and murdered — has a universality that extends outside of Kenya's history.

"It's kind of like a Shakespeare storyline that you can drop into any historical period," Rakel says. "This guy discovers that his father was killed and he was betrayed. All that stuff fuels his revenge plot, and there we have our story."

He notes that the historical narrative is a somewhat loose thread, and he's right — the story doesn't burden the listener, and these songs vibrate with an energy and intensity that don't exactly require footnotes to comprehend (though the band has furnished relatively in-depth liner notes to fill in some blanks).

"As far as writing a record full of songs, sometimes it is easier to have an anchor like that to focus on — even if it strays a little further," Rakel says of the album's scope. And that framework is a natural fit for May Day as the band's last few recordings have taken album-length approaches to themes of imperialism and socialism.

But where Wake diverges from those other releases is in the band's current lineup; whereas earlier incarnations were more acoustically driven and rooted in folk music, this album uses a moody and expansive rock band as its engine. Longtime drummer Mary DeLeonardis is joined by her husband Jake on bass, alongside guitarist Charlie Tabing. Tabing's guitar work in particular provides the biggest shift in sound; he can be exploratory or restrained, and the through-line he provides on the instrumental track "Morning" gives the album a cinematic opening.

"Mary and Jake were the rhythm section for Tenement Ruth, and they're coming from more of the rock-band background, and Jake and Charlie play in Jackhead, a Carbondale band that was around in the early 2000s," says Rakel. "It just kind of lent itself naturally to more of a rock sort of sound. I wasn't really looking for something different, but that's how it wound up."

Rakel is a student of politics both historical and current, but May Day Orchestra exists to tell forgotten stories of the past — previous albums have been set in in the late 1880s and early 1900s. So the band doesn't explicitly speak to our current political climate, but Rakel sees this style of storytelling — and the unburying of forgotten or suppressed histories — as part of the constant churn of politics and identity.

"I think, even as distant as it might seem, I think it can tie into what's going on in America today," Rakel says, "where people don't really know the history of their own country, to the point where they've invented whatever they want to tell themselves."