Kirkwood's King of Comedy: Greg Warren's standup career takes him all over the USA, but St. Louis remains his home 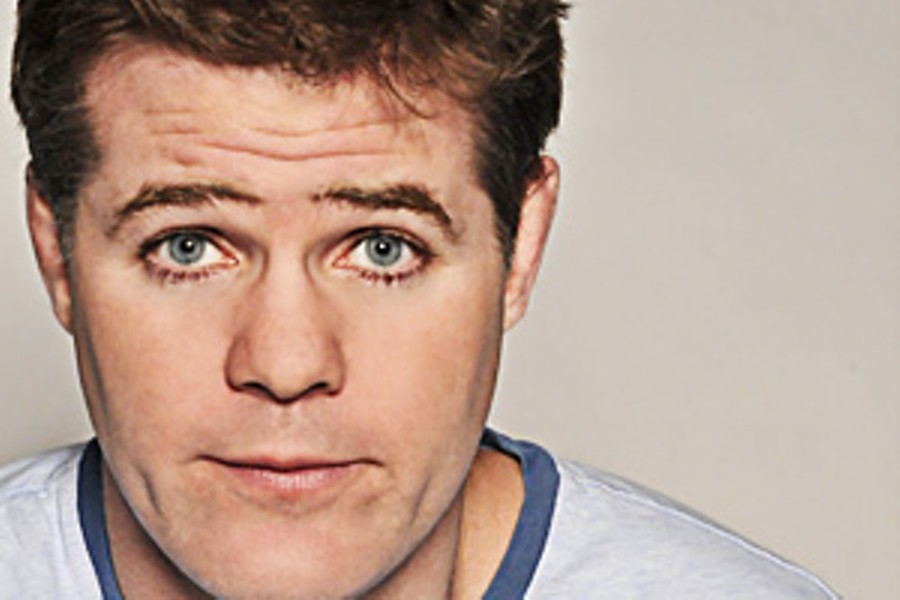 Lance Tilford Says St. Louis Funny Bone manager Matt Behrens of Warren (above): "He works constantly. I don't think a bit is ever finished with him."

Kirkwood's King of Comedy: Greg Warren's standup career takes him all over the USA, but St. Louis remains his home

Late this past summer, St. Louis native Greg Warren reached a career milestone, validating his decision eight years ago to forego the stability of a Procter & Gamble office job. August 26 saw him onstage at the Hudson Theatre in the heart of New York City's Times Square, taping his own half-hour special, Comedy Central Presents: Greg Warren. The show debuts Friday, March 13, at 9 p.m. And though he's done stints in Houston, Ohio and Los Angeles (not to mention spending a year living on the road), the comedian will spend the weekend at his home a mile and a half from the Kirkwood house in which he grew up.

A fan of Blazing Saddles, Johnny Dangerously and Airplane! from a young age, Warren cites a wrestling-team bus trip during his sophomore year at Kirkwood High School, when a friend shared Eddie Murphy's Delirious cassette, as a defining moment. But it wasn't until he chafed at the discipline and drudgery and was honorably discharged after a year at West Point, and switched to wrestling and studying journalism at the University of Missouri-Columbia that he saw his first live comedy show.

"Some friends took me to Déjà Vu, and I was like, Holy shit, man, people do this for a living? Not just Eddie Murphy?" he recalls. "I just thought that was unbelievable."

Not long after that first taste, Warren won an amateur contest to perform on the same stage. Though he was soon appearing as a regular opener in Cincinnati, Dayton and Columbus, it was awhile before he seriously entertained the thought of a comedy career. In retrospect, he realized he had yet to get beyond the rookie reflex of sitting down and writing something "funny" and instead tune in to the real-life occurrences that piqued his interest, "dialing it up" from there.

"You can turn 'interesting' into 'funny,'" Warren explains. "If you just think, 'How can I get these people to make this noise every few seconds?' then you're not going to be very interesting, and you're going to be like a lot of other people. For me the best way to be interesting is to tell stories about my life. What makes me different from a lot of comedians? Well, a lot of people probably didn't go to West Point...."

Along similar lines, Warren's shows are filled with exaggerated versions of the characters he encounters, presented through detailed narratives, allowing his formidable storytelling abilities to take center stage. The Comedy Central special features bits about the dregs of society he not-quite-lovingly refers to as "One-Star People," marriage and relationships ("My parents have been married for 40 years.... They've been fighting for 39."), food and his stint as a Denny's busboy. As a personality, Warren is a lovable, self-deprecating Average Joe, bewildered but hopeful, mimicking the outrageous accents of those he can't quite believe he's forced to interact with. Even during episodes in which he's the victim, he delivers dialogue with a devilish grin.

"It's not the traditional setup-punch that most guys do. And he works constantly. I don't think a bit is ever finished with him," says St. Louis Funny Bone manager Matt Behrens, who took in the Comedy Central taping from a closed-circuit set in the Hudson Theatre's greenroom. (Having known Warren for eight years, Behrens was particularly surprised to hear his own last name pop up in the midst of the West Point material — legal issues prevent performers from attaching genuine names to factually based anecdotes on television, so comedians must improvise.) "If he wants to do a sitcom or he wants to do some sketch writing, he could do well beyond what he does onstage. I know that'll always be his number-one priority, but it's wide open out there for him to do anything."

"I've done maybe ten to fifteen TV appearances, and I've only been happy with one or two of them," Warren allows. "But with this performance, I was overwhelmingly the happiest I've been with what I did onstage, and easily the most comfortable I've been."

In addition to the special and a concurrent headlining run at the Funny Bone, Warren's third album will be released via iTunes in April through Comedy Central Records. Warren describes the release (tentatively titled One-Star Warrior), taped at Denver's Comedy Works in early December, as a best-of from his first two independent efforts, capped with twenty minutes of new material.

"He's had an interesting life, which gives him a unique take on things," says Comedy Central Records head Jack Vaughn. "Plus, I love his 'One-Star' material."

Though his career continues to gain momentum, Warren prefers to gain inspiration from the familiar, having moved back to St. Louis in 2006 after logging five years in LA. A tireless road comic, he considers the home of Phyllis Diller, Cedric the Entertainer, Dick Gregory, Redd Foxx and Kathleen Madigan — not to mention two brothers and his parents (his mother is a former book reviewer for the Post-Dispatch and current Webster-Kirkwood Times columnist, his father, a retired wrestling coach who occasionally aids with computer consulting), all of whom live within a ten-mile radius — an ideal base from which to travel a minimum of 40 weeks a year. For him, a central location, relatively easy airport commutes, abundant stage time, the welcoming nature of the Funny Bone and support of an extended circle of friends in the comedy community are vital amenities.

Warren recently recruited those friends to join him and peers flown in from New York and LA to film a series of sketches to air on the Web, and possibly other outlets. "The two years before I left LA, I don't think I was on TV once," he recalls. Since his return, Warren has appeared on The Late Late Show with Craig Ferguson twice, a Bob & Tom special, CMT, Last Comic Standing, Comics Unleashed and now Friday's Comedy Central Presents.

"I really do believe that outside of New York or LA, it really is one of the top ten places to start stand-up," Warren says of his hometown. "If you're only going to be home two days a week, you want to have a life there. I have a home in St. Louis and I do things and know people who aren't all comedy related, so it enriches what you can write about. St. Louis might not be my last stop, but at this point in my career, it's perfect." 