Kevin Bowers Brings the Music of Brazil to St. Louis, Just in Time for the Olympics 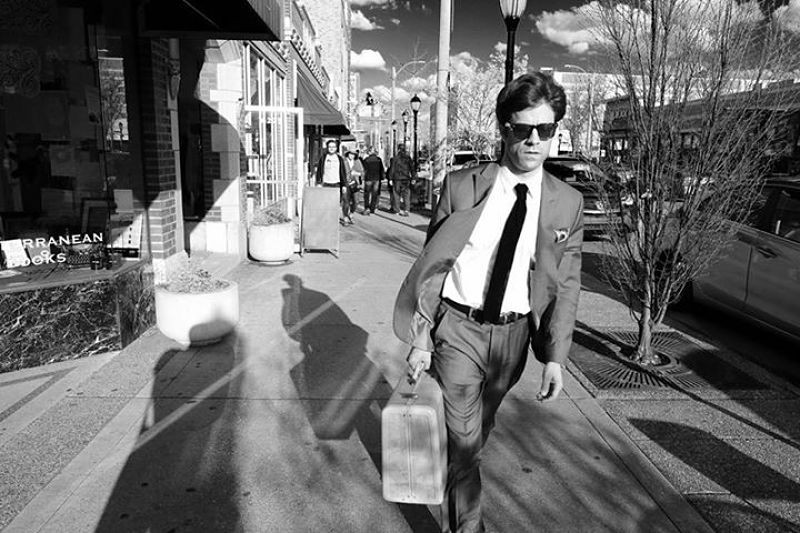 There’s scant evidence to suggest that Kevin Bowers timed the release of Nova, his album inspired by the music of Brazil, to coincide with the 2016 Olympics in Rio. But as the sports world turns its eyes to Brazil, it’s a good enough excuse to revisit the country’s vast and idiosyncratic contributions to the musical landscape. Bowers, whose skill as a drummer has placed him behind the kit in a number of rock, jazz and blues outfits around town, has made a marvel of a record with Nova, pulling from a years-long fascination with Brazilian music ranging from gentle bossa nova to psych-friendly tropicalia to blistering batacuda. If Nova is an act of musical tourism, it’s one that has been undertaken with deep love, scholarship and technique.

Over a pot of tea at Tower Grove South’s London Tea Room, Bowers traces the genesis of this project, which was sparked by some teenage crate-digging and blossomed thanks to travel abroad.

“I think I found a Brazilian compilation in high school at a record store,” says Bowers. “The cover was intriguing; it probably had a beautiful girl on it or something. I was intrigued by all the exotic rhythms, the singing in Portuguese. It was from another world because I grew up on American music, and so, something out of the box, I’m always attracted to.”

Bowers continued listening and studying all types of music, especially during his time at the Musician’s Institute in Hollywood, though he always felt the pull of samba and bossa nova. “I feel with Brazilian music, my feet never touch the ground,” he says. “I always feel transported when I’m listening to it.” But it was a recent trip to Spain that planted the seed for the songs and stories, if not necessarily the sounds, that would make up the core of Nova.

“Once I got back from Spain I knew I was going to make an album immediately,” he says. “I had this vision: What if this was a movie? What if this was Fred Astaire and Lena Horne trotting around Spain or Brazil, and Fellini was directing it? I wanna make the soundtrack to that.”

To achieve this, Bowers — a multi-instrumentalist who teaches lessons on guitar, piano and bass as well as drums — called on bandmates from his many gigs playing with the Feed, in Big Mike Aguirre’s blues band and in the Rolling Stones tribute act Street Fighting Band. While he has sung on records before (most recently on his 2008 release Nine Story Building), Bowers wrote for other vocalists on this album, casting them as characters in an imaginary road movie.

Paige Brubeck (of Sleepy Kitty) and Aguirre embody the spirit of the winsome lead-off track “Two Vagabond Lovers,” and the first half of the album follows, in part, their meanderings through the Mediterranean. The honeymoon is on hiatus in the album’s back half, as Jimmy Griffin and Erminie Cannon transmit a more weathered, bluesy version of these characters. If there’s not one set narrative from song to song, Bowers speaks to the “theatrical experience” of the album, which will carry over into the album release show at Off Broadway on Thursday night.

Despite the storyline and Bowers’ fluency as a lyricist, this is still a percussionist’s record. Tracks like “Forward Rhythm Agenda” and “Breaking for Conversation” in particular show his prowess and technique, with multi-tracked rhythm parts played on a variety of Brazilian instruments combining to mimic a full-on carnival drum line. Some moments are simpler but add essential texture; congas and bongos drive the clip-clopping rhythm to “Sofia (Walking with her Shadow),” which leaves plenty of room for cocktail piano and breezy flute — at least until Bowers kicks it into double-time and an easy stroll becomes a street festival.

His emphasis on rhythm is an exponent not just of his chosen instrument; for Bowers, these complex, multi-layered rhythms that wordlessly transmit love, adventure, longing and loss speak to the universality of music.

“That’s what we live and breathe — everyone is in rhythm,” he says. Of the feel-good nature of Brazilian music, he adds, “I think people connect with it somehow because it makes you want to get up and celebrate. It swings differently, too — it’s not heady, like some jazz is.”

If Nova is built around an intoxicating journey abroad, the making of the album represents a journey for Bowers during the eight years between solo albums. “It sounds cheesy, but something inside of me said, ‘You’re ready. You’ve grown up. You’ve lived between the last album and now and you have something to say.’”