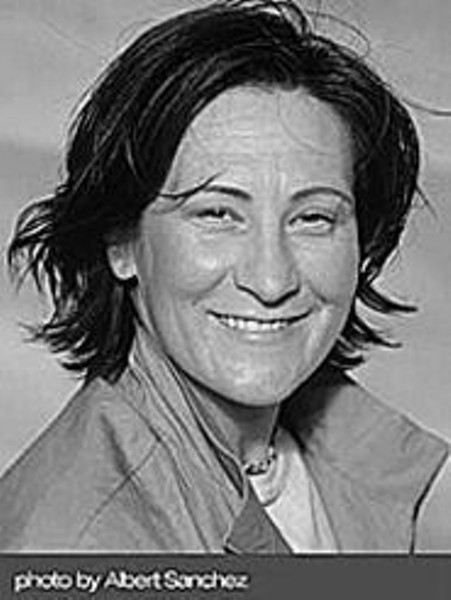 When k.d. lang released her first major label album, Angel With a Lariat, she was practically a performance artist, offering ironic commentary on the Nashville countrypolitan styles of the late '50s. Would anybody who last heard her in 1987 recognize her as the same person who this year released A Wonderful World, a duet album with Tony Bennett featuring Louis Armstrong songs delivered straight from the heart? Well, lang still has that impeccable sense of pitch, that ability to swing a melody, that dramatic use of dynamics. She is the same singer, but she's not necessarily the same performer.

lang claimed at the beginning to be the reincarnation of Patsy Cline, and it was hard to tell how serious she was about that. By her second album, Shadowland, she all but abandoned the ironic deconstruction of country for a whole-hearted embrace of the style. Her biggest hit at the time, "I'm Down to My Last Cigarette," foreshadowed Drag, an entire album of smoking songs released in the late '90s. It takes an artist with a spectacular sense of nuance to keep the urge to smirk deep in the background while singing songs from such a long-lost cultural perspective.

Nuance is lang's specialty and always has been, whether she's singing country, adult contemporary pop, dance music or jazz standards. Everybody remembers her rendition of Roy Orbison's "Crying" because of the sheer lung power she brought to the climax. That moment was so amazing in contrast to the control she displayed on the earlier verses. lang can sing big and bold and brassy, but she can also sing easy, quiet and light. This latter quality is especially highlighted on the record with Bennett. The two singers dance with an old-fashioned delicacy of step around familiar pop standards. In lesser hands, many of these songs would collapse into overly sentimental hysterics, but lang (as well as Bennett) achieves a graceful eloquence which pays tribute to Armstrong without even coming close to imitating him.

After all these years, lang has amassed a wide repertoire of stylistically diverse songs with which to display that amazing vocal talent. She remains one of the best singers in the world. If she's no longer playing around with the tropes of country's first attempts at sophistication, she has never abandoned her commitment to the truths she reveals in songs.