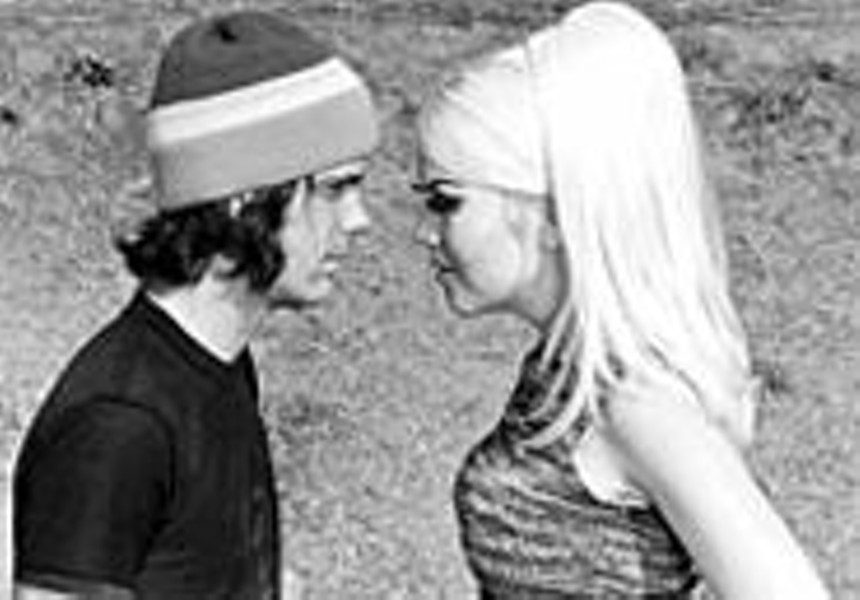 Musically speaking, Athens, Georgia, is best known as the home of R.E.M., but someone seems to have spiked the water recently, judging from the music now emerging. First, there was the post-rock sitar drone of Macha; now there's Jucifer, a boy/girl duo that's simultaneously the hardest and softest band to come from Athens. Frontwoman Amber Valentine's juvenile coo recalls Julee Cruise by way of Veruca Salt -- she sounds cruel, seductive, morbid and twice as chic as anyone has a right to be. The twist, though, is the guitar sludge that threatens to overwhelm her, aided by the pounding drums of her bandmate Ed Livengood.

Their rare concession to conventional categories (the thrash metal of "Queen B," a twee tribute to Tabitha Soren) notwithstanding, it's hard to know where to stick their album I Name You Destroyer in your record collection. It's too slow and sensual to be metal, too grinding for dream-pop and too menacing to come from any of the other highly touted coed duos du jour. The guitars, though, give props to the early-'90s grunge heyday, when bands such as Nirvana, the Melvins and Sonic Youth believed that distortion could save rock. All in all, it's not such bad company to keep.