Share on Facebook
Tweet
Submit to Reddit
Email
In honor Unreal's review of Jewmongous (and of course, Passover), here are ten other Jewish albums out there. Heavy Metal, Hip Hop and, of course, comedy.
OF 10
PREV NEXT 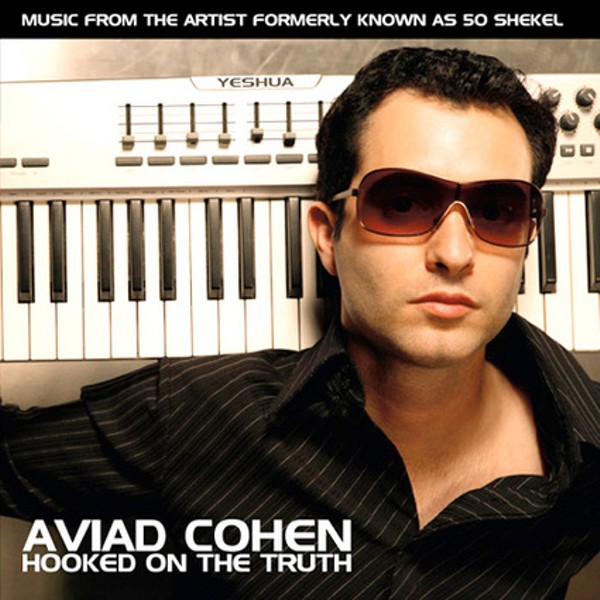 OK, this guy used to be known as "50 Shekel," a parody of 50 Cent, only without the bullet wounds and drug dealer rep. Now look at him, all cleaned up and electro-fied. The kicker -- he's down with Jesus, also.
The Worst of 2 Live Jews: The Best of the Shtick's
According to the product description of this rap CD, performed by two young white Jewish men, “What started as a joke became one of the most popular comedy acts of the '90s.” That's an assertion up for considerable debate.
Another essential 2 Live Jews comedy production!
Schlock Rock: Learning is Good
The first Shlock Album features ''Learning is Good,'' ''Abarbanel,'' ''Old Time Torah Scroll'' and ''Making Aliyah Today.'' Released in January 1986.
Chutzpah: Hip Hop Fantasy
According the band's biography posted on its Web site: the first ever Jewish Hip Hop Supergroup – have been together, on and off, for as long as anyone can remember. Brought together by the magisterial Dr. Dreck, a profoundly influential figure in the annals of Hip Hop, the trio consists of Master Tav, the lead rapper; MC Meshugenah, the slightly unhinged one; and their tagalong fourth, Jewdah; the Jewish/Rastafarian, toaster/philosopher.
The cover of our Unreal review this week.
MC Serch: Return of the Product
The former member of 3rdBass had a brief solo career. 3rdBass were no joke, they took potshots at MC Hammer and Vanilla Ice in the early '90s. Alas, rumor has it he wasn't bad enough -- the Beastie Boys wouldn't let him join their group.
Alan Eder and Friends: The Reggae Passover
The album descriptions states, 'Traditional Passover songs sung in Hebrew with reggae and African-inspired rhythms. There are plenty of reggae Christmas albums but this is the first that blends 'music from the Jewish and African Diasporas'''
Salem: Necessary Evil
Controversial Israeli doom metal band.
Bob Booker & George Foster Present: You Don't Have to be Jewish and When You're in Love the Whole World is Jewish
A comedy album, “These Jewish jokes were ones that could be repeated at any office gathering or weeknight Pan and Poker games, like the ones I recall my parents having in the mid '60s,” says reviewer Hal Lifson.
More slideshows

The "Moving Forward" Black Pride Festival in the Grove
28 images
1/10
OK, this guy used to be known as "50 Shekel," a parody of 50 Cent, only without the bullet wounds and drug dealer rep. Now look at him, all cleaned up and electro-fied. The kicker -- he's down with Jesus, also.
Play Slideshow