Butts, whips and cigars: It's just another day at the Bindlestiff Family Cirkus 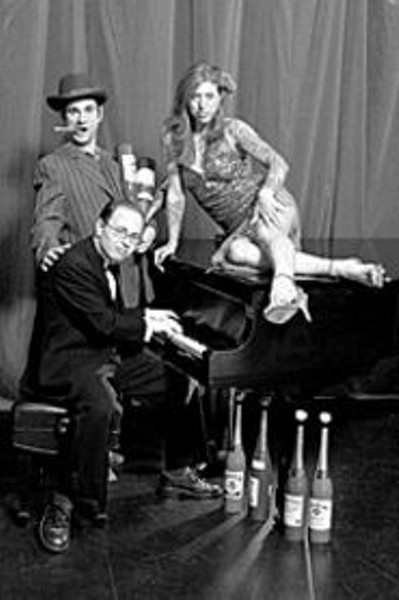 Who doesn't long to return to the halcyon days of youth via the olde-tyme pleasures of the circus? The juggling of the clowns, the priapic thrill of the sword swallower, the classic tomfoolery of a man with a cigar clenched betwixt his nether cheeks while a beautiful tattooed women slices said stogie with three quick slashes of her whip -- this is Americana at its finest!

At least it is in the nighttime world of the Bindlestiff Family Cirkus. This New York-based performance-art troupe honors the long and sometimes ribald history of American circus performance by recognizing not only the sanitized, family-friendly fare of the modern circus, but by reviving the circus' predecessors and offshoots: Vaudeville, variety shows and, yes, the burlesque houses of our fathers' era are all celebrated by the Bindlestiffs.

Led by Mr. Pennygaff (Keith Nelson) and Philomena (Stephanie Monseau), the Bindlestiff Family Cirkus covers almost 100 years of spectacle in From the Gutter to the Glitter: A Night Out with the Bindlestiffs. Joined by pianist/clown Peter Bufano, Mr. Pennygaff and Philomena's mad dash through the novelty songs that wowed the Civil War crowds to the ring-a-ding-ding comedy and flair of the Rat Pack lounge era offers something for everyone.

Well, not really everyone. The Cirkus' Web site (www.bindlestiff.org) includes a review by the Georgetown University Hoya, which takes a less-than-favorable stance on Philomena's whip-and-cigar act.

But you're no college prude, are you? You crave excitement and danger and drama! You want, nay, you demand to see a juggling ménage à trois (less dirty than you think it is, but still entertaining). You're woman enough to witness Mr. Pennygaff's sword swallowing. You're man enough to witness the secret of their signature balloon act (the mind reels at the possibilities; is it Josephine Baker-meets-balloon animals? Please?). In short, you're mature enough, edgy enough and curious enough for a night at the Cirkus.