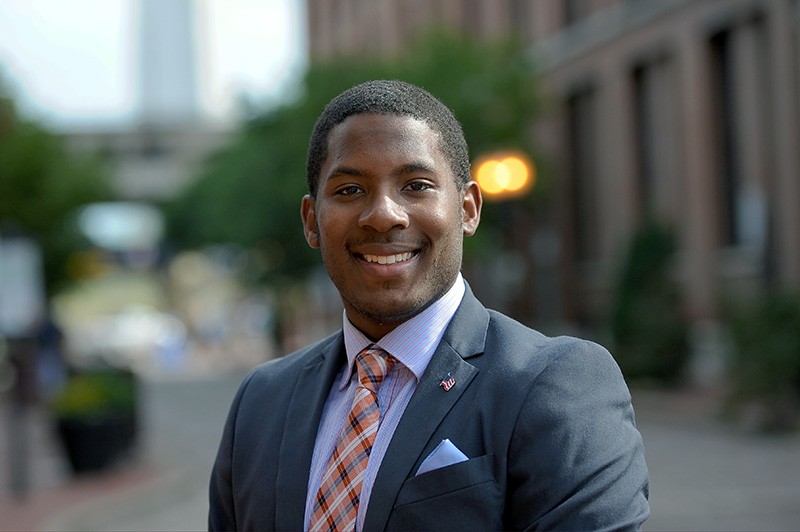 After the central committee's July meeting, chairman Bob Hilgemann expresses his excitement to RFT about the upstarts vying to join the club.

"You've got to encourage these young people to get involved and take on the system," he says.

It's been a long road for Hilgemann, who is 66. In the '80s, he failed to garner any support among Central West End Democrats, but in 1997 was finally elected state rep for the 64th district and served four terms. He's been on the committee since 2004, and was elected chairman in 2014.

His interview with a reporter is interrupted by a young man in a suit and bowtie. Marty Murray, Jr., is the 27-year-old running for committeeman in the 7th Ward. Murray, who has published a book on how to dress like a gentleman, is a project manager at a Fortune 500 company in St. Louis.

He exemplifies the diversity of the committee insurgents: He did not arrive at politics through the Bernie Sanders campaign or Black Lives Matter, but rather through the more traditional route of volunteering for Tishaura Jones, the current city treasurer and mayoral hopeful.

Murray will be fighting an uphill battle: He's running against Brian Wahby, who chaired the central committee for eight years before stepping down in 2012. Now an at-large member of the Democratic National Committee, Wahby has a long history of championing the party, a knack for fundraising and solid name recognition in his ward, not to mention citywide.

Murray doesn't fancy himself a giant-slayer, but rather a young man who tried to find information online and couldn't.

"I'm not in some big conspiracy to dethrone people," he says later in a phone interview. "I actually like politics, and I had the toughest time trying to find info about Democratic organizing in the city. Not having a website didn't help."

That morning of the central committee meeting, Murray introduces himself to Hilgemann, shakes his hand, slips a reporter his business card and then excuses himself.

"You know, I was an upstart, years ago."

Editor's note: A previous version of this story provided the wrong district info for Ben Murray. He is in the 80th district, not the 81st.