Eighty years ago, during the Great Depression, the guy with the real juice in any city ward was not the alderman. It was the Democratic committeeman. He was the point man for city services, the deliverer of Christmas baskets, and most importantly: He could get you a job.

If a position opened up at a nearby factory, on a New Deal project, or at City Hall, which then employed 7,000 people, he would find out at once and place you in it. You would thank him by donating ten percent of your salary (called "the lug") to his ward organization, and you'd vote for all the candidates he endorsed. Thus churned St. Louis's political machine and its basic quid pro quo: jobs for votes.

However, as Lana Stein observed in her history, St. Louis Politics: The Triumph of Tradition, the committeeman soon lost clout. His pool of jobs drained in 1941 when civil service reform cut him off from many openings at City Hall. It shrunk again when factories closed down and folks fled for the suburbs. As buildings and infrastructure decayed, redevelopment became urgent. This required legislative action from the aldermen, who stepped to the fore in ward affairs. Meanwhile, a committeeman's endorsements faded in importance because candidates started knocking on doors themselves, bypassing the middleman.

That's not to say that the committee spot is a worthless relic. City elections are typically low-information contests, meaning voters don't base their preferences on policy so much as on names they recognize. A committee seat offers name recognition, so it can serve as a springboard to higher office.

And then there are those political vacancies: If an alderman, state rep or state senator leaves office early, the committee persons confer among themselves to select the new Democratic nominee, who usually wins.

Although even that is no longer a guarantee. In July 2014, the 15th Ward's Jennifer Florida left her seat on the Board of Aldermen to serve as Recorder of Deeds. As a result, the ward's committeewoman, Missy Pinkerton-McDaniel, wanted to nominate herself as the Democratic nominee in the special election. She persuaded her male counterpart to support her, and the central committee approved their joint decision (the body as a whole has customarily deferred to the wishes of individual members affected by a vacancy).

However, Pinkerton-McDaniel failed to consult the 15th Ward's grassroots network of Dems. That group's activist vice president, Megan Ellyia Green, decided to defy the central committee's candidate by running as an independent. In September 2014, Green won, then immediately switched back to the Democratic fold. And for better or for worse, she has been shaking up the old alliances at City Hall ever since.

Did Green's displeasure with the central committee's vacancy-filling process also inspire her to mastermind the progressive onslaught against it? That's definitely one of the rumors in Democratic Party circles. Asked directly, Green says she felt "flattered" to be credited with that kind of pull. In reality, she says, the movement arose organically in the partisan froth of the Bernie Sanders campaign.

In April 2015, right after Sanders declared his candidacy for President of the United States, his supporters in St. Louis quickly connected with each other online. Some rolled up to Iowa to knock on doors for him there.

These activists also began to huddle over beers on Monday evenings at 7 p.m. at the Tick Tock Tavern in the Tower Grove East neighborhood. In chats that sometimes stretched deep into the night, they agreed on the need to plant some of Bernie's national revolution on their home soil.

"The infrastructure of the party here in Missouri is basically non-existent," says Adam Kustra, a realtor and activist who attended those gatherings and then served as political director of the Sanders campaign in Missouri. "If you go to the Democratic headquarters in Jefferson City, the office is in obvious disrepair, for lack of funding. It's not a well-organized machine. And we've become a much more red state because of that."

(That's not just through neglect; blame Missouri's 2008 repeal of contribution limits to individual candidates. Donors who used to send cash to the Democratic Party are now more likely to send it directly to candidates, thus starving the party of funds.)

Kustra believes a concentrated bloc of progressives in St. Louis could sway the Missouri party as a whole by flexing its muscles on the party platform, as well as at the ballot box. "In the long run, we want to start shifting elections back to the left on a state level," says Kustra, who is running for state rep in the 81st District.

He's also running for committeeman in the 11th Ward, where turnout in the crucial municipal primary of 2013 was 20.44 percent.

"It's sad the low numbers we have," he says. "It's the job of the central committee to get people out to vote and to get people informed, and most of us just feel they've been not doing that."

Tony Zebrowski concurs. A 36-year-old tree care consultant living in the Shaw neighborhood, he too joined the Sanders crowd at the Tick Tock. He ultimately decided to run for Eighth Ward committeeman — and, with input from Green, tried to summon a citywide army to join him.

"Upon realizing it would be pointless to run for committee on my own, I went out and recruited some people," he says.

In late February, Zebrowski attended a workshop at the Workers Education Society, a left-leaning community center tied to labor unions. It was entitled, "How to Run for Committee Woman/Man." According to the organizers, about twenty people showed up for two separate seminar-style events that offered practical advice, such as how to file as a candidate.

As it turns out, another attendee of the workshop was Paul Fehler, who's now running against Zebrowski in the Eighth Ward. Fehler, 38, has his own progressive bona fides. He is a political data analyst who in 2011 produced the documentary The Pruitt-Igoe Myth. Last April, he caucused for Bernie Sanders at the meeting of the Eighth Ward Independent Democrats. He has attended their meetings for years and also won their endorsement.

Their 8th Ward committee matchup, pitting one first-time progressive candidate against another, shows that these races do not exist in a vacuum, and aren't always as simple as young Berniecrats versus old-guard moderates. To some degree, they carry over from earlier Democratic in-fighting. For example, in the March 2015 municipal primary, Fehler backed sitting alderman Stephen Conway, while Zebrowski supported insurgent Kevin McKinney.

"These feuds are sometimes focused through the lens of Bernie and Black Lives Matter, but in some ways this is just the old story of people duking it out in the primaries," says Ben Murray, a Democratic activist and himself a state rep candidate in Missouri's 80th district. "Some of this is the same kind of personality politics that have dogged city races since time immemorial."

And certain races look like outright proxy wars. For example, in the 20th Ward, one pair of first-time candidates is endorsed by Alderwoman Cara Spencer while the incumbent pair has the support of Stephen Jehle, the independent candidate she bested last year after a heated battle for the board seat.

Mayor Francis Slay, for his part, has donated to three committee candidates. He recently wrote a $250 check to Alison Dreith, the executive director of Missouri's NARAL chapter who is running for a committee seat in the 6th Ward. Perhaps it's no coincidence that she is going up against former city judge Mary Entrup, who also happens to be the wife of Slay's perennial rival, board president Lewis Reed.

State Senator Maria Chappelle-Nadal of University City has also joined the fray. She is currently challenging William "Lacy" Clay for his seat in Congress. In practical terms, she is barred by federal rules from using her state war chest to fund her campaign against Clay.

But since January, she has given a total of $16,000 to nine separate central committee candidates, according to state records, all of whom are running within the boundaries of his district, which encompasses the city.

Asked if she expects anything in return, she tells RFT, "My whole purpose is to have good government. I've got to get rid of my money somehow because I won't run for the Senate again, so I'd like to give it to people who are progressive and young." 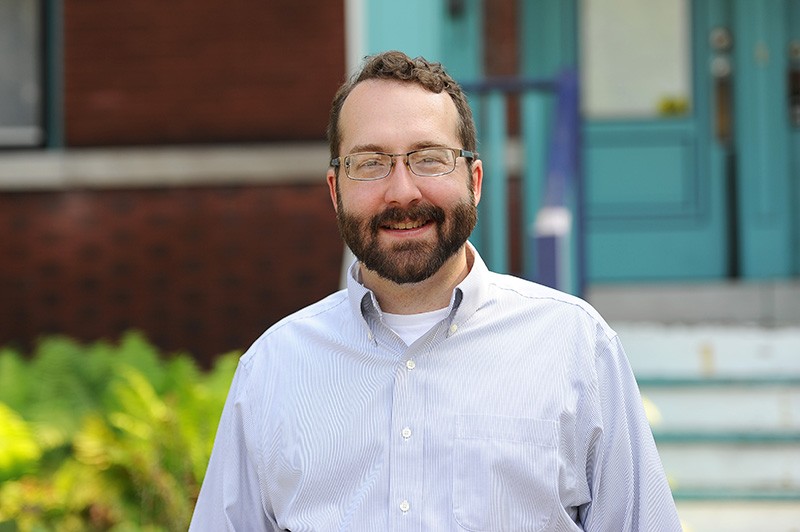