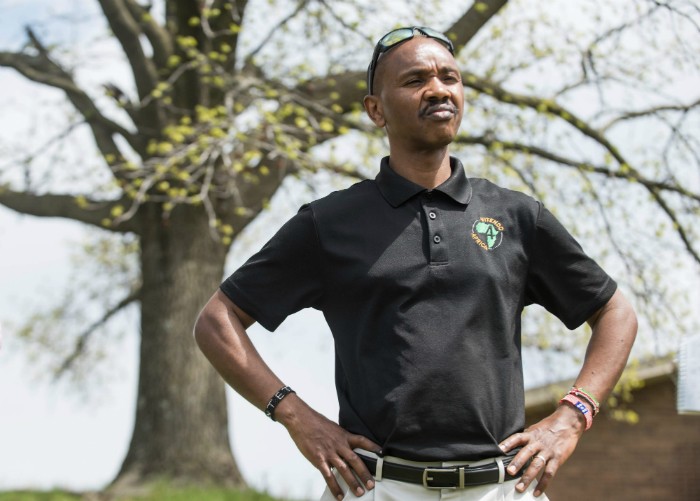 I first met Soyiantet last October. At the time, I was intrigued by Vitendo4Africa's collaboration with the Saint Louis Zoo, a partnership unlike any other in the United States. I wanted to learn more.

But I was also seeking something else: a reason to feel hopeful about the future.

For many years, a certain self-pitying sourness, a shift toward resentment and pessimism, had gripped many parts of the nation — places where the American Dream had been hijacked by something dark and ugly. And it was getting under my skin.

Truth is, people in large swaths of the United States, especially in rural Missouri and elsewhere, had given up on the American Dream.

Lots of books and articles offered plenty of explanations: the decline of organized Christianity; the seemingly unstoppable loss of millions of factory and farm jobs; soaring rates of income inequality; downward mobility for two generations of Americans; the fact that the United States' white majority is rapidly shrinking, and that within less than a generation America will be a majority-minority nation after 400 years or so of unquestioned white dominance.

Whatever the cause, Americans are dying in droves from this wave of pessimism. A 2019 report by the Commonwealth Fund found that the so-called "deaths of despair" — suicide, alcoholism and drug addiction — were soaring, especially in the states that voted for Donald Trump in 2016.

Trump, of course, had campaigned on a platform of racist populism and harsh anti-immigration measures. Once in the White House, he quickly surrounded himself with nativist extremists such as Stephen Miller, who made no secret of his desire to slash the number of dark-skinned immigrants coming to America.

I was curious to see how St. Louis' African community was holding up, how a group of men, women and children who had come to America, propelled by hope after surviving the horrors of war, genocide, plague and hunger, were doing after more than three years of Trump's racist invective.

But I also wanted to discover the key to their resilience.

Soyiantet, when we talked, refused to sugarcoat anything for me. Life was getting tougher, he told me in October.

"It's really scary," Soyiantet said of Trump's anti-immigrant rhetoric. "You don't know who will take his words seriously. ... Because of that, a lot of those in the African community live with a lot of fear. They think, 'I don't know who to trust now.'"

When I first spoke to Soyiantet, the Trump administration had just dramatically slashed the number of refugees and immigrants allowed to come into the United States. And more deep cuts in immigration flows were expected, dealing a severe blow to families already over here hoping to reunify with loved ones back in Africa.

"They received the lowest number in their history in this area," Soyiantet said.