In 2015, St. Louis Is Headed Toward the Most Homicides in Decades. How Can We Stop The Bloodshed?

9. St. Louis Has a High Murder Rate, Not a High Unsolved Murder Rate
It's not easy to pinpoint how many murders go unsolved each year.

First, police and prosecutors define "homicide" differently. If a drunk driver crashes into another car and kills someone, the cops don't consider that a "homicide" under the data they report to the FBI. The circuit attorney, however, uses the broader Missouri statute and could charge the driver with involuntary manslaughter, which indeed counts as as a homicide in their system. So their victim totals don't match up.

Secondly, the agencies track success differently. City police say that from 2010 through 2014, detectives cleared 56 percent of homicide cases — and that just happens to be the clearance rate for all similarly sized cities in the U.S. in 2014, according to the DOJ. Far from being an outlier, our police department's clearance rate is utterly normal.

The Circuit Attorney's Office, meanwhile, computes their numbers in terms of defendants. They claim to issue charges against 50 to 70 percent of the homicide defendants brought to their attention by police. 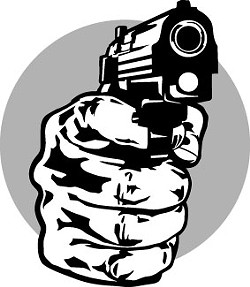 The DOJ does not track issue rates among state prosecutors, so there's no central database through which to make a comparison. When city prosecutors do take on a homicide case, they almost always win: So far this year, they've convicted 37 of 38 defendants.

But because the number of victims and offenders can vary by the case, and because some investigations drag on for years, and because some convictions get appealed and overturned, it's impossible to arrive at a reliable percentage of "solved" cases without first obtaining years worth of records from several branches of the criminal-justice system.

Regardless, any time a suspected killer goes free it's a concern — and in St. Louis, a "no-snitching" ethos is often blamed. The term refers both to the reluctance of witnesses to testify for fear of retribution and to a code of silence among criminals.

Joyce says retaliation against witnesses does happen, but not as often as commonly believed. She adds that her office can cobble together funds to relocate witnesses for their protection, even if the city lacks the resources of the federal Witness Protection Program. And she emphasizes that prosecutors do rely heavily on witnesses, despite the misperception — fueled by TV shows such as CSI: Crime Scene Investigation — that forensic evidence is always available and conclusive.

"There's a lot of people that just don't understand the criminal-justice system," she says. "People don't realize that, without their involvement, we're done."

Alderman French bristles at the "no-snitching" viewpoint that blames regular citizens for enabling a culture of violence.

"The idea that they're cowards is offensive," says French. Trust is strained because of police shootings and because police aren't careful with informant identities, he says. It's no wonder folks won't talk: "These people are making rational decisions."

Citizens may be rational, but as Sack and Joyce observe, many who commit criminal violence are not. So even if every witness cooperates and every murder gets solved, it's not clear that murders would cease. Tougher sentences — or even a certainty of getting caught — won't stop someone who has pulled out a gun because they're angry, or desperate, or both.

And that might be the scariest thing of all.

10. Homicide Affects All of Us
The statistics don't lie: Most murders in St. Louis take place far from the leafy corners and trendy cafés where people are reading the Riverfront Times. And most victims, as well as perpetrators, may not fit the profile of people you know. Statistically, they're likely poorer, younger and more likely to have criminal records.

Why should you care? If they want to kill each other, why is that your concern?

The murder rate here is giving all of St. Louis a black eye — and it may be keeping your property values down. A 2012 study by the Center for American Progress, a Washington-based progressive think tank, concluded that a 25 percent reduction in a city's homicides could boost housing prices citywide by 2 percent.

But even that slight number could be disputed. A 2010 study in the journal Regional Science and Urban Economics found that only aggravated assault and robbery had a meaningful effect on a neighborhood's property values.

Likewise, Christopher Thiemet, an owner of Circa Properties and himself a real estate broker, says that crime's effect on the real-estate market in St. Louis is highly localized. While some county residents may lump all of the city together, in general, the desirability of any given municipal enclave is not noticeably affected by what happens all the way across town.

"If you're talking about property values, an increase in crime may have an impact right where it happens. But if there's a dramatic change in crime four miles away, I don't see it having an impact."

Still, it's definitely not good for the city's image. And beyond that, there is a very real cost to the murders that are piling up in St. Louis.

It's not just the occasional eruptions into the areas thought to be safe zones — the high-profile shootings like Chris Sanna's, or the killing of Megan Boken, which jolted the city because it befell a young blonde woman in the Central West End.

It's also cases like the murder of Rashad Farmer, the young nephew of Alderman Jeffrey Boyd, who was gunned down in July near dusk at Lotus and Goodfellow avenues.

Farmer was just 23, and by all accounts a good kid in the wrong place at the wrong time. Devastated, Boyd unleashed a tirade to TV cameras, calling for the sort of anger that greets police shootings to also accompany those instances when young men kill each other.

"We march every time the police shoot and kill somebody. Whether they deserve it or not, I can't call it," he said. "But we're not marching when we're killing each other in the streets! Let's march for that. How about that?"

Self-interest aside, we need to care because, simply put, our neighbors are dying. The English poet John Donne may have put it best:

Any man's death diminishes me,
Because I am involved in mankind,
And therefore never send to know for whom the bell tolls;
It tolls for thee.

We are all diminished by murder. We may never be able to squeeze the number down to zero, but we all need to care.

Despite all the caveats and uncertainties laid out above, murder in St. Louis is a huge problem — and we cannot act as though it's a big mystery who is affected and in what neighborhoods. We've known for decades, even if the rate of killing fluctuates.