I Left St. Louis for College, and That's When I Began to Love St. Louis

FLICKR/PHILIP LEARA You don't think you'll miss St. Louis from sunny Florida ... until, suddenly, you do.

St. Louis is, well, St. Louis. It's a place we natives love to hate. The weather is disgusting, the roads are crap and the population is just small enough to guarantee an unwanted run-in with someone you know (and don't want to see) almost every time you step outside.

But let's say you're not from here. In that case, the rules change immediately — and don't you dare say an ill word about our beloved city. What's not to love about the Gateway to the freaking West? St. Louis is awesome!

That's the exact point I have been trying to make while in college at the University of Florida. When I went off to Florida last August, I imagined that when I told my new classmates the name of my hometown, they would get that same twinkle in their eyes I get when I utter the words, "I'm from St. Louis." And they'd magically know all the wonderful things about it (the World's Fair, Imo's, the Arch, the freebies at every corner, you get the jist).

Instead, I have been greeted with responses including, "Isn't Missouri north of New Hampshire?" "What do you do for fun there if there isn't a beach?" And, "Do you take a tractor to school?"

Clearly, my fantasy of coming across people in north Florida who have an undying love for the Lou has not yet been actualized. And, as you've probably gathered, Gainesville isn't exactly a hub for Midwesterners.

The most annoying question, though, has always been, "You're from St. Louis? Why do you go to UF?" First off, Florida people, the University of Florida isn't exclusively for you, OK? Secondly, though I adore St. Louis, after spending my childhood in this town, I was growing tired of it. I allowed myself to believe St. Louis was boring. I decided the monotonous pattern of always going to the same places (gym, lunch spot, coffee place, dry cleaner) and always running into someone from years past was, well, exhausting.

Still, now that I'm gone, I've been reassessing my hometown. 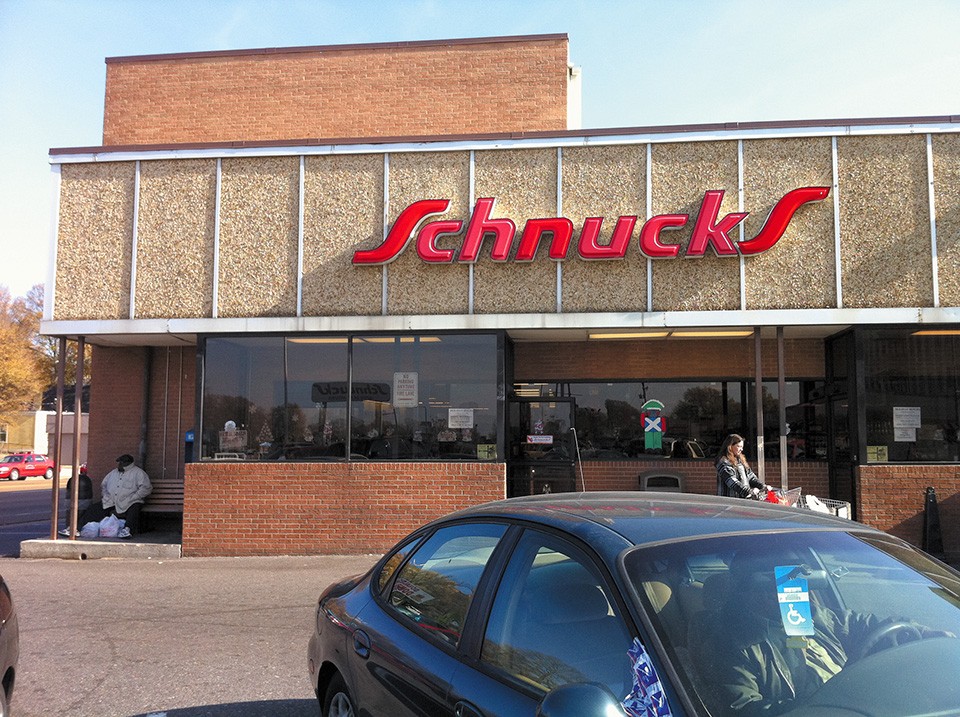 I kid you not, the first time I got emotional longing for my hometown was when I realized just how much I missed the kale-and-quinoa salad from Crazy Bowls and Wraps. (OK, yeah, Crazy Bowls isn't just a St. Louis thing, but it might as well be unless you're in select parts of Illinois or Ohio — and the heart wants what it wants.)

From there, I quickly found myself getting defensive about this city. Though she has her wears and tears, St. Louis deserves respect. I'll be damned if I let an unknowing Floridian harp on my city because it's not near an ocean or doesn't have Disney World.

What's been most difficult about discussing STL with people not from here has been watching them realize they basically know nothing about this place. More often than not, the little they do know doesn't make the Lou look good (high crime, police brutality). Eric Greitens, Missouri's scandal-plagued former governor, certainly did my public-relations effort zero favors.

But the fact remains that St. Louis is cool. It just is. No, it's not a bustling city by any means and no, there aren't necessarily a million things to do here. But it is what you make of it. And it's severely undervalued (one of the eight most underrated cities in America, thankyouverymuch). Though it may not be the most popping city in America, it's got a nice density and a certain vitality.

So then how do I begin to explain St. Louis to my Florida friends and classmates? Well, first, I tell people it's awesome. There's so much to do here (the food, the park and all the weird-ass events), and more often than not, it's free (getting nosebleeds at the Muny, pretending to actually know something about art or history at the museums in Forest Park and looking at celebrity horses at Grant's Farm are some of my faves).

There are so many iterations of this town, too. You want fancy? We have fancy. Want a tree-lined street with corner bars and old red brick? We have many options. Looking for gritty? We've got that too.

And most importantly, even I have to admit, one of the best things about St. Louis is that it's home to family and friends. You never know where you'll run into an ex, or five exes. Maybe I don't always feel like small talk, but after living for nine months in a place where the faces around me are all strangers, I have to admit the familiarity here certainly makes that quick Schnucks run a lot more exciting.

So my advice to college students from St. Louis trying to represent elsewhere is this: Have your facts ready. Be prepared to fire off all of the tidbits that make St. Louis better than your friends' hometowns. Don't forget the little things that make this quirky, maddening, beautiful city so wonderful.

And maybe, just maybe, when you're living your college life away from St. Louis, you'll come to miss it too.

Camille Respess was an intern at the RFT this summer.