To understand why a media tour would become a showdown at the entrance to a city jail, you have to go back to the summer of 2017, when the conditions in the facility became undeniable — as the truth reached outside the walls through the voices of the detainees themselves.

That July marked the beginning of the activist-led campaign to close the jail, which at the time housed an average of 700 men and women. The protests were sparked by a bystander recording footage of men pleading for help through the jail windows, shouting urgently for relief as the interior temperature rose to more than 110 degrees.

The desperate scene drew national news, and while Mayor Lyda Krewson quickly announced the installation of temporary air-conditioning units, the pressure was on. A lawsuit filed in 2017, alleging "hellish conditions," drew further scrutiny and fueled calls for reform. 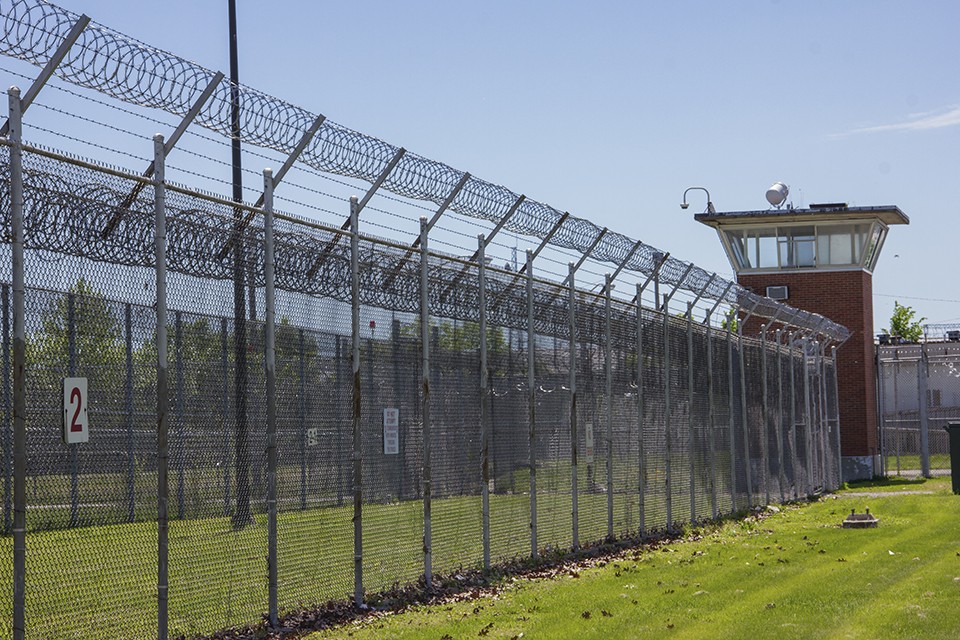 So began the recent era of media tours at the Workhouse. The first journey into its walls, however, was a product of some deceit: On August 4, 2017, Alderwoman Megan Green brought two undercover reporters posing as graduate students through the Workhouse — a group that included this reporter and a writer for the St. Louis American. We did not identify ourselves as press.

On that trip, we viewed trash piled in hallways and listened to multiple detainees describe the bugs, mold and misery of their lives. Most had been locked up for more than six months. Some had been there for years. Passing through a pod, a woman whispered at us, "This place is hell."

The undercover visit was followed by sanctioned tours. In March 2018, after months of requests by other news outlets, Krewson opened the facility to several TV, radio and print journalists. (Invites were pointedly not extended to the RFT and the St. Louis American.)

From the outset, the city's top public safety staff, who guided the media tours, used the opportunity to demonstrate that the jail was far from the awful image presented by critics.

That framing showed up in the resulting stories. The Post-Dispatch's coverage began with the observation that "Reporters saw no black mold, rodents or infestations of biting insects" and described the temperature as "a bit cool in some spots, comfortable in others."

TV coverage of the tours was similarly focused on evaluating the jail in light of its upgrades. When the stories included statements from detainees, the claims were paired with on-camera denials from Corrections Commissioner Dale Glass and Public Safety Director Jimmie Edwards.

Although most detainees experienced the Workhouse for long periods of time, the tours compressed the facility into a few minutes of television or a short online story. In Fox 2's report, the takeaways included insights such as that "the Workhouse smelled clean inside" and that "for the most part, inmates appeared as content as one could be in a jail."

At other times, city officials were openly dismissive of the detainees' experiences. In September 2018, Glass led a 30-minute tour for journalist Clark Randall, whose eventual story, published in the Guardian, described Glass' reaction to detainees shouting complaints as they passed by the cells. One man, Randall reported, said he hadn't been able to change clothes in two weeks.

"We've had a lot of tours here recently," Glass responded, "so forgive me that some of the inmates want to entertain."

In news accounts and public statements, the tours of 2018 produced a parallel version of the Workhouse from the "hell" described by current and former detainees — a contrast to the years of alleged abuses that covered everything from gladiator fights to overdoses, infestations to black mold, starvation to suicide.

Notably, the public tours were never held on rainy days, and were often set up with plenty of notice for the jail's staff. As a result, the Workhouse came off in subsequent news reports as rough around the edges but functional, secure and benefiting from millions of dollars spent installing air conditioning and upgrading the jail's electrical wiring, security-camera recording system and showers.

This tactic continued in November 2019, when Krewson announced a glowing report issued after yet another tour of the Workhouse — this time one not involving media, but a grand jury.

"While suffering years of bad press due to poor conditions, the current reality of the Medium Security Institution (MSI) was far different," the report said, as it praised upgrades to the jail's "older, more problematic portions." It pointed out "impressive new sleeping arrangements" and a bakery area "as well-equipped and clean as any commercial kitchen."

There was more to the apparent transformation than just physical upgrades, the grand jury found. While their report acknowledged the Workhouse as "still a place of incarceration," the jurors had been impressed by something more abstract than the smell of a freshly cleaned hallway or "improved shower facilities."

The Workhouse had changed, the report concluded, writing, "It does not convey a 'prison' vibe."