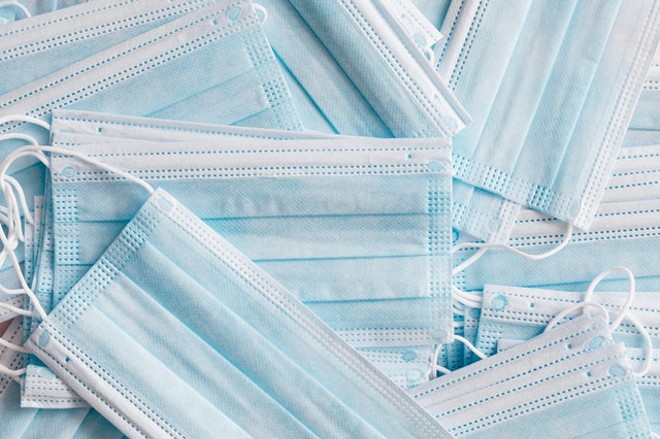 Where's an etymologist when you need one?

There's a problem here in St. Louis and across the nation regarding the words employed in a global pandemic. The challenges posed by COVID-19 are unprecedented in everyone's lifetime.

These prompt actions and reactions by public-health authorities — and the governments that oversee them — that can be unfamiliar and even unprecedented.

They're hard to describe, especially in a dumbed-down political environment that values tribalism over community, emotion over reason and semantics over substance. In the rare moments in which warring factions aren't talking past one another, they literally don't know what they're talking about.

No better example exists than the incessant butchering of the word "mandate." I'm pretty much the opposite of a Latin scholar, but the internet can render almost anyone an etymologist for a day, so consider this:

The word "mandate" evolved from the Latin "mandatum" which comes from "mandare" which literally means "gives one's hand." We call that shaking. But the most relevant meaning of mandare is "command."

Everyone knows what command means. When one is commanded to do something, it ain't voluntary. The phrase "I command you!" is never followed by "if you don't mind." In a democracy, legislators rarely employ the word "command" to describe a new law, and the executive branch of government generally doesn't issue edicts "commanding" the citizens to do something.

But that's essentially what a mandate is. It's a command.

Now consider another English word, one less commonly employed in political parlance. That word is "directive."

The Latin origin of directive is "directus," which in turn comes from "dirigere," which best translates as "set straight, arrange; give a particular direction to, send in a straight line; guide," according to my colleagues at etymonline.com. (Truth be told, I thought dirigere meant "butt.")

Now, dirigere is not at all the same thing as mandare. Remember, mandare is a command. Dirigere is a guide, one that involves setting someone straight. That was as true in the fifteenth century as it is today.

But for some reason, we presumably more enlightened humans have difficulty today distinguishing between a mandate and a directive. Somehow the folks who were wrapping up the Medieval Times had a greater command of vocabulary than we do today.

This is an important distinction. If city or county government in St. Louis commanded residents to observe mask or vaccine mandates, local jail cells might be teeming with oppressed anti-maskers and anti-vaxxers. Businesses would be heavily fined or shuttered for resisting the commands of a mandate. There would be hell to pay.

Fortunately, there are no mandates here. The city and county both have public-health directives setting people straight about the need to wear masks, wherever possible, as a means of combating the spread of COVID-19. There are also vaccine directives that go further by placing conditions on failure to comply, such as requiring the unvaccinated to submit to COVID-19 testing to stay employed. That's known as a quid pro quo (Latin for "give me dirt, and I'll give you weapons").

A COVID-19 vaccine mandate would command someone to become vaccinated against the disease, no exceptions. There are no vaccine mandates in America, nor should there be — only vaccine quid pro quos. That's not such a new thing. For more than a half-century, public schools have promulgated vaccine directives — quid pro quos, if you will — requiring school children to be vaccinated against polio and a dozen or more other deadly diseases in exchange for the privilege of attending public schools.

But that's not a polio mandate. Government never shows up at someone's door to implement a command. It's a polio directive.

It's hard to overstate the importance of the distinction between a mandate and a directive. By their very definitions, one must be obeyed and the other should be followed.

Directives yield varying results. For example, the city and county have similar directives — both mislabeled as mandates — yet while Mayor Tishaura Jones has received little blowback, County Executive Sam Page has remained under siege for months. Page's political opponents might have raged no matter how county health directives had been labeled. But their mission has been aided by Page's egregious blunders — ranging from disrespecting fellow Democrats to ignoring the role of a county council he once headed to the astonishing gaffe of going maskless in the luxury suite of a Blues game as if no one would notice.

Still, none of that detracts from the serious mission of health directives such as the ones rightly in place in St. Louis County. Health officials need to provide the public with the best and most current information available in an ever-evolving environment. Page's administration has done that.

Perhaps most important, public-health directives provide businesses with an independent source to depend upon — and to cite — when making decisions about protecting employees and customers. It's a form of political cover in an environment in which so many people have pretty much lost their minds.

As a practical matter, a true mask "mandate" would be unenforceable. But directives helping people make sound decisions are another matter entirely: They work to combat the pandemic.

Contrast that to the other side, the one screaming about liberty and tyranny. The anti-maskers and anti-vaxxers share one common characteristic: They are not working to combat the pandemic.

To the contrary, they have absolutely no plan — not even a suggestion — as to what should be done to slow the spread of COVID-19. And they're seldom even asked for one.

Miracles are nice. But they don't work so well as public-health policy.

That requires community buy-in and a sense of purpose you get by setting people straight and guiding them with science. But that can only be achieved with the right communication.

It's important to understand that words matter. In fact, it ought to be mandatory.